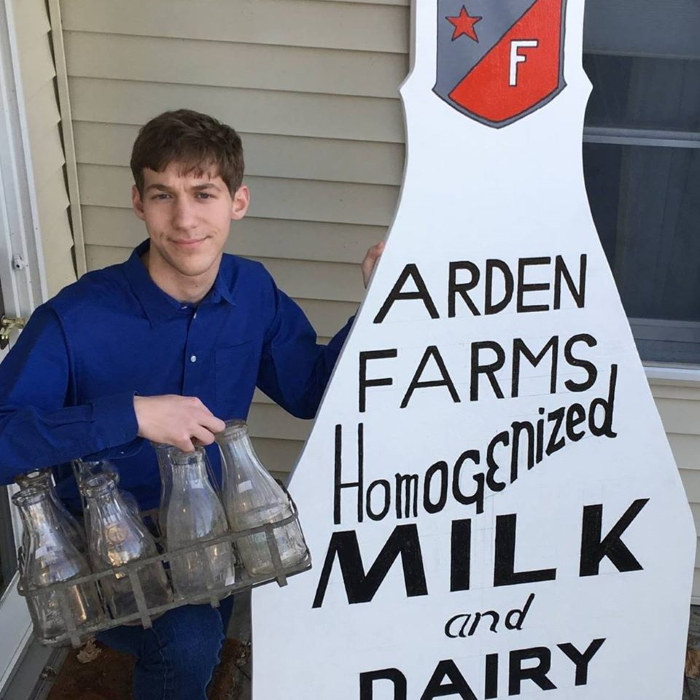 Alex Prizgintas, a sophomore at Marist College, is president of the Hudson Valley Bottle Club, which meets each month in Marlboro.

Why bottles?
It’s not necessarily the bottle but the history behind it. I love to hunt for who owned the bottles and how their business operated. It lends perspective to the amount of industry we had in the Hudson Valley, whether it was sodaworks or beerworks or even glass houses. There were many glassworks; Newburgh, Ellenville and Poughkeepsie were probably the biggest three [locations]. The industries here created a wide variety of bottles that have attracted national interest.

You restore bottles. How does that work?
I restore pyro-glazed milk bottles, which have ink-silk screening on them. The technique was invented in the 1930s but was used primarily from the ’40s through the ’70s. It’s still fascinating to see the colors and advertisements. I use oil-based paint markers to create an example of a rare bottle that will do until I can find a nicer one.

How do you find bottles?
Mostly online, but also at bottle shows. Our club has a show every August in Poughkeepsie. The last few years we’ve set records in both the number of visitors and vendors. There are also shows throughout New England.

What else do you collect?
Bricks, local railroad memorabilia and items from the Borscht Belt hotels of Sullivan County, such as Grossinger’s or The Concord. Bricks are the easiest things to find; they’re often right on the side of the road. I found most of mine near my house in Central Valley, but I’ve also found them in antique stores, walking along old railroad beds and around abandoned and forlorn structures. Bricks can be anywhere because they were such a commodity in the Hudson Valley. I also have a section of a wooden mold from the Dennings Point brickyard in Beacon.