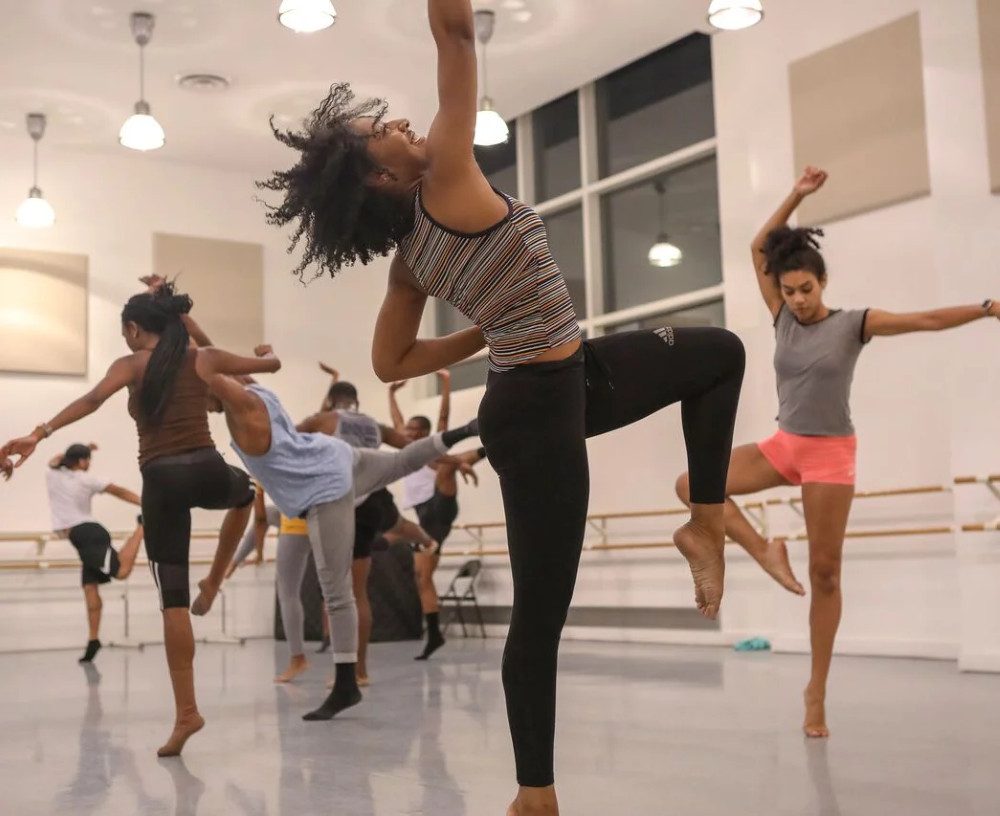 Dancers at the Creative Outlet studio in Brooklyn (Photo provided)

Jamel Gaines believes performing artists should be placed on stages, but not pedestals. Even as a student at SUNY Purchase’s dance program decades ago, Gaines says he never let himself get too lofty. “I’ve always seen myself as a regular person, connecting art to people,” he says.

Gaines, a Garrison resident, is the founder and artistic director of Creative Outlet Dance Theater, a Brooklyn-based company that recently celebrated its 25th anniversary. On Saturday, Feb. 1, he will lead a community workshop at 4 p.m. and a performance at 7 p.m. at the Philipstown Depot Theatre. Urban Roots: Dance! will be the first event in a Depot series called Flipside that is designed to bring art forms and productions to its stage that aren’t usually seen there. 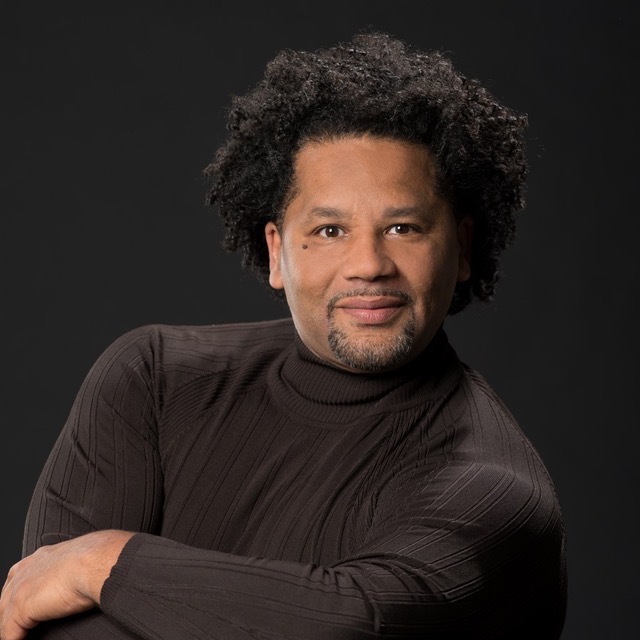 The workshop, he says, will be an open class for the community. “I’ll put music on and we’ll just explore,” he says. “It’s fun and it’s all about physical movement, nothing technical.”

The later performance will consist of malleable pieces, he says, in part to accommodate the Depot’s relatively small stage. One, called Cutting Edge, is full of “personal solos, lots of line and square shapes,” he explains, while another, Tribal Truth, is a “combination of modern, ballet and African dance and has an African folklore feel; it’s unstructured and almost like coming to a family picnic; there’s lots of clapping and participating.”

Gaines, who moved to Garrison to be near his teenage son, will be bringing some of his students from Brooklyn to perform.

Growing up, he says he “got bit by the arts thing at my local school, where there was a wonderful program, run by an amazing teacher, Diane Brown. She had the ability to get guys involved, and doing that naturally, so there was no time to think of any macho excuse. 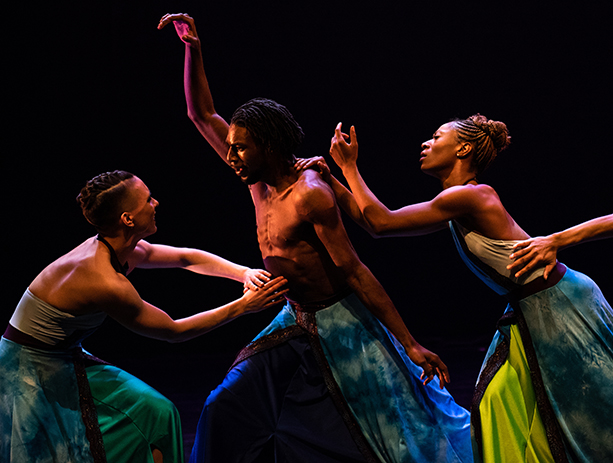 “That skill set was passed along to me. It was the late 1970s and she was able to take us to see a lot of original Broadway productions, shows like The Wiz, Grease, Purlie. I loved it, and part of that was I just always saw myself as a regular kid who was in the performing and cultural arts. I have a different build — I was always a football guy. I’m the oldest of six — four boys, two girls — from an athletic family. Swimming, running, biking: We were very competitive with each other.”

By the time Gaines graduated from high school, he had carved out a niche as a dancer, particularly in modern, jazz and African dance. He says he loved the diversity of the dance program at SUNY Purchase. “Both ballet and modern were equally important,” he recalls. “The way the structure was I thought after graduating I would be dancing and setting other people’s works.”

Flipside was scheduled for the Philipstown Depot Theatre by a committee of parents, supporters and volunteers who “reached out to artists who’d never performed at the Depot and thinking about performances that had never — or rarely — been tried here,” explains Ned Rauch, the Depot’s marketing associate.

The series will continue with a staged reading of a new musical (The Count, on Feb. 29), a one-woman show (My Story, My Voice, on March 7), a film about bees (The Pollinators, on March 8), a storytellers’ night (Night Train, on March 13) and a show featuring photographs taken by visually impaired people (Blind Visionaries, March 21).

Tickets are available through philipstowndepottheatre.org for each event, or all six can be purchased as a package for $96 at brownpapertickets.com.

He danced with a company called Jubilation!, but by the late 1980s the group had lost many members to AIDS at a time when many companies were already struggling to stay afloat. “I asked myself, do I want to sit around and wait for news of auditions or get a studio and friends and create some work?” That led to teaching and partnerships with schools, churches and other places “which had spaces which could be used as dance studios. These were often going unused.”

At its height, Creative Outlet Dance Theater had about 350 students in 40 schools, Gaines says. The numbers decreased after he decided to take a “life break,” helping raise his son and leaving Brooklyn for Garrison.

“Now that my son is older, I’m transitioning back to building the organization,” he says. “It’s been my life’s spiritual work. Dance is good for people. It’s a holistic, healing practice, great for coordination and for functionality of life movements, and it strengthens our health, as well.”

The Philipstown Depot Theatre is located at 10 Garrison’s Landing. Tickets are $10 for the workshop and $20 for the performance at brownpapertickets.com.