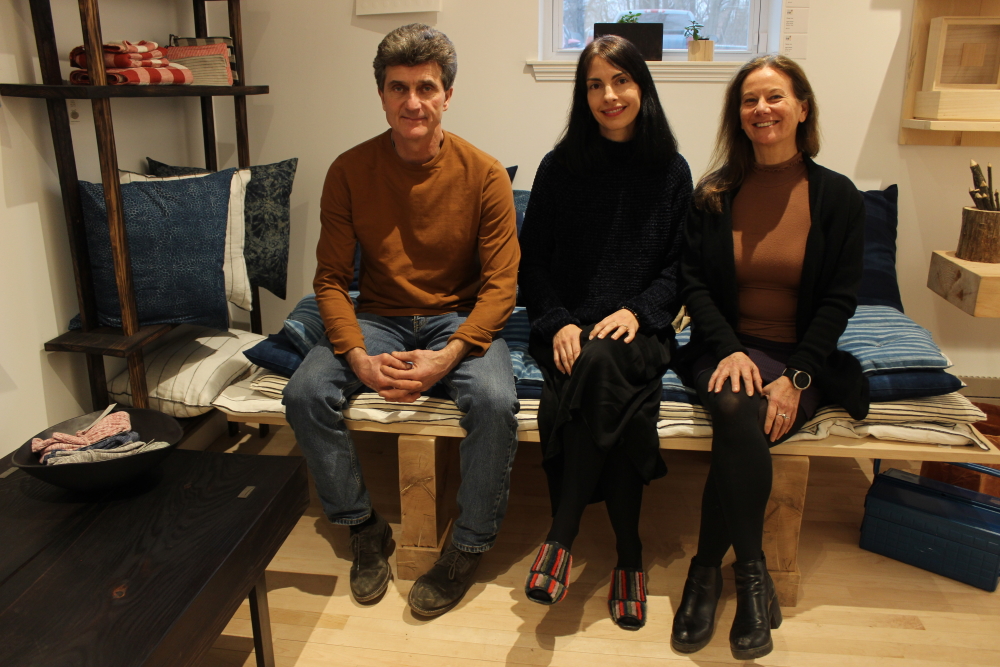 Two new shops in Beacon are cohabitating, sharing a storefront and displaying their products in ways that complement each other.

Ptacek Home fills two-thirds of the space at 146 Main St., No. 2, while LLTO (for Live Light Travel Often) has the rest. To a visitor who browses furniture from Ptacek used as perches for objects from LLTO, it seems a productive and seductive match.

“We’re sorting out who and what goes where, but the good part is that we bring in separate clients that may end up buying each of our products,” explains Tom Ptacek, who runs Ptacek Home with his wife, Melissa. “The whole store has a much more serious combination of craft.” 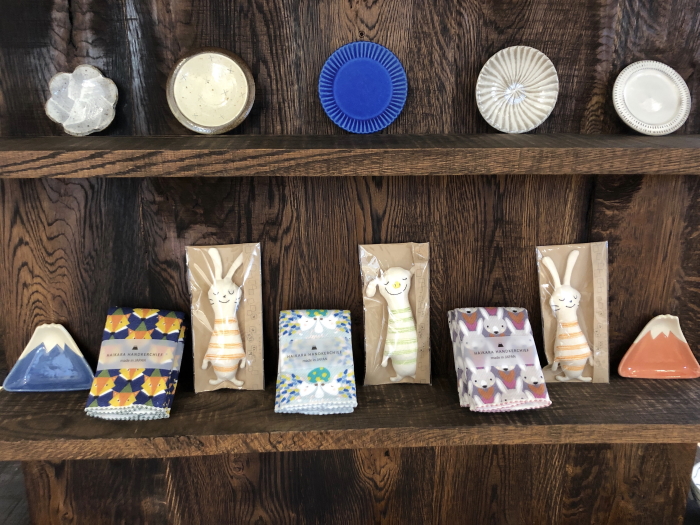 He says the couple planned on opening a pop-up shop but changed course when the space became available.

Tamara Reynolds, who owns LLTO, says the partnership formed quickly. “I’d been traveling and received a welcome home text from Tom — we had worked on various residential projects together for about five years — and I had to make an immediate decision,” she recalls. “Because I already had this line [of products] in my mind for some time, I was ready.”

Tom, as much artist as furniture crafter (and homebuilder), makes sustainable furniture, including bookshelves, day beds, tables and stools, from downed trees. Recently he had about 50 logs on-site at his Garrison workshop, some felled by “line guys re-doing holes on my road,” he says, and others taken out during renovations at Dolly’s Restaurant on Garrison’s Landing. 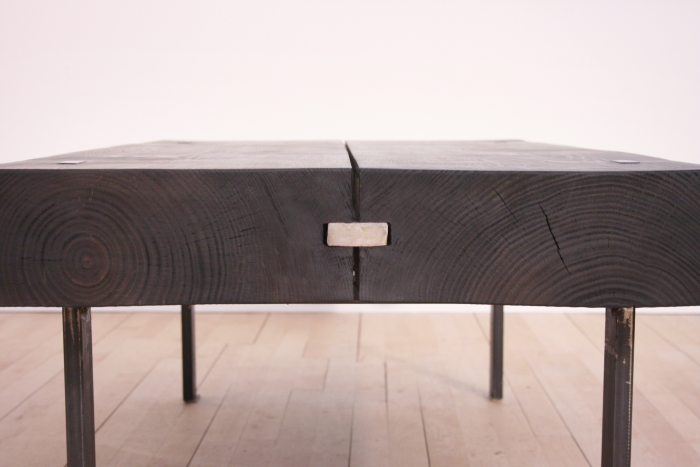 Like many woodworkers, Ptacek takes his cues from the wood — the ridges, graphic patterns and coloration.

“Most furniture is about price and convenience,” he says. “So much gets discarded as junk shortly after purchase. Take a teak-veneered piece of chipboard that gets steamed across the ocean, trucked across the land, hauled into a big box store. People use it for a while, it has a short life span — and of course the suppliers will sell you another gladly. There are many trees harvested here, taken to Asia, then returned here. That’s not good. This furniture will last a long time.”

The store is the couple’s “bricks-and-mortar portal to our online activity,” says Melissa, a textile designer and museum educator who met her husband in art school. “We just have a sampling of our work here.” Adds Tom: “We’re selling them in a price range that makes them practical. I view it as a piece of sculpture in your home, and you might never sit on it — or you might.” 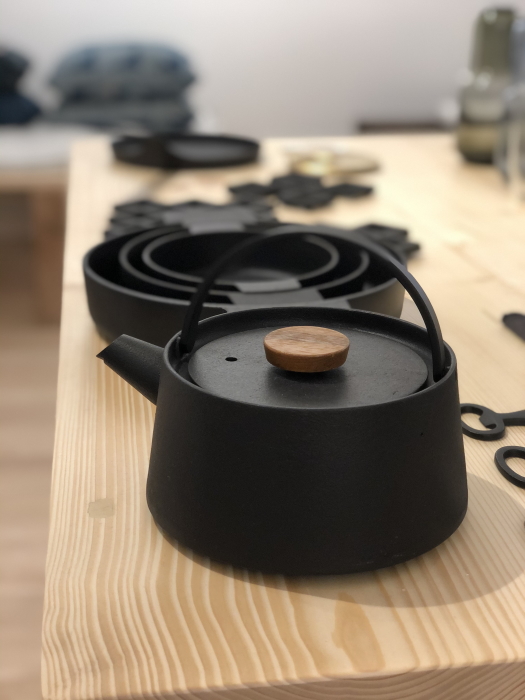 LLTO focuses on home and travel essentials, Reynolds says. “This is about having just the pieces you need, made by hand with masterful craftsmanship, often employing centuries-old techniques,” she explains. “We want each piece to be both beautiful and useful, sophisticated and streamlined, but not opulent.”

Reynolds says in selecting products she avoids newness for newness’ sake with each new season. “That effectualizes markdown and more unwanted product,” she says. “I believe there is a shift toward responsible business models emerging that do not generate this level of waste and overproduction. We want the purchases you make here to be with you for a very long time — maybe a lifetime.”

The stock includes many textiles, plus works in cast-iron and ceramics. Most items are tagged with cards that provide their background, with makers from all over the world, including the Republic of Guinea and Japan. 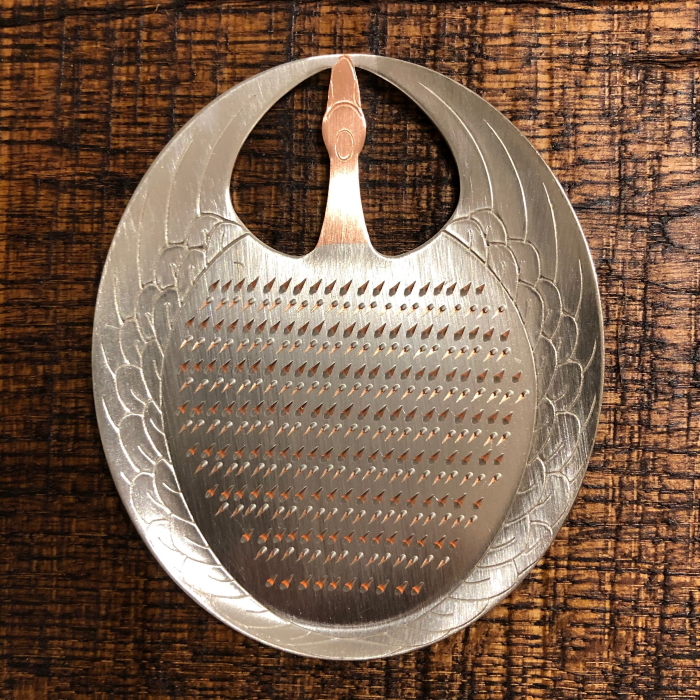 Reynolds has a background in fashion, much of it in indigo design. After graduating from Pratt Institute, she freelanced for companies like Tommy Hilfiger and GAP and was a design director at American Eagle Outfitters and Aeropostale. After moving to Garrison, Reynolds shifted to interior design.

“I wanted to bring my fashion and textiles background into the home,” Reynolds explains. “I had this concept percolating for about five years before launching the line. It’s heavily influenced by traveling to Japan four times a year, where I’ve been exposed to the philosophy of having relationships to things you have. I wanted every object to be very tactile — so you can feel the maker in them.

“A lot of the work in the store happens at night, but it’s a labor of love,” she says. “It was at a point where I couldn’t not do this, so I’m carrying this crazy load and my kids see how inspired I am and feel inspired, too. In fact, my son just asked for a loom!”