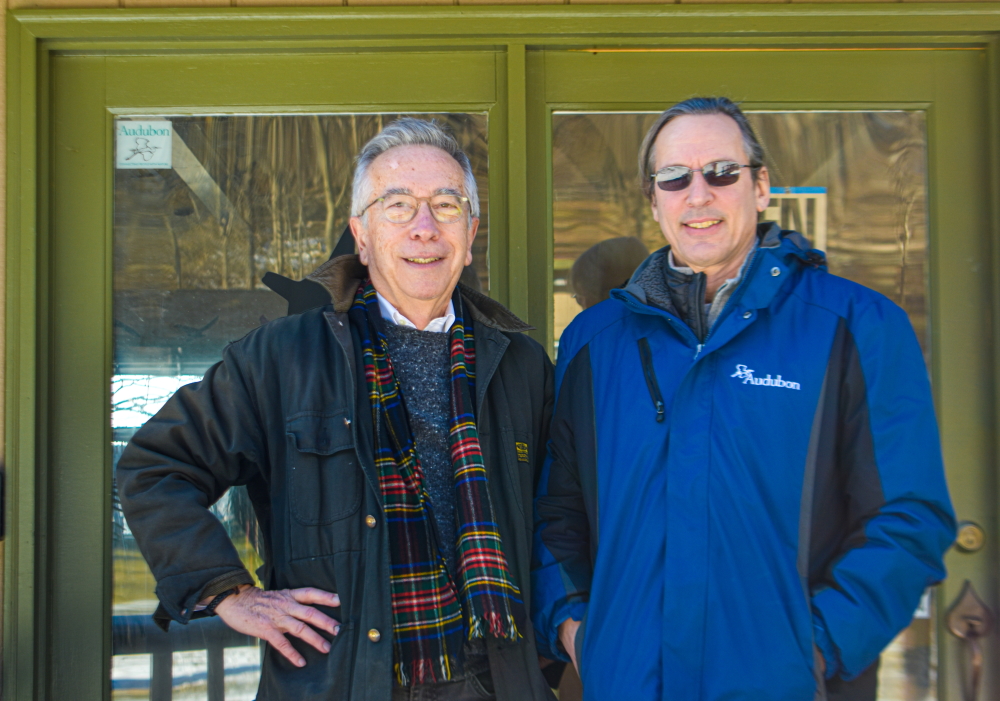 Bill Burback and Scott Silver of the Constitution Marsh Audubon Center and Sanctuary (Photo by B. Cronin)

This spring, the Constitution Marsh Audubon Center and Bird Sanctuary in Garrison will celebrate its 50th anniversary. The planning began this past fall when the center organized a gathering of environmental and other nonprofits in the Highlands to meet the center’s new director, Scott Silver.

But there was something else on the agenda, says Bill Burback, co-chair of the center’s advisory board: how the groups could “mutually promote our various programs and perspectives on the environment to get more impact.”

Burback said that one of the coalition’s goals is to serve as a clearinghouse for speakers so that educational groups have an easy way to find local experts. It also hopes to help groups add environmental elements to their programming.

One example that arose was the garden walks held at Boscobel in Garrison. “There’s no reason why they couldn’t also do a bird-watching walk, and we could supply them with a volunteer who knows birds,” said Silver.

Economies of scale also came up, with the idea that members of the coalition could save money through bulk purchases and save time through pooling volunteers. “If we share our limited resources, it could lead to stimulating ideas,” said Burback.

There’s still a lot that’s up in the air. For one thing, the group doesn’t yet have a name. “At some point, we’ll need to start referring to it as something other than ‘the coalition,’ ” said Silver.

While the initial meeting included representatives from more than a dozen nonprofits, Burback and Silver would like to add more. Email Silver at [email protected]