Two years ago, Beacon began to document its natural and cultural resources. What exactly did the city have going for it?

How about this: more than 4 miles of Hudson River shoreline; state-certified “important areas” for rare plants and animals; estuarine, marine, freshwater and forested wetlands; and 10 parks and preserves.

What’s next? Figuring out how to protect them.

The 64-page Natural Resource Inventory, or NRI, was completed this month. It is filled with dozens of maps and charts, definitions and data on nearly everything under the sun, literally, within the 4.7-square-mile city. 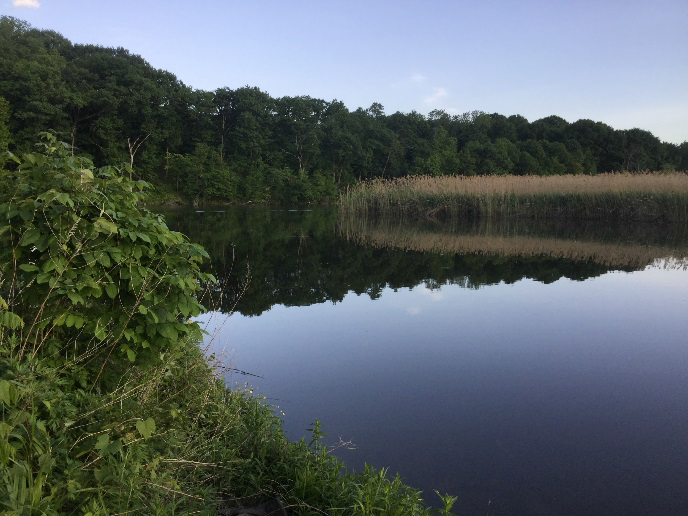 The reports points out the high level of biodiversity in the Hudson River, seen here south of Dennings Point. (City of Beacon)

“It really is a foundational planning tool,” said Laura Heady, the conservation and land-use program coordinator for the state Department of Environmental Conservation’s Hudson River Estuary Program, which advised the city’s volunteer Conservation Advisory Committee while it prepared the inventory. “We’re trying to get communities not to react to every project that comes their way, but to be proactive, instead, by thinking ‘What is our vision for this community?’ ”

One section of the NRI describes the topography and geology of Beacon; another indexes wildlife habitat, which around Dennings Point and much of the city’s eastern border is considered “high value.”

Another chapter catalogues natural scenic viewsheds, naming the Hudson River, Fishkill Creek and the Fishkill Ridge, which includes Mount Beacon, as the most significant. A map highlights the parks and other recreational areas where people can enjoy the views.

Each section includes “implications for decision-making,” which offers recommendations for policy-makers. In the case of scenic viewsheds, which both the City Council and Planning Board have wrestled recently with protecting, it suggests expanding direct access to the Hudson and creating walking and biking paths that connect the three scenic areas, while ensuring that preservation remains a priority when reviewing development plans. 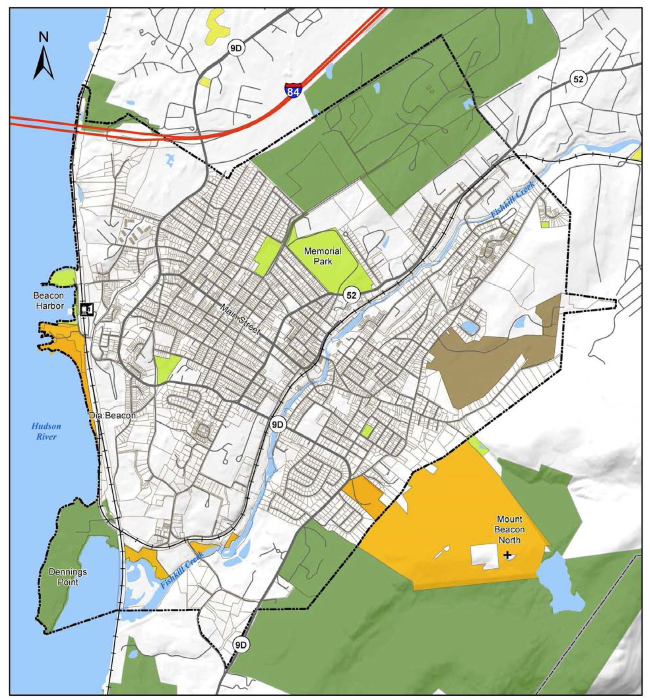 This map from the report shows Beacon’s open and protected spaces.

“This is essentially the best-known information that we have available,” said Air Rhodes, a City Council member who was part of the Conservation Advisory Committee when it began drafting the report. “These are maps that we’ll be able to perfect and refine over the years.”

Natural resource inventories date to a 1970 state law that authorized municipalities to create conservation advisory committees. But as technology advanced and provided more detailed maps and data, the inventories have become more complex.

In 2014, Heady co-authored a guidebook, Creating a Natural Resource Inventory. Since then, 18 towns, cities and counties in the estuary region, which stretches from Brooklyn to Schenectady, have completed NRIs, with eight more underway. But with 261 municipalities in the region, participation is still low.

In Ulster County, the Town of Wawarsing, a rural community with about 2,000 fewer people than Beacon, revised its zoning laws last year after completing an NRI and a supplementary Open Space Plan, said Town Supervisor Terry Houck, to create an expanded agricultural district and a Shawangunk Ridge protection plan.

The town also designated two “critical environmental areas” — the 8,000-acre Cedar Swamp forest wetland and 3,000-acre Catskill-Shawangunk Greenway Corridor. Doing so aligns with the goals of the state’s Climate Smart Communities program, which provides grants of up to $100,000 for climate adaptation and assessment projects for municipalities that develop the plans.

Beacon’s NRI brings the city closer to bronze certification in the Climate Smart program, which would increase its chances of receiving state grants, as well.

The Beacon report concludes with a handful of high-level recommendations: consider climate change in decision-making across all sectors, engage residents in the stewardship of natural resources and consider the impact of development on natural resources. Each is then broken down into specific steps for city leaders to review.