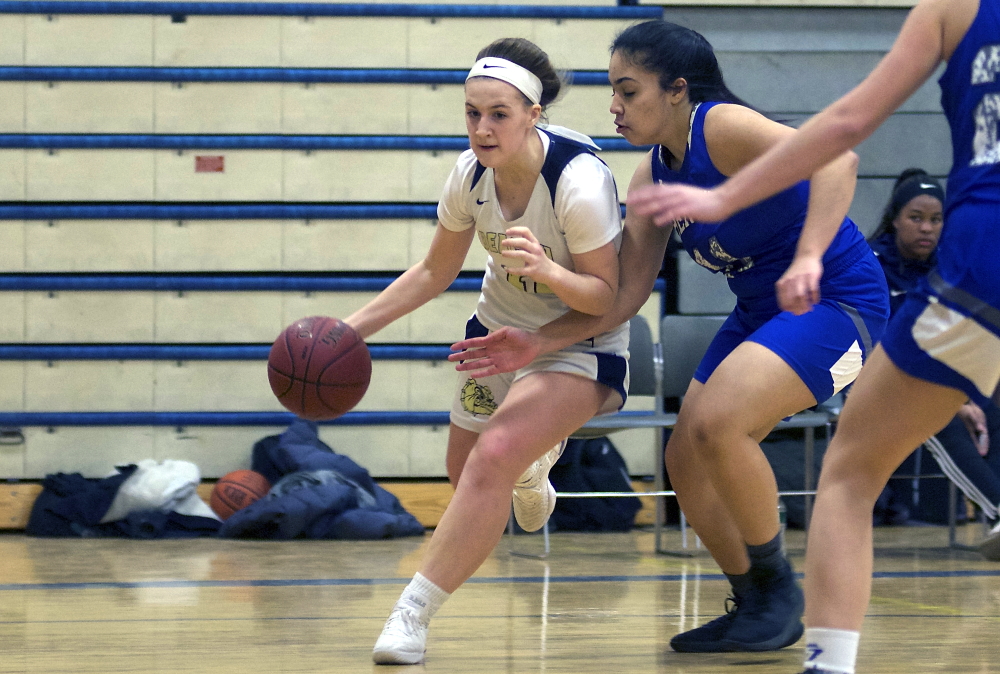 Eighth-grader Devyn Kelly is among the young players on the Bulldog varsity. (Photo by S. Pearlman)

Tough to stop Hendrick Hudson and its star

The Beacon High School girls’ basketball team had a few bright moments in its 58-30 loss on Wednesday (Jan. 29) to top-ranked Hendrick Hudson, but it wasn’t enough to slow the Sailors or their star, Caitlin Weimar, who will play for Marist College in the fall.

“We had a game plan coming in, but obviously Caitlin Weimar [who scored 23 points] is a phenomenal player,” said Coach Christina Dahl. “Our goal was to stop her, and we knew No. 5 [Grace Moretti, who scored 18 points] is a good shooter, so that was our plan. Do I think we executed it well? Not really. We gave them too many opportunities on the offensive boards.” 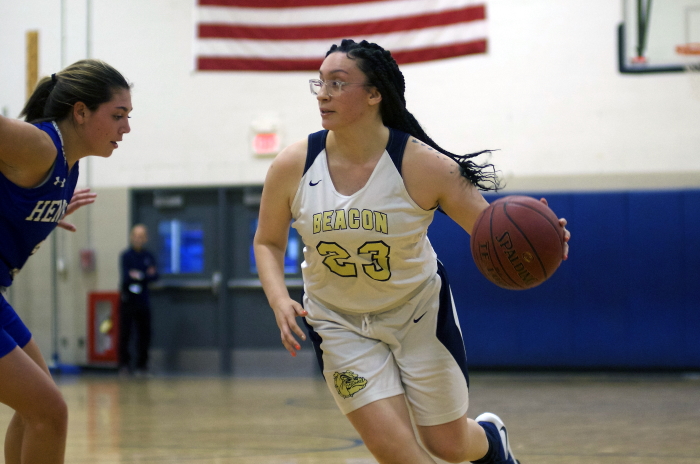 Dahl said that “when you play a strong team like that, you’ve got to do the little things right, including break their press. We made some poor decisions there. And we didn’t put the ball in the basket — that’s been something that’s been plaguing us all season.”

Dahl said that Gillins, her point guard, “is the hustle behind our team. Enita hit some big shots for us, and our seniors can find success when they work together. Our most improved player, Analiese Compagnone, has been aggressive.” 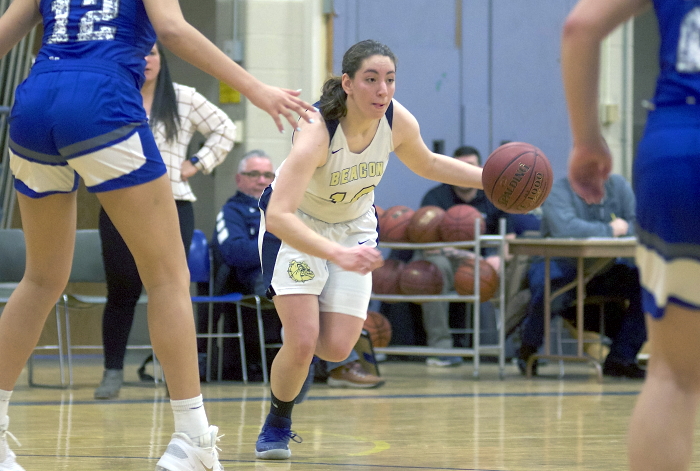 Skyler Kurtz looks for an opening against the Sailors. (Photo by S. Pearlman)

Dahl noted that she has a group of talented young players, including eighth-grader Devyn Kelly and freshmen Tianna Adams and Hope Cleveringa. “Being able to compete at this level is only going to make them better,” Dahl said.

With about two weeks left in the season, the squad is ranked 19th of 27 Class A teams in Section 1, according to KDJblog.com, the site of sports writer Kevin Delaney Jr. Only the top 20 teams qualify for the state tournament. Hendrick Hudson (13-1) is at No. 1, followed by Tappan Zee and Rye.