A Dutchess judge considered whether to jail the insolvent Nathan Ashby of Fishkill Landing in light of a state law passed the year before that “abolished imprisonment for debt in certain cases.”

The county began grand jury selection for an indictment of John Heroy, who was accused of stealing $175 in goods from George Sullivan’s store in Matteawan.

The Matteawan Manufacturing Co. was turning out about 120 dozen hats a day.

Capitalists from Massachusetts visited Matteawan to prospect the water power for the establishment of cotton mills and “are in negotiation for certain preliminary privileges.”

On appeal, a state judge ruled Edward Meredith to be sane. Meredith had been convicted of murder and sent to Sing Sing, where he “declared that he had found grave irregularities in the prison books.” In response, prison officials sent him to the Asylum for the Criminally Insane at Matteawan, saying he suffered from delusions. He had been released in 1894 and immediately wrote a tell-all book.

John T. Smith of Beacon, who served five terms in the Assembly representing southern Dutchess County, died at his home. He also was president of the First National Bank of Beacon.

Frank Shaw, 19, killed himself with two shots to the chest while stretched over the Beacon grave of Romola Gerow, 15. (A second newspaper account gave her name as Eva Taylor.) The Newburgh man was apparently distraught because his sweetheart had died while he was serving in the Army overseas. 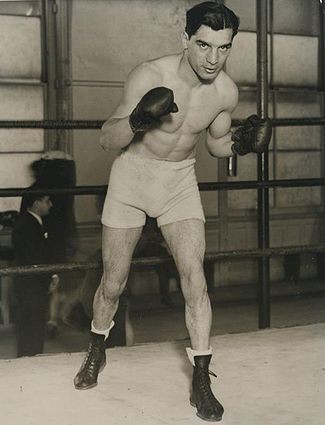 Frankie “The Bronx Spider” Jerome fought in Beacon in 1920.

Frankie “The Bronx Spider” Jerome won a decisive victory over Ray Lucas of Newburgh in a boxing match at the Wright-King Club with knockdowns in the first, fifth, seventh and ninth rounds. [Jerome died in 1924 at age 24 after being knocked out in a match.]

The steamer Poughkeepsie, enroute to New York from Beacon with a load of poultry, fruits and vegetables, was caught in the ice near West Point. Trucks were sent to Garrison but the ferry managers said their boats were too small to take them across. The ferrymen also refused to use their boats to carry the perishables back to Garrison.

While repairing the floor of the Academy of Music, carpenters came upon the mummified remains of two cats, which they surmised must have run under the floor when it was being installed 50 years earlier.

Charles Taylor of Beacon, treasurer of the Colored World War Veterans Association, based in Newburgh, was accused of embezzlement. 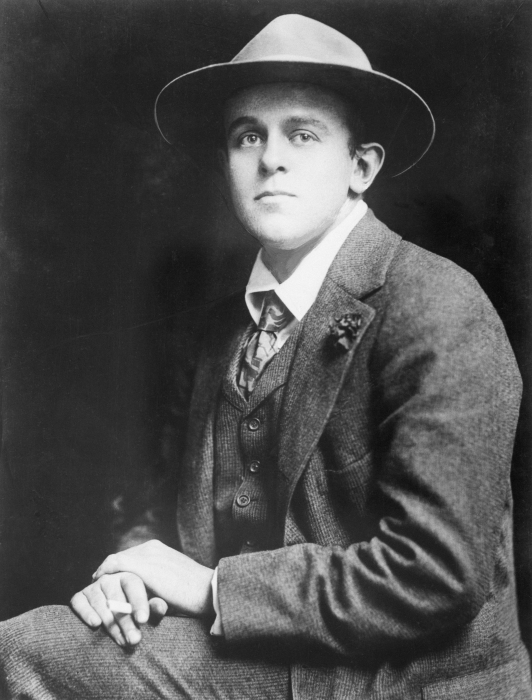 John Reed, the author of Ten Days That Shook the World

Harrison Ellison of 67 Tioronda Ave. was arrested on suspicion of being John Reed, the author of Ten Days That Shook the World, a firsthand account of the Bolshevik Revolution, who had been indicted in Chicago for “criminal anarchy.” Ellison told police he was not Reed but a former attendant at the Matteawan State Hospital who hadn’t been to Chicago in 15 years. After being held for four days, Ellison was released when New York City detectives arrived with a photo of Reed, who was clearly not him. [In fact, Reed had fled to Moscow in 1919 and died there in October 1920.] The county district attorney said he had no idea why Illinois authorities, in a telegram to the sheriff, identified Ellison as Reed and asked that he be extradited.

Louise Coldwell Post, formerly of Beacon, wrote a letter to the Beacon Herald about her new home on the island of Java.

Plans were made to add a maternity ward to Highland Hospital.

A jury deliberated for nine hours but deadlocked in the retrial of a lawsuit brought by a woman who demanded $10,000 from the city after she slipped on a sidewalk and injured her back. She had been awarded $2,500 but a state appeals court overturned the verdict.

A county judge granted Nellie Dolson, 22, a divorce from her husband, William, 28, “on the identification of his signature on a Poughkeepsie hotel register” with a woman who was not Mrs. Dolson.

Sgt. Major Edward Corwin of Beacon met John J. Pershing while photographing the general being introduced to the soprano Luisia Tetrazzini before a concert.

The Society for the Prevention of Cruelty to Animals noted in its annual report that the number of flagrant abuses in Beacon had dropped dramatically in recent years. It also reported it had investigated 612 complaints, secured 32 convictions, humanely dispatched 89 horses and ordered another 88 to be retired from the streets.

Beacon police responded to a report that two boys had drowned near “The Trees” swimming hole but discovered it was a misunderstanding. A woman had called to say that when she asked two children she found crying on Grove Street what was the matter, one replied that “two boys on a sled went in the creek.” Police found sled marks leading to the creek edge, but a priest located the boys in Groveville.

Priscilla Cavaccini of Cannon Street escaped injury when she leaped from her automobile as it skidded off Fishkill Avenue and dropped 25 feet to the tracks.

A 25-year-old Beacon woman was arrested for allegedly stabbing an assistant chef at the Dutchess Hotel in the head after the two had an argument at a tavern and he came to her home to continue it.

Word arrived that Pvt. Robert Bennett, 20, of Cliff Street, had been killed in an auto crash in France.

Frank Bettina, an electrician’s mate in the Navy and brother of Beacon boxer Melio Bettina, was reported wounded in action in the Pacific theater. [Frank had been aboard the USS Orestes when it was sunk near the Philippines by a Japanese kamikaze bomber. After returning home, he worked for Central Hudson for 35 years before retiring and died in 2010 at age 91.]

A state judge upheld a new Beacon law that banned lawsuits against the city for injuries incurred from falls on sidewalks unless a “notice of defective condition” had previously been filed with the City Council. It asked a judge to dismiss a $35,000 lawsuit by a man whose son had died after tripping into a window well.

The City Council approved what the mayor called “preliminary steps” for improving Beacon’s water system, including repairs to meters at the Melzingah and Mount Beacon reservoirs and a new meter for the Cargill reservoir.

After the heaviest snowfall in a decade, John Grosso, 63, a hatmaker who lived a half mile from the nearest plowed road, was trapped in his home on Mountain Road for four days while suffering from pneumonia. It took a pair of state troopers and a toboggan to rescue him through waist-deep snow on a steep slope that even a city plow could not navigate.

Petty Officer 1st Class William Barrack, writing from Saipan Island to his niece, Angelina Thomaselli of Beacon, said he was examining a life raft and noticed it had been made by the New York Rubber Co. of Beacon.

The Beacon Lumber and Coal Co. was, in December, supposed to receive three carloads of coal, which was being rationed because of the war, but did not get them until New Year’s Day. By the time the next load arrived on Jan. 31, it said 65 customers had been out of coal for a week or more.

A brochure for the Dutchess Ski Area

The Dutchess Ski Area at Mount Beacon hired four European instructors: Bernard Herrou and Jean Pierre Chatollard of France and Pepi Dattendorfer and Tom Wuzrainer of Austria. It also hosted its first international invitational giant slalom race with a half-mile course that dropped 600 feet through 26 gates. It was won by Gilbert Felli of Austria in 56.516, followed by Wuzrainer. [Felli is today the executive director of the International Olympic Committee.]

Jerome Williamson of the Beacon High School boys’ basketball team set a school record when he scored 39 points against Middletown, topping the 38 points recorded by Tony Komisar in 1954-55 and Lou Jackson in 1965-66.

The outgoing Republican administration left a surprise for the incoming mayor and council, the mayor said: an unpaid, three-month-old bill for $95,393 related to the design of a state-mandated secondary sewage treatment plant. The previous administration had said in 1969 it had a $60,000 surplus that allowed it to lower taxes. The former Republican mayor responded that the bill was supposed to be included in the bond to build the plant, not in the city budget.

A Green Haven Correctional Facility guard pleaded guilty to second-degree manslaughter for stabbing his wife to death with a bread knife during an argument in the bedroom of their home on Lydia Drive.

Engineering consultants told Beacon that the only source of water adequate for the city’s long-term needs was the Hudson River.

The Beacon school superintendent recommended the district build a new high school because of overcrowding.

At the request of a group of high school students, the district declared Jan. 15 as an annual school holiday in honor of Dr. Martin Luther King Jr.’s birthday. More than 150 students gathered at the school to honor King.

The Hudson River Valley Commission endorsed an overhead power line for Mount Beacon but opposed a plan for a 100-bed nursing home — which had already been approved by the Planning Board — for a slope off South Avenue. 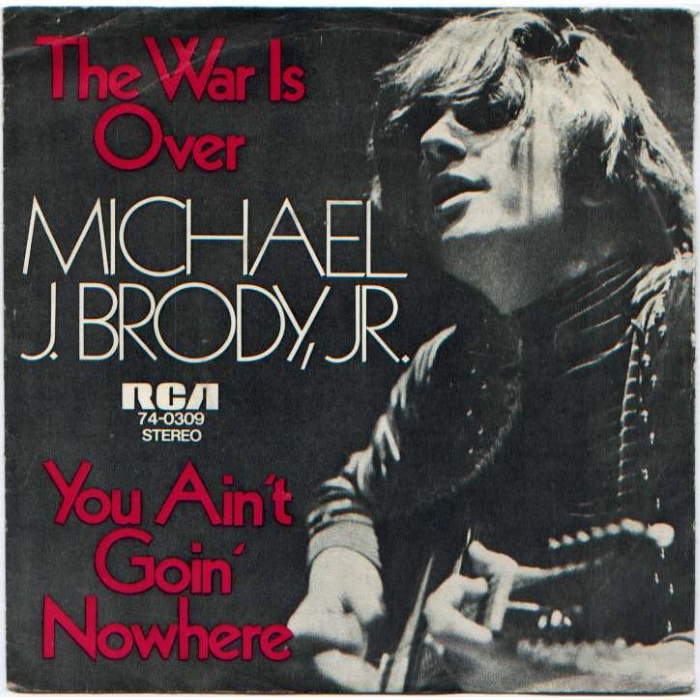 Two songs performed by Michael Brody were released by RCA

Four Beacon High School students — Andrea Sramek, Janice Marinaccio, Chris Whittingham and Kerry Garo — while on a class field trip to New York City, were browsing in a music store when a young man asked for their advice on selecting a guitar. It turned out he was the margarine heir Michael James Brody Jr., 21. He said he had budgeted $900, but since the instrument they suggested only cost $500, he gave them each $100. [Brody, who announced earlier that same month that he planned to give away his fortune because “money hasn’t made me satisfied,” killed himself in 1973.]

After seven years of walking laps each week at the Dutchess Mall in Fishkill, John Mara of Glenham hit the 9,000-mile mark.

The Beacon city attorney said his office obtained four convictions for violations by landlords of the building code. Two landlords were fined a total of $5,000, he said, including one who had welded a fire escape shut to deter vandals.

The Beacon High School cafeteria added Domino’s pizza to its menu, selling 229 slices the first day from its standing order of 40 pies. 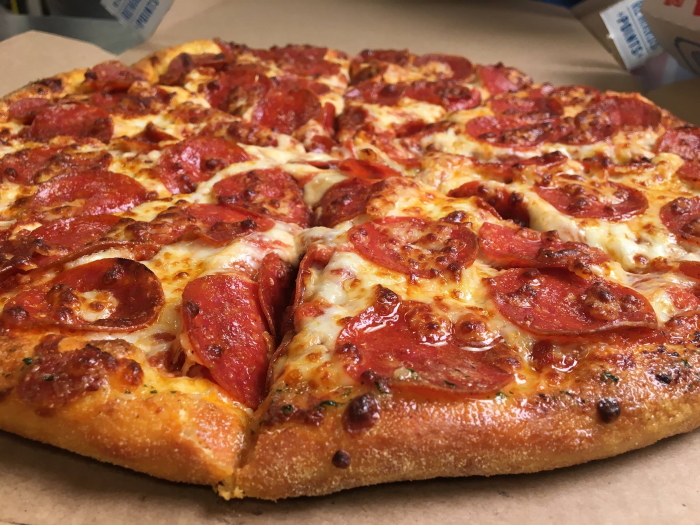 The Beacon City Council approved an agreement to provide fire protection for the Downstate Correctional Facility for $12,000 annually.

Beacon native and former longtime Notre Dame basketball coach Digger Phelps claimed during an interview with the Poughkeepsie Journal that he planned to run for president in 2004. “I want to coach the country,” he said.