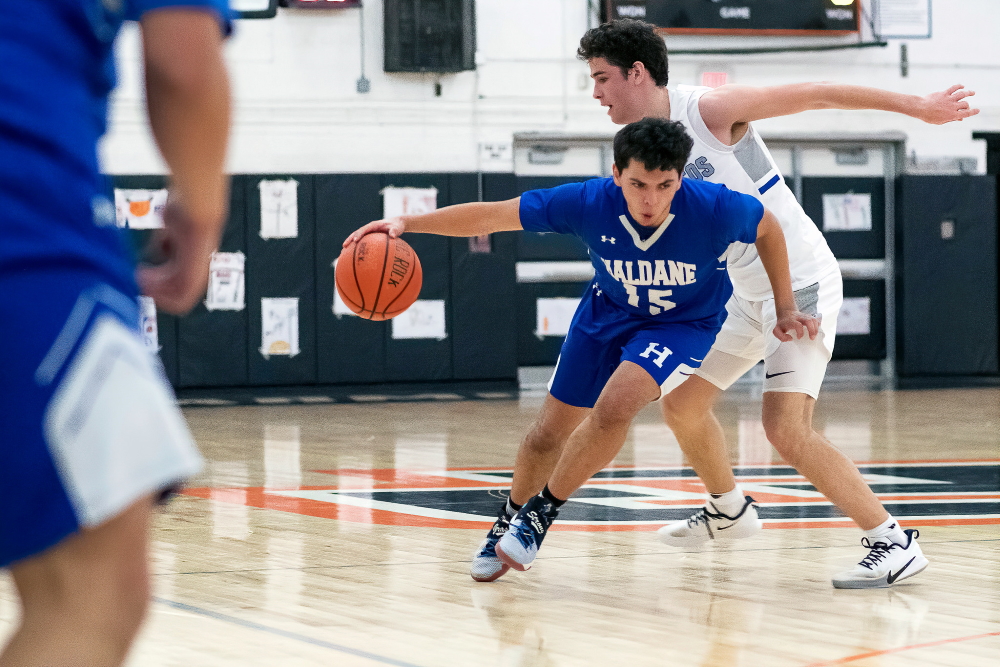 Beacon (6-11) picked up a victory on Wednesday in Montrose, beating Hendrick Hudson, 59-48, behind 22 points from Quazir Hayes. Adrian Davis added eight for the Bulldogs.

“It was an excellent game,” said Coach Scott Timpano. “We always have great battles with Hendrick Hudson. Ian Bautista [who had four points and more than 10 rebounds] played the hardest we’ve seen him go. It was a much-needed win.”

The Bulldogs led by double digits but the Sailors (4-11) made a run in the second half to cut the lead to two points with four minutes to play before Beacon regained control.

Beacon plays Red Hook on Saturday (Feb. 1) at Dutchess Community College, travels to Peekskill on Feb. 4 and closes its regular season on Feb. 6, hosting Lourdes (8-5). The Bulldogs are fighting for a playoff spot; sports writer Kevin Delaney Jr.’s site at kdjblog.com puts them at No. 21 of 29 Class A teams in Section 1, but only the top 20 teams qualify.

Haldane dropped a 55-39 decision at home to undefeated Briarcliff on Jan. 23 to even their record at 7-7. Senior Bela Monteleone scored 28 points, Liv Monteleone grabbed 10 rebounds and Molly Siegel had eight boards.

The Blue Devils are scheduled to travel to Pleasantville (8-7) on Saturday and will host Putnam Valley (11-3) on Monday at 6 p.m.

Beacon, which finished its season on Jan. 21 at 9-4, will host the eight-team league championships on Saturday with squads from Poughkeepsie, Lourdes, Peekskill/Hendrick Hudson/Croton, Eastchester, Tappan Zee, Woodlands and Nyack traveling to the high school pool.