Concerned that black history is being lost, Barbara McCaskill has over the years built a collection of clippings, posters, photographs and other memorabilia. Every so often the Beacon resident asks others — she describes herself as “persuasive” — to borrow parts of their collections and puts together an exhibit.

That time has come again. Her most recent effort opens on Saturday, Feb. 8, at the Howland Public Library in Beacon, with a reception from 1 to 3:30 p.m. The display will continue through March 1.

McCaskill, 75 (or, as she says, “nearly 76!”), mounted her first exhibit at the library in 2011, two years after she joined the Southern Dutchess chapter of the National Association for the Advancement of Colored People (NAACP). She timed it to coincide with Black History Month, which takes place each February. 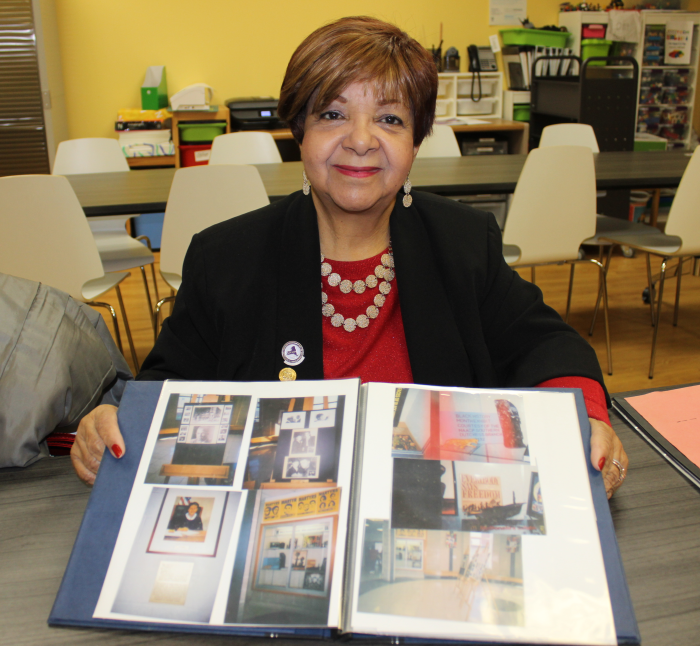 Barbara McCaskill, with one of the binders from her collection. (Photo by A. Rooney)

The following year, McCaskill returned to the library but also created a display at the Rombout Middle School. A librarian there had created a questionnaire for students to research famous black Americans, but most of them were contemporary figures that the children would have heard of.

“The idea of my collection was to put on an exhibit where parents could explain to their kids who everyone was,” McCaskill recalls.

To assemble her exhibits, McCaskill says she make lots of phone calls and visits to persuade people to lend their material, but nothing seems unfamiliar because phone calls and visits are also what she does as part of her volunteer work. Items for the display “come in little by little — I’m still working on some people,” she says, with a smile. “I want to highlight not just famous people but people who have done things in the Beacon community.” 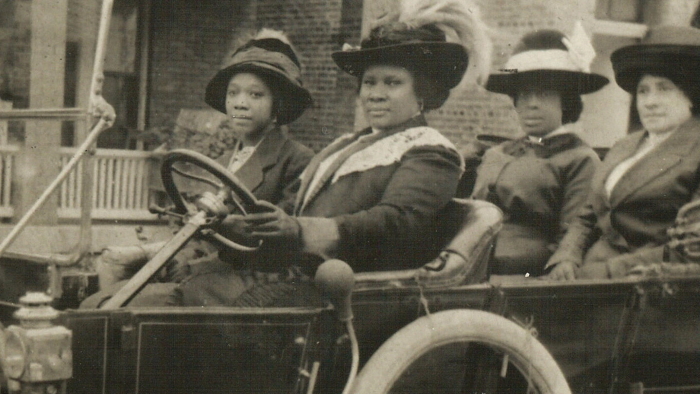 Madam C.J. Walker put herself in the driver’s seat

The local honor roll includes people such as community activist Leatice Morgan, who ran two foster homes and whose name can be found on a street sign running off South Avenue. “She knew all of the politicians in Albany,” McCaskill says. “Whatever it took to keep her program going, she did it.” (Morgan died in 2005 at age 91.)

Sometimes the memorabilia comes from unlikely sources. In the 1980s, McDonald’s gave out “Faces of Black History” tray sheets that highlighted prominent African-American inventors such as Madam C.J. Walker (1867-1919), who lived in Westchester County and whose line of hair products for African American women made her a millionaire.

McCaskill grew up in Kingstree, South Carolina. Her two older sisters attended South Carolina State. “I was the third in line,” she says. “There was no such thing as financial aid, so I said to my dad, ‘I can travel instead. I can go to New York, because it’s too much money pressure on you guys.’ 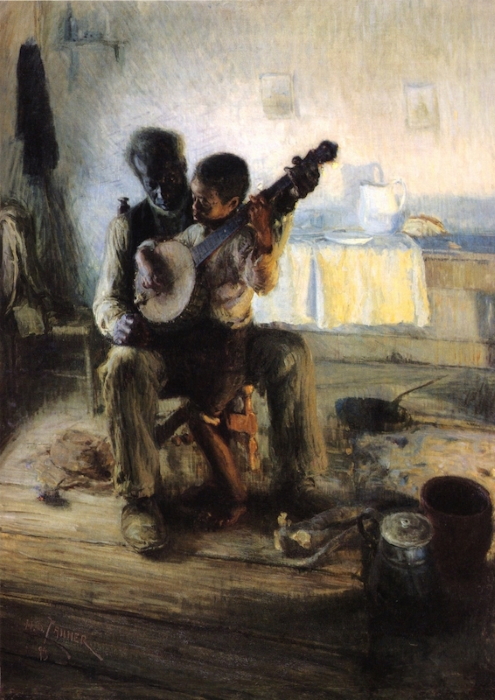 The exhibit includes a poster reproduction of “The Banjo Lesson,” by Henry Ossawa Tanner, which he painted in 1893 for an issue of Harper’s Young People.

“My father said he would send me to New York, to my grandmother’s. It was 1963, the year that our president [Kennedy] was killed, and I thought, ‘Now I will find my own little fortune.’

“But that didn’t happen and, like everything else, I stopped dreaming of it. I landed a nice little waitress job in White Plains and that’s where I met my first husband.”

McCaskill and her husband discovered Beacon when their son’s gospel choir performed in the city. “It reminded me of the small town I grew up in,” she says. After the family moved to Beacon, she initially commuted to a job in West Nyack. Frustrated with the drive, she opened a daycare for infants through 12-year-olds.

It was during that period when she began to look into how she could get more involved with her new community. A member of the City Council, Eleanor Thompson, asked McCaskill if she’d be willing to run the afterschool program at the Martin Luther King Jr. Center on South Avenue.

McCaskill is an active volunteer. “I’ve always liked to be a part of community organizations,” she says. “They do a good job letting people know where they can get hope.”

One of the goals of the NAACP’s Southern Dutchess chapter, which is inactive but hoping to reorganize, was to get people registered to vote. At events such as “the Strawberry Festival, the corn one, the pumpkin — we’d always have a table there and most of the time I was the one sitting at it,” McCaskill says. The organization also had programs for the homeless and veterans.

She also is active in the Hudson branch of the Les Souers Amiables Civic Club, which presents college scholarships and was organized locally in 1948.

Anyone interested in either organization can contact McCaskill at 845-831-4882. She doesn’t do the internet but relies on other, seat-of-the-pants methods. “When I get involved,” she says, “you’re going to hear about it!”