The Haldane High School girls’ basketball team had a strong second half Wednesday (Feb. 5) at home, erasing a five-point halftime deficit and rolling to a 48-36 victory over league rival North Salem. 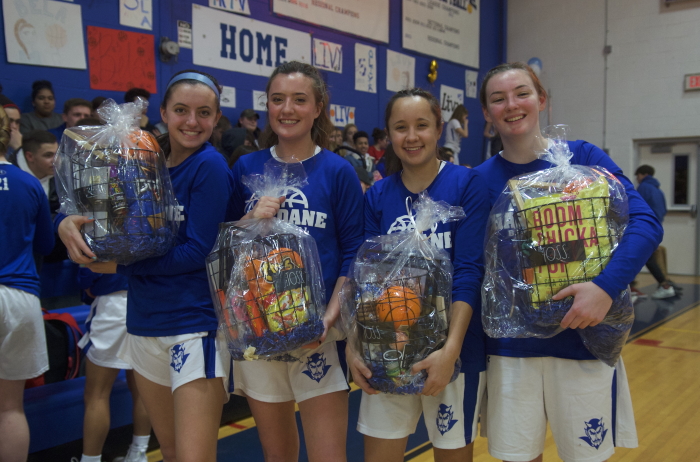 “In the first half we had some good shots but they weren’t falling,“ said Coach Jessica Perrone. In the second half, “the energy in the gym helped us, and our seniors were great.” 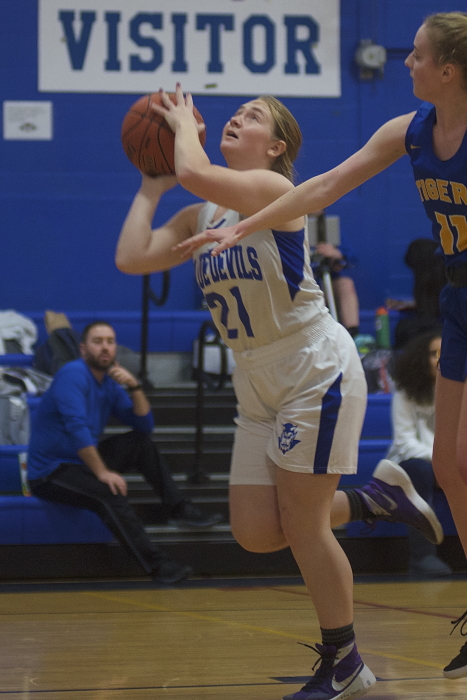 Molly Siegel shoots in the first half against North Salem. (Photo by S. Pearlman)

On Senior Night, “all four seniors played well” Perrone said. “Abigail had two huge steals and great all-around play. Shianne [Twoguns] hit some big free throws late and gave us smart defense. Bela lit a fire for us in the third with a couple of threes and set the tone for the second half. And Liv is always a force on defense.”

A day earlier, the Blue Devils came up on the short end of a 64-29 decision against Class B powerhouse Putnam Valley (14-3). Liv Monteleone led the team with 10 points.

“We played them better the second time around [Haldane lost at Putnam Valley, 65-18, on Jan. 30], but they have some phenomenal shooters,“ Perrone said. “That’s a tough game for us.”