Twenty years ago, Aaron Nastasi — one of the greatest female basketball players in the history of Haldane High School — completed her Blue Devils career with 1,675 points and three state championships.

Nastasi had started for the Cold Spring school since the seventh grade, when she became the youngest player, at age 12, ever named to a state Final Four all-tournament team.

Six years later, coaches from Princeton, Harvard, Providence, Boston College and other schools came calling, asking the senior guard to play for them.

Instead, she walked away.

That decision caught much of the community by surprise, most of all Ken Thomas, who coached the Blue Devils to seven Final Fours and four Class D state championships in 13 seasons and retired after Aaron’s senior year. He was sure she could have gotten a full ride.

A hint that his star player was hedging came the summer before her senior year. For the first time since age 11, she chose not to play A.A.U. travel ball.

After five seasons of varsity and five summers of A.A.U., “I needed a bit of a break,” says Nastasi, who is now Aaron Brooks and lives in East Fishkill. 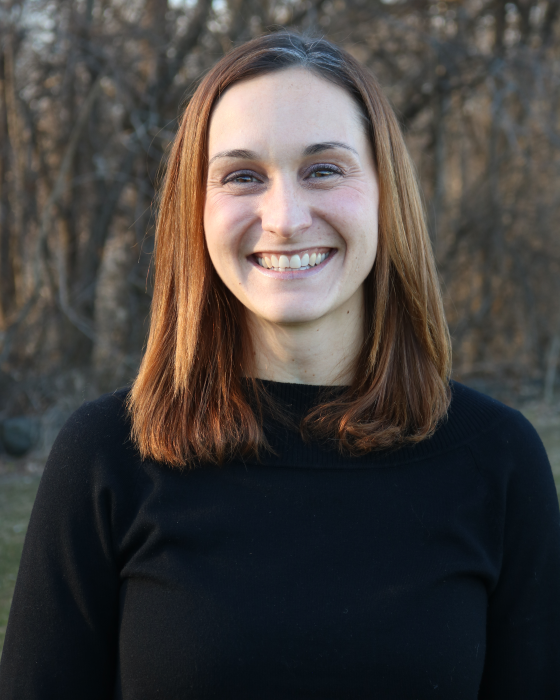 In retrospect, Brooks said college coaches probably noted her absence. But when the fall rolled around, the 5-foot-6 playmaker came back full bore. She led the Blue Devils to the Class D state championship, was named MVP in the state and NYS Federation Tournament title games and received the Isabella Costa Award as Player of the Year in Putnam, Westchester, Dutchess and Rockland counties.

Then the bombshell. Aaron was done with the game.

“It was a combination of things,” she recalls. “I had played since I could hold a basketball.” She also played soccer, Little League, softball and varsity volleyball, including on the 1998 state title team.

Down time was nonexistent. With a college decision looming, “my priorities shifted a bit,” she says.

Brooks knew she wanted to become a teacher but realized the heavy course load would leave little time for high-level basketball. She also wanted the freedom to travel, and if enmeshed in a hoops season, “you can’t just take off for four months and see the world.”

Instead of a prominent basketball program, she enrolled at Hobart and William Smith Colleges in Geneva, New York, to study psychology and education. (In addition to her athletic prowess, she was the salutatorian of her Haldane class of 49 students.)

Brooks says her parents could not have been more supportive. “If they were shocked, they did a good job of hiding it,” she says. “They let me make my own decisions.”

Played in six state Final Fours and won three state and two Federation titles; also went to the Final Four three times with the volleyball team, which won the Class D title in 1998

As a senior, named MVP in state and Federation title games

Reached 1,000 points scored as a sophomore

Hit 209 three-pointers, including 55 as a senior

Inducted into the Haldane Athletic Hall of Fame in 2018

The Blue Devils were 136–19 during her career

The New York Times took note of her unorthodox departure in a story it headlined Turning Her Back on a Sport She Loves. What Brooks remembers from the article is a sports psychologist who commented: “This is just an amazing kid making a decision for herself.”

That was Robert Schleser, who died in 2015. He also told the Times: “What the literature shows is that when you’re paid to do it, somehow it decreases the enjoyment. She plays for intrinsic reasons: the love of the game.”

Not everyone in Philipstown was nearly as understanding, Brooks says. “I don’t remember a heck of a lot of praise like that.” 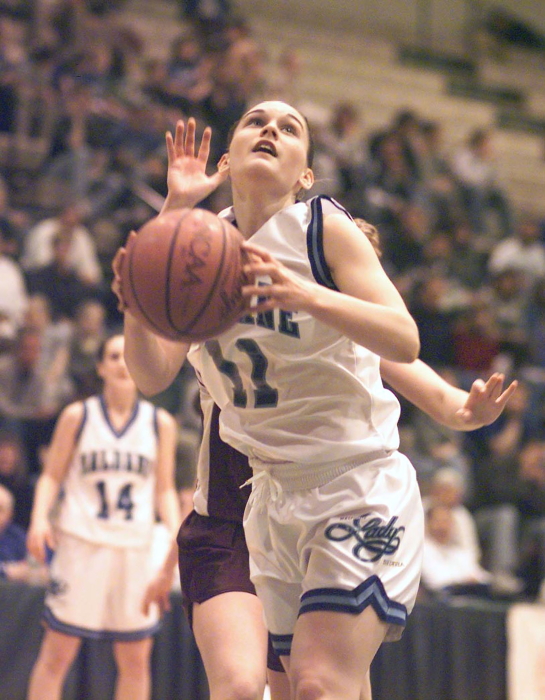 Aaron Nastasi drives to the hoop for Haldane on March 18, 2000, in the Class D state semifinal in Troy. (Photo by Peter Carr/Journal News – USA TODAY Network)

Brooks did make a go at playing college ball with the Division III William Smith Herons during her junior year but “it just didn’t feel right” compared to the intimate experience she had at Haldane and in A.A.U. basketball playing with friends and neighbors. She did not return to the team as a senior.

She has many great basketball memories but had little trouble choosing her favorite. “It was that first state championship as an eighth grader” in 1996, she says. The team had lost in the Final Four the previous season, which “made the win a bit sweeter and probably the most exciting.”

Does she have any regrets, 20 years later, about her decision to give up the game?

She pauses, then adds: “I often think I should have applied to Duke, to go from one Blue Devils team to another.” She says she and her father watched all the games. “It would have been cool, although I don’t think I would have gone that far away from home.”

All in the Family

Haldane basketball was a family affair for the Nastasis: Aaron’s parents, Anthony and JoAnn, both played for the Blue Devils, and her younger sisters, Ryan (2001) and Olivia (2005), each made the varsity as middle-schoolers and went on to star for the team.

In February 2000, during its sectional title run, Coach Ken Thomas put all three sisters — as a senior, junior and seventh-grader — on the floor together for the first time at the end of a win over Blind Brook.

She still plays basketball, but only in her driveway with her two young sons or at practices with the varsity girls’ team at John Jay High School, where her husband, Larry, is the coach. “It still feels good while I’m playing, but it takes a much longer time to recover afterward!” she says. 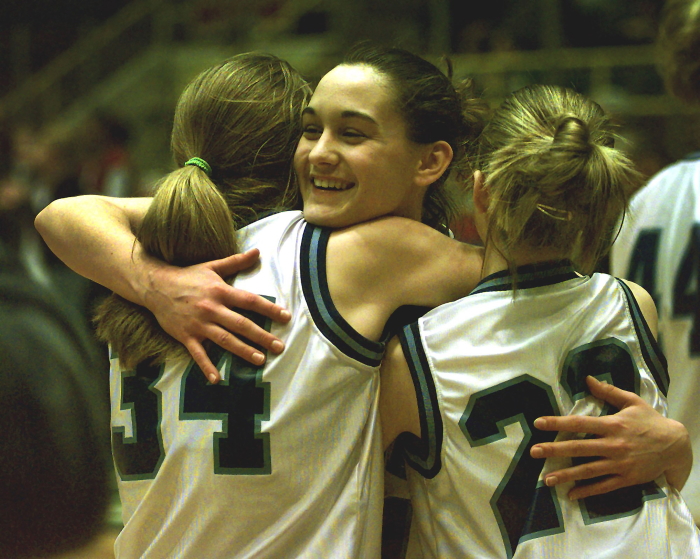 With the perspective of two decades, what would she tell a talented student-athlete who finds herself at a crossroads?

“I’d tell her to weigh her options carefully, and block out what others feel is best for you,” she says. “Go with your gut, with your heart, because you’re the one who has to live with your decision.”

As for life away from the basketball court, Brooks says: “I’m perfectly happy and content; I made the best choice for me.”