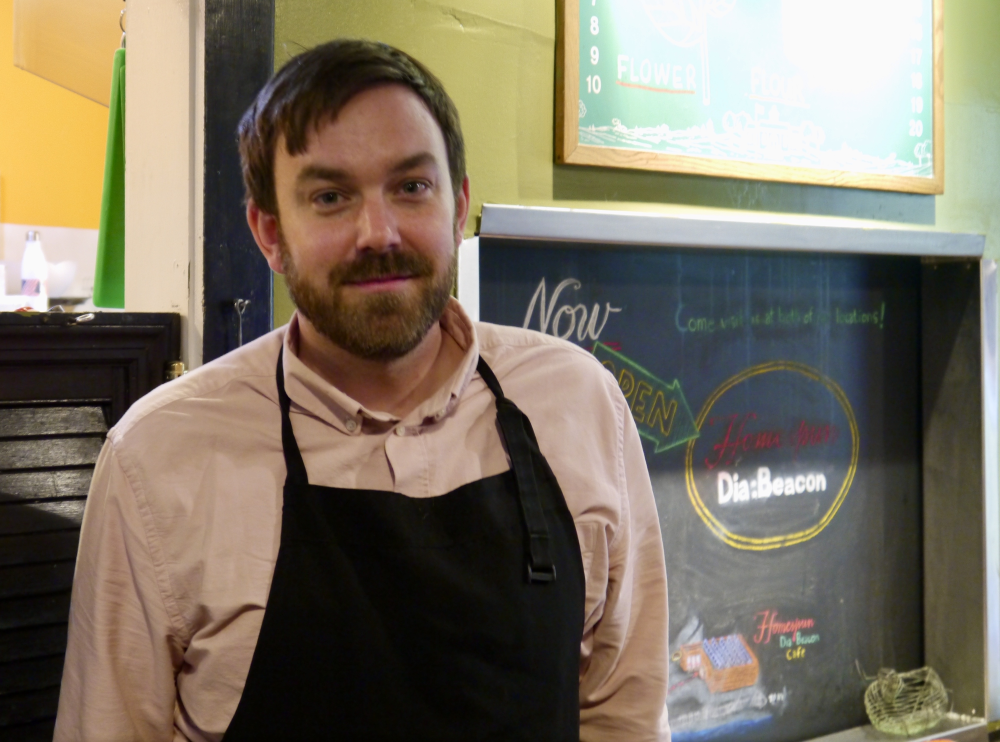 Was Beacon always on your radar?
Very much so. My wife, Kate, and I came up here for the first time seven years ago, when our son was a year-and-a-half old. Kate went to Dia:Beacon and I went for a long bike ride from here to Saugerties. Then we came back a few months later and drove Route 9D between here and Garrison. There were a bunch of people out and about on Main Street in Beacon; I saw the record store — I love records — and it seemed like such a cool city.

Is your background in restaurants?
I worked for eight years in New York City restaurants, the last two as a chef sommelier, and before that I spent six years as head sommelier for il Buco, a phenomenal restaurant on Bond Street. I got into wine after I moved to the city from Buffalo to study poetry in graduate school and do an MFA at Brooklyn College. A friend whose couch I was crashing on worked at a wine store in the West Village, and I started working in the cellar there.

Do you feel pressure taking over an established, beloved cafe?
It’s wonderful and tough. Small business is difficult in general. I’d been thinking for the last two years at my last job about doing this, and every time the walk-ins [refrigerators] crashed or something broke, I’d think: “That’s going to be my problem.” But this is a place where I knew from the get-go that some people wouldn’t want us to change anything. There’s only one Jessica Reisman, and there’s no way it can be the same, because she was one of a kind.

Will you add more wine to the menu?
Definitely. I’ve developed some great relationships in the world of wine, so I’ll be able to source some that might be more difficult to find. But we’ll also have $8 or $9 wines by the glass along with a bunch of affordable wines on the menu.

How will you maintain Homespun’s character?
Take the long view. I could come in and change everything and make it mine, but that’s not me. I feel no rush. I’ve thought about a Sunday night reading series for poets. Being in Beacon, I’m starting to feel that creative part of me resurface, which is really pleasant.