Rose was attended a number of churches, Beacon Assembly, Fishkill Church of the Nazarene, and most recently Faith Assembly, and served as a board member, taught Bible studies, Sunday school, and vacation Bible school. She also volunteered at the Fishkill Health Center for more than 20 years.

She is survived by her sons, Paul Aquino (Beth) of Tampa, and Joseph Aquino (Kathy) of Mamaroneck; her daughter-in-law, Joan Aquino of Stamford; her sister, Eleanor Hunt of Winder, Georgia; and her grandchildren, Josh Aquino (Annie), Joseph Aquino, Ryan Aquino and Erin Aquino.

Visitation will be held on Friday, Feb. 21, from 7 to 9 p.m. at the McHoul Funeral Home, 1089 Main St., in Fishkill. A funeral service will be held on Feb. 22 at 11 a.m. at the funeral home, with interment to follow at Fishkill Rural Cemetery. 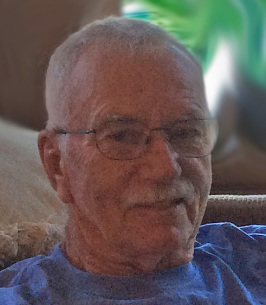 He was born Sept. 14, 1939, in Beacon, the son of John and Helen Cahill. He attended St. Joachim’s School and graduated from Beacon High School in 1957.

Jim was a parishioner there and a past member of the Knights of Columbus. He belonged to the Elks Club, the Beacon Boat Club, Beacon Engine Co. and Mase Hook and Ladder. A lifelong sports fan, he enjoyed watching the Mets and the Jets. He was a skilled fisherman and an avid golfer. He was a member of the Southern Dutchess Country Club for many years.

Jim loved the ocean. He and his family spent many summers vacationing at Sea Isle City, New Jersey. He and Nina enjoyed traveling to Ft. Lauderdale and Cape Cod.

Besides his wife, Jim is survived by his three children: Eric Cahill of New Windsor, Michele Cahill of Beacon, and James Cahill (Ann Croft) of Alexandria, Virginia. He also is survived by five grandchildren who knew him as “Poppy”: Tina Lentini (Michael), Joseph Cahill, Sophie Cahill, Michael Cahill and Violet Cahill; and two great-grandchildren, Mia Lentini and Luca Lentini.

In addition, he is survived by his sisters, Jane Rose and Helen Nuccitelli, and brothers-in-law Paul Nuccitelli and Lee “Butch” Hoyt.

Family and friends will gather on Friday, Feb. 21 from 5 to 8 p.m. at the Libby Funeral Home, 55 Teller Ave., in Beacon. A Mass of Christian Burial will be offered at 10 a.m. on Feb. 22 at St. Joachim Church, 51 Leonard St., in Beacon, followed by interment and military honors at St. Joachim Cemetery. Memorial donations may be made to the church. 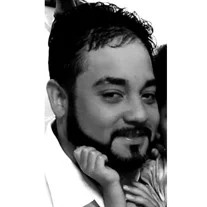 Lester was born Jan. 2, 1984, in the Bronx, the son of Lester Classen Sr. and Debbie Santana. He worked as a chef.

He is survived by his wife, Natalie; a son, Jeremiah Classen; his mother, Debbie Santana; his grandmother, Gladys Ortiz; his grandfather, Jose Luis Santana; and his siblings, Melissa Pantoja and Joseph Classen.

A funeral service was held Feb. 15 at Riverview Funeral Home by Halvey in Beacon, followed by burial in St. Raymond’s Cemetery in the Bronx. 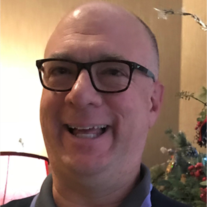 Matthew J. Craft, 55, of Poughkeepsie and formerly of Beacon, died Feb. 11, 2020, at Mid-Hudson Regional Hospital, surrounded by his family and friends, following a 19-month battle with sarcoma.

Matt was born in Beacon on Nov. 22, 1964, to John and Angelina (Vallo) Craft. He graduated from Lourdes High School and Syracuse University and had a 25-year career at IBM before retiring to enjoy his golf game and travel with family and friends.

Growing up in Beacon, Matt fell in love for the first time … with his golf clubs, said his family. He was a longtime member of the former Dutchess Golf and Country Club and on March 17, 2007, married Patty Frisenda at the club. She survives at home.

Even while undergoing treatment over the past year he was able to golf more than 100 rounds. He was a diehard Syracuse basketball fan and suffered as a Jets fan. He also enjoyed the Rangers and loved going to the Garden several times each season.

In addition to his wife, Matt is survived by his stepsons, William Chronister (Christina) and Ryan Chronister (Andi); his grandchildren, Jacob and Josie; and his brother, Gregory Craft (Linda).

A Mass of Christian Burial will be held on Monday, Feb. 17, at 10 a.m. at St. John the Evangelist Church, 35 Willow St., in Beacon. Memorial donations may be made to the Sarcoma Foundation of America. Matt’s stepson, Ryan, will be running in the Pittsburgh Marathon in May in his honor. 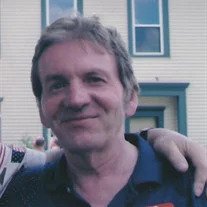 John was born March 11, 1949, in New Jersey, the son of John and Helen Darcy. He attended Beacon High School (where he won the Lacey Award in 1967 as the most valuable baseball player) and Marist College and was an editor and reporter for several local newspapers, as well as a poet. He also worked as a grant writer for the Town of Fishkill. He loved Bob Dylan and everything musical.

John is survived by his son, Matthew Boulanger (Deborah), and his grandchildren, Brendan, Tyler and Julia.