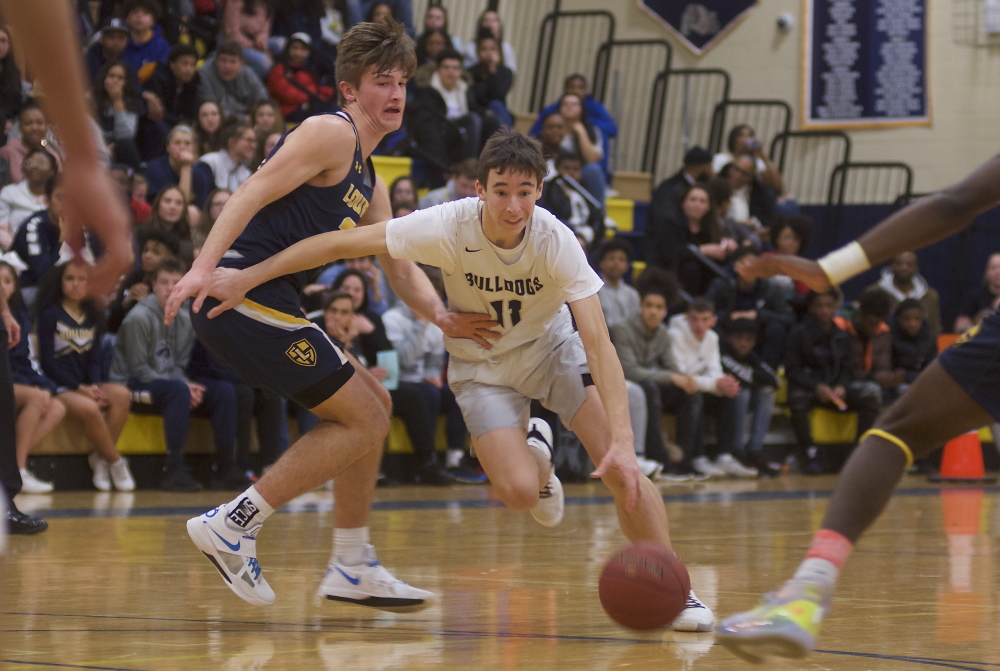 Sprint past Lourdes before winning first game of tournament

The Beacon High School boys’ basketball team saved its best play for late in the season, giving fans one of its best performances of the winter on Feb. 6 while rolling to a 61-49 victory over visiting Lourdes. 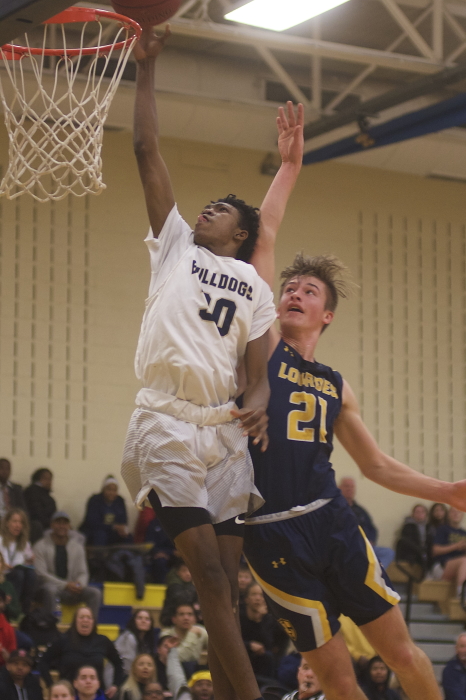 Against Lourdes (12-8), which is seeded No. 10 in the section, the Bulldogs fed off the energy of the crowd and started the game with a 14-3 run.

The Warriors fought back and stayed close until the fourth quarter, when the Bulldogs closed the game with an 18-8 run.

“We had a great first quarter,” said Coach Scott Timpano. “Lourdes is a very good team, and we knew they’d go on a run. But I knew our kids really wanted this game. We’ve been riding on the bubble — are we in the playoffs, or not? [Only the top 20 of 29 teams in the section qualify.] It was Senior Night, the crowd was fantastic, and the kids had a lot of energy.” 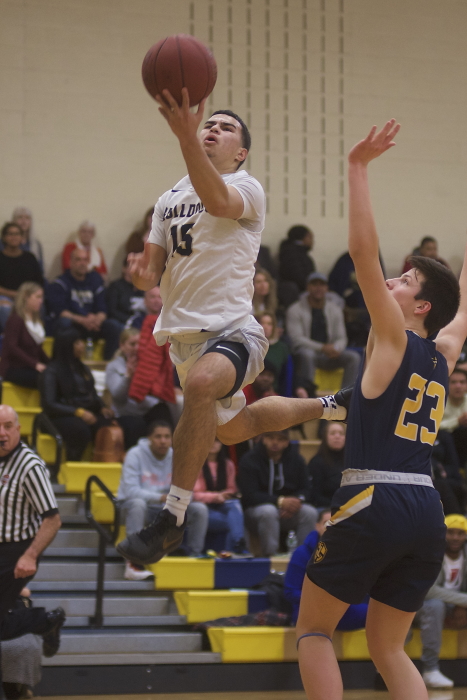 “Quazir had a lot of huge moments,” Timpano said. “His three blocks were major. Bautista played a phenomenal game; he has great vision and played incredible down low. Kam gave us a ton of energy; he had a big play at the end of the third that gave us the lead for good.”

Timpano believes his team is ready for the tournament. “We ended the season on a good stretch, winning five of our last seven games, which is phenomenal,” he said. “We’re feeling good.”