Governor signs another round of bills passed by state legislators

Gov. Andrew Cuomo has so far during the 2019-20 legislative session enacted 778 bills passed by the state Senate and Assembly, with another five waiting for his signature. He has vetoed 169.

Board members will be appointed by the governor and legislative leaders, while the council will consist of commissioners from various agencies.

Cuomo on Jan. 2 signed legislation requiring individuals engaged in the design, construction, inspection, maintenance and repair of elevators or other “automated people-moving conveyances” to be licensed by the state.

On Dec. 23, Cuomo enacted the Safe Way Home Act, which requires hospitals to use victim-services funds to pay for sexual-assault victims to be driven after treatment to their homes or shelters. It takes effect on March 22.

On Dec. 18, Cuomo enacted the Zombie Property Remediation Act of 2019, which allows local governments to force lenders to foreclose on vacant properties or discharge the mortgage within three months. During debate over the bill, opponents asked how a municipality would determine if a vacant property was in default. They also noted that mortgages typically do not require banks to maintain abandoned properties, meaning the law would alter existing contracts.

Cuomo on Dec. 13 signed a bill introduced in the Assembly by Galef that allows water, library, fire and other special districts to provide property-tax exemptions on the value of changes made to make a home more accessible for a disabled homeowner (e.g., ramps, grab bars, alterations to lighting and heating systems) that increase its value.

Cuomo on Dec. 17 enacted a law that requires schools to have fire inspections conducted by a fire department or certified inspector. It also eliminated a provision that allowed inspectors who made errors to avoid liability, allows the state to deny a public school to operate if it does not correct deficiencies noted in a fire inspection, and gives the state authority to order an inspection of any private school that does not submit an annual safety report.

Cuomo on Dec. 10 signed legislation requiring that hospitals have plans in place for patients who are discharged but still require central venous lines. 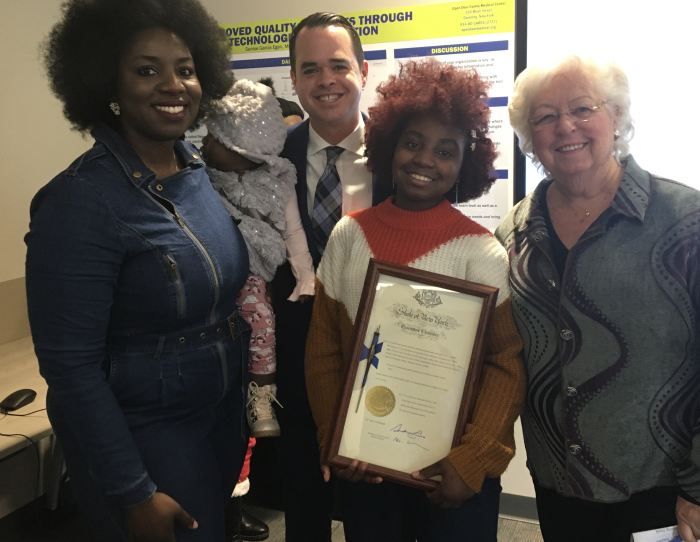 The bill, introduced in the Assembly by Galef, was named Dream’s Law for Dream Shepherd, 14, of Ossining, who was battling sickle-cell disease but was denied a private nurse by the family’s insurance company. The law requires that hospitals train the caregivers of patients who are discharged with a central venous line within 24 hours on how to administer medication.

Cuomo on Dec. 11 enacted a bill that prohibits political parties from changing their names once they are on the ballot.

Galef introduced the legislation in the Assembly after the gubernatorial candidate for the Stop Common Core Party received more than 50,000 votes in the 2014 election to win the party a ballot line for the next four years. But in January 2015 it changed its name to the Reform Party, a move that supporters of the legislation said gave the organization “a multi-year legal political status based on fraud.”

The governor on Dec. 12 signed legislation that expands what procedures do not require pre-approval from an insurer.

In 2007, the state enacted a law that prevented insurers from ruling that certain procedures performed by a surgeon had to be pre-authorized so that doctors could deal with complications without seeking approval.

The 2019 law is designed to address situations such as chemotherapy, which is typically done on an outpatient basis. Patients often are treated for related symptoms such as nausea, low platelet counts and allergic reactions so they can receive chemo. The law will allow doctors to perform these procedures without first getting approval from an insurer. It takes effect on March 11.

Cuomo on Dec. 9 enacted a law that will ban a chemical known as 1,4-dioxane, which the federal Environmental Protection Agency has identified as a likely carcinogen, from household cleaners sold in the state and limit its use in cosmetics and personal care products (see below).

In parts per billion (ppb)

Source: Citizens Campaign for the Environment (citizenscampaign.org), which in 2019 found the chemical in 65 of 80 products it had tested. The group notes the proposed state drinking water standard for 1,4-dioxane is 1 ppb.

Elevated levels of 1,4-dioxane have been found in the water of municipalities across the state but especially on Long Island, which has the highest levels in the nation. In the Hudson Valley, the chemical was detected last year in five public water systems that serve more than 10,000 residents, not including Beacon or anywhere in Putnam County.

The law establishes a “trace-amount threshold” for manufacturers, who have until Jan. 1, 2022, to comply, although they can obtain a one-year waiver if they have systems in place to remove the chemical from their products.

On Dec. 10, Cuomo enacted a bill introduced in the Assembly by Galef that requires that absentee ballots match the ballots used on Election Day and another that requires simplified absentee ballot applications created in 2010 for general elections to also be used by school districts. The latter goes into effect on March 9.

In the wake of a stretch limousine crash in Cuthogue in 2015 that killed four teenagers and another in 2018 in Schoharie that killed 20 people, Cuomo on Feb. 3 enacted a package of laws aimed at the industry. Each bill passed unanimously or nearly unanimously in the Senate and Assembly with support from Serino, Galef and Jacobson. 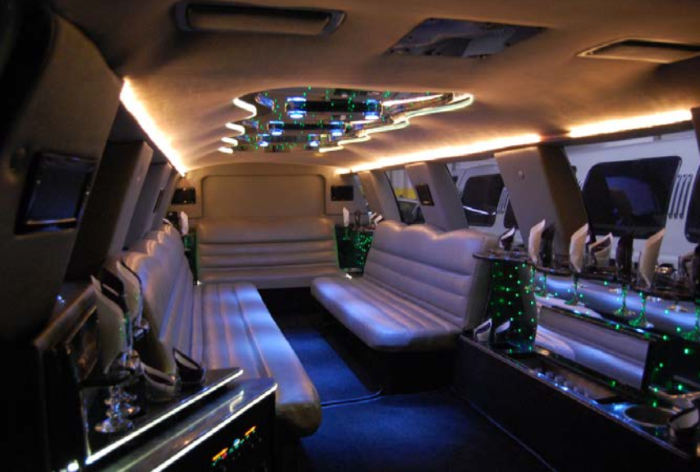 A photo shows the interior of a stretch limousine that later crashed in Schoharie, killing 17 passengers. Only the driver, who also died, was wearing a seat belt. (NTSB)

Vehicles converted into stretch limousines as of Jan. 1, 2021, must have at least one seat belt for each passenger. All limos must be retrofitted with belts by Jan. 1, 2023.

■ Limo drivers must have commercial driver’s licenses.
■ The state can impound or immobilize limos if they fail inspection.
■ The penalties for illegal U-turns by limos were increased.
■ The state will create a safety hotline for issues involving limos.
■ Owners must register stretch limos with the DMV, which will review driver records at least annually. The agency also will post data online about firms that operate limos and their drivers.
■ A state task force will be created to review limo safety.
■ Limo drivers and applicants will be subject to random drug and alcohol testing.

In addition, a new law requires that taxi or livery cab passengers under the age of 16 must wear a seat belt in the back seat.

Cuomo on Dec. 9 signed legislation that requires hemp manufacturers to test and label their products. The state Department of Agriculture and Markets will oversee permits for hemp growers and the Department of Health will regulate hemp extract such as CBD; its sellers are required to register.

On Dec. 20, Cuomo signed a bill into law that makes domestic partners eligible for compensation from the crime victims’ fund.

One thought on “How They Voted”