Like many girls in state, Beacon senior competed with boys’ team

Shianne Canada is the only girl on the Beacon High School wrestling team. The 5-1, 120-pound senior had never competed before this season, and she won just two of her 29 matches.

Nevertheless, her coaches speak with admiration of her determination. “She is definitely an elite athlete,” says Assistant Coach Vincent Grelia. 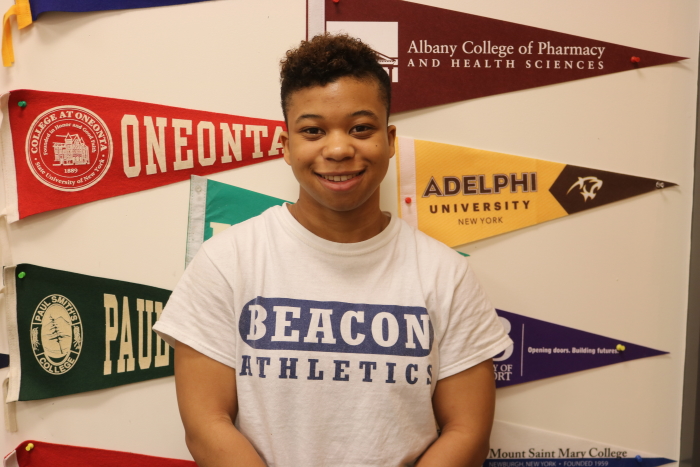 Canada is not alone. She wrestled two other girls this season, splitting the matches, and there is an effort in New York to create enough teams to get the sport recognized. (See below.) When a school does not offer a team for a particular gender, such as basketball, football, lacrosse, soccer or wrestling, the New York State Public High School Athletic Association allows girls to compete with boys, or vice versa.

Grelia said Canada, who also played goalie for the girls’ soccer team, benefitted from her physical strength, mental toughness and resilience. After a loss, he said, she was “right back to work, improving on what didn’t work in previous match.” She sometimes grappled at 126 pounds if the team needed someone in that division at a meet, even though she faced heavier and stronger opponents.

Canada’s season ended last weekend when she failed to advance at the Section 1 tournament at Arlington High School. She was disappointed, she said, but also “couldn’t have been happier, knowing how much I progressed through every single match, and never giving up, no matter what.” 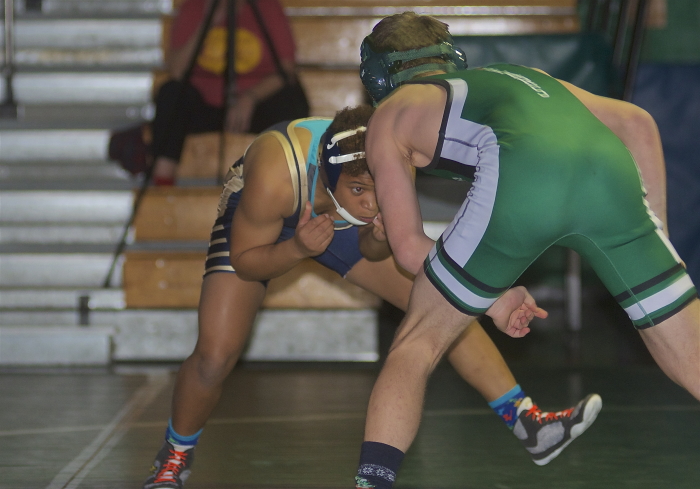 After graduating in June, Canada plans to join the U.S. Air Force and become a medic. She said she would like to compete in the academy’s intramural wrestling program.

She wanted to wrestle as a junior but couldn’t due to a soccer injury. The boys on the wrestling team encouraged her to join the team, even for only one season.

Canada said while there was a bit of good-natured teasing from her teammates, being a girl in a sport dominated by boys hasn’t bothered her. That’s not a universal experience with girls who wrestle, but Canada “didn’t find it awkward at all,” she said. “You wrestle who you wrestle. I don’t worry about my opponent. I worry about what I have to do in order to get my points and the win.”

Girls’ wrestling is growing in New York state, both in numbers and competitiveness. Todd Nelson, a director with the New York State Public High School Athletic Association, said hundreds of girls compete on boys’ wrestling teams across the state but “the problem is they are scattered, [typically] with only one or two wrestlers per school.” The only high school with a full girls’ team is Bay Shore on Long Island.

According to the NYS Girls Wrestling Task Force, a grassroots effort to get the sport sanctioned, there were 924 girls wrestling for high schools in the state this year, including 43 in Section 1, which includes Beacon. At least three sections this year added girls’ divisions to their championships.

The state association says it will organize a girls’ division once four of the 11 athletic sections each have four teams. Schools lacking enough female wrestlers can partner with nearby schools, Nelson said.

At Beacon High School, Assistant Coach Vincent Grelia said he believes girls’ wrestling will happen soon in New York, pointing to a competitive tournament called Eastern States that this year added a girls’ division. And there are a number of girls excelling at the sport, including Isabella Garcia of Horace Greeley High School, who in December went 5-0 at a tournament in Pawling, including four pins, and won the 106-pound division.

She concedes that wrestling boys adds a degree of difficulty. “It can be harder because guys can be physically stronger,” she said. “But I adapted.”

Canada also said she faced unexpected challenges. “I didn’t realize how hard I’d have to push myself, how mentally ready you have to be,” she said. “If you’re not on your game, your opponent can tell.”