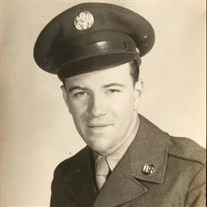 Don served in the U.S. Army during the Korean War and rose to the rank of sergeant. He retired from National Biscuit Co. in Beacon, where he was the manager of printing. He was a life member of the St. Rocco’s Society and the Southern Dutchess Country Club.

Family and friends will gather from 4 to 7 p.m. on Sunday, Feb. 23, at Riverview Funeral Home by Halvey, 2 Beekman St., in Beacon. A Mass of Christian Burial will be held at 10 a.m. on Monday, Feb. 24, at St. Joachim Church, 51 Leonard St. in Beacon, with burial with military honors to follow at Fishkill Rural Cemetery. 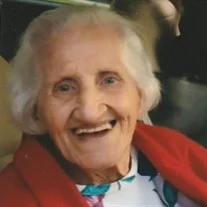 Millie was born July 14, 1919, in Chelsea to Donato and Carlotta (Petti) Policella. She was married twice, to Julius Nenni and Raymond Egan, both of whom died before her.

She worked as a seamstress in several local factories and for many years in food service for the Beacon school district. Millie was a parishioner of St. Joachim-St. John the Evangelist Church and a former member of St. Rocco’s Ladies Auxiliary and the Catholic Daughters.

A Mass of Christian Burial will be held at 11:15 a.m. on Saturday, Feb. 22, at St. John the Evangelist Church, 35 Willow St., in Beacon, with burial to follow at St. Joachim Cemetery.

Ewhenia Pastuch, 93, a former Rhode Island resident who was a survivor of the Holocaust, died Feb. 16 at Wingate at Beacon, surrounded by her family.

She was born March 7, 1926, in Lublin, Poland, to Pavlo and Anastanis (Yevik) Redka. She married Justyn Pastuch, who died in 1998. During World War II, she was imprisoned in a Nazi concentration camp.

Ewhenia and her husband operated a farm in North Kingstown, Rhode Island, for more than 50 years before their retirement.

She is survived by her daughters, Justina Trainor (Peter) of Wappingers Falls, and Tammy Villano of Fort Lauderdale, Florida; two grandchildren; and three great grandchildren.

A Mass of Christian Burial was held Feb. 19 at St. Mary Church in West Warwick, Rhode Island, with interment in the parish cemetery.

Ken was born May 13, 1955 in Beacon, the son of Edward and Kathleen Stoehr. He attended Beacon schools before moving to Texas, where he worked at a sporting goods store until his retirement. He enjoyed all sports but especially following the Los Angeles Rams. He also enjoyed visiting casinos to play cards.

Ken is survived by an aunt and uncle, Richard and Nancy Kolokoski of Beacon; his aunts Ann Stoehr of New Windsor and Ann Stoehr of Glens Falls; a niece, Jordyn Stoehr of Lufkin, Texas; and a friend of 40 years, Ken Knight. Arrangements were private. 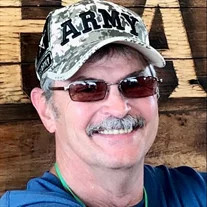 In addition to his wife and father, Jeff is survived by his daughter, Cindy Yaekel (Jason), and his brothers, Vincent Travis, Pierre Travis Jr., Timothy Travis, Billy Travis and their wives.

Family and friends will gather from 1 to 3 p.m. on Saturday, Feb. 22, at Riverview Funeral Home by Halvey, 2 Beekman St., in Beacon. A memorial service will be held at 3 p.m. at the funeral home with military honors to follow.