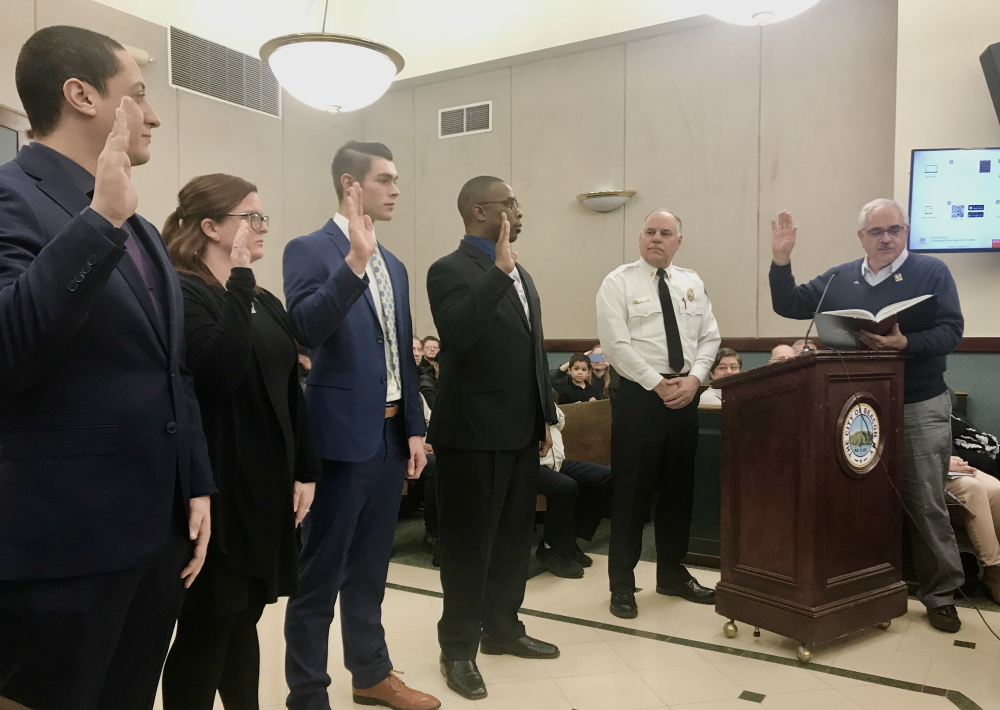 Beacon hired four new firefighters this week, who, once trained, will bring the force to 16 full-time, or “career,” members — the most it has ever had.

The additions, announced during the City Council meeting on Tuesday (Feb. 18), followed the hire two weeks earlier of a firefighter days after he had been laid off from Newburgh’s department due to budget cuts.

Three of the hires were funded with a federal grant that pays a portion of their salaries for three years. The other two filled staffing gaps.

While the hires were applauded, a number of active and retired firefighters criticized Mayor Lee Kyriacou’s recent decision to close the 130-year-old Beacon Engine station, one of the city’s three firehouses.

Earlier this month, Kyriacou exercised an escape clause in the city’s contract with the Beacon Engine Fire Co. to leave the historic station by the end of April. The City Council said it cannot house modern fire apparatus and needs costly upgrades. 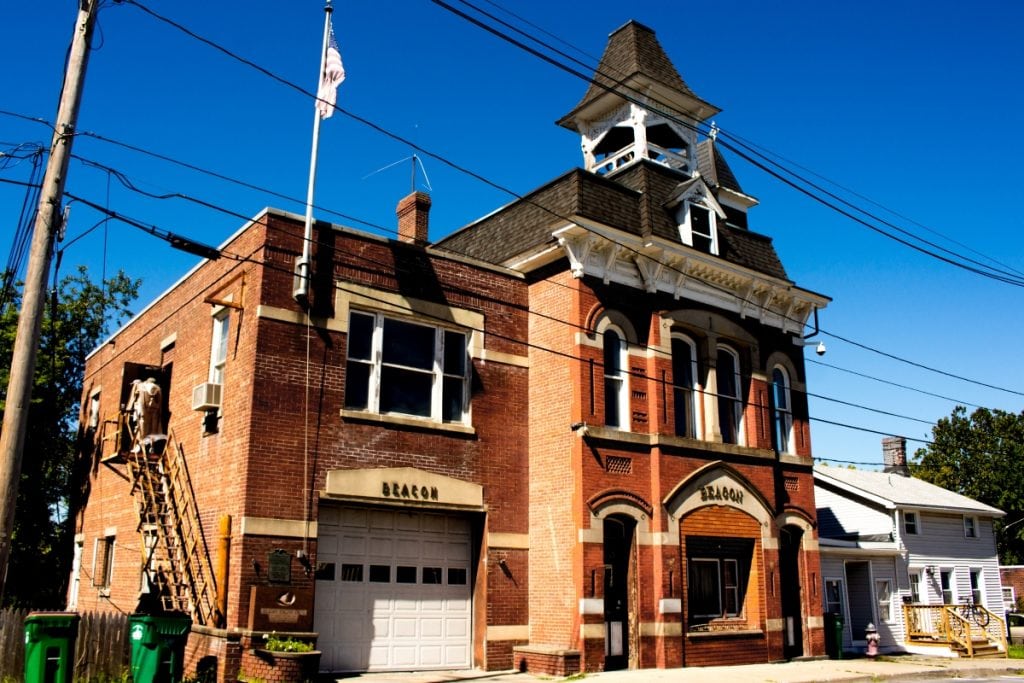 Firefighters will man the two other stations, the Mase Hook and Ladder and Tompkins Hose stations — with two people on duty at all times in each — while city officials consider plans for renovating those facilities.

“I accept that you’re going to close Beacon Engine,” said Tom DiCastro Sr., a former Beacon fire chief. “My wish is that you’d close all three of them and build a brand-new structure.”

Kyriacou reiterated on Tuesday that he hopes to utilize Beacon Engine as a historical or landmark building.

A resident’s question may lead to yet another delay in the approval of a commercial and residential development proposed for 248 Tioronda Ave.

A 100-unit housing development was approved for the site in 2015, but numerous delays and zoning changes in the Fishkill Creek zone prompted a revised plan with 64 apartments and 25,000 square feet of commercial space.

Bryan Quinn, an environmental planner who owns the OneNature firm in Beacon, told the Planning Board on Feb. 11 that he had submitted a Freedom of Information Law request to the state Department of Environmental Conservation for documentation about a cleanup two decades ago of toxic materials at the former industrial site, which is 9 acres, located south of Wolcott Avenue/Route 9D and between Tioronda and Fishkill Creek.

A conceptual drawing of residential buildings proposed for 248 Tioronda

Quinn said the DEC responded that it had gathered a 22-inch-thick folder of documents but that providing a copy would require a fee of $880.

“There is good reason to question the type and relevance of the previous remediation,” Quinn wrote in a letter to the board. “There is also good reason to suspect HAZMAT [hazardous materials] additions have occurred since the cleanup, especially through building demolition and illegal dumping.”

The developers of 248 Tioronda responded during the meeting that the DEC removed the site in 2003 from its hazardous waste disposal registry.

However, a bare-bones Planning Board (only three members were present) suggested that the city hire an environmental consultant to study the site further. The board members did not indicate how such a study might impact their own conclusion in June, following an environmental review, that the project could proceed.

“The concern right now is born more out of the lack of available information,” said Board Member Len Warner. “It’s not that anybody has observed signs of an ongoing release” of hazardous materials.

Without a quorum the board was unable to vote, but the issue is expected to be on its agenda next month.

A study “may not be necessary,” said John Gunn, the board chair. “But it may be necessary for us to feel like we’ve satisfied a level of concern that still remains.”

After receiving only one comment (in favor) during a public hearing, the City Council voted on Monday to extend a moratorium on new residential and commercial construction projects until early June while consultants continue making repairs to the city’s network of drinking water wells.

New pumps are scheduled for installation in two of Beacon’s wells, while a third, newly discovered well is being prepped to be added to the system. City officials have indicated many times that the city has more than enough water and that the well measures are preventative.

At the same time, the council granted the Edgewater project six-month extensions of its permits to build 246 apartments uphill from the Hudson River shoreline. The developer requested more time because Dutchess County clerk and health officials had been delayed in signing off on aspects of the project.