Albert Mas says it was the hardest post he’d ever had to write.

On Feb. 16, after nearly two years running his comic-book shop, The Underground Beacon, he announced via Facebook that it would be closing. A family member was terminally ill and he’d run out of money, he said.

“Usually comic shops grow into a place this big,” he said this week, looking around the shop on the east end of Main Street. “But when I was looking for spaces, this was the best one for the best price I could find, and it’s my dream space.”

He opened at 462 Main in June 2018, knowing it could take a while to build up the clientele to cover his expenses. Mas, who grew up in New York City, said he had enough money saved to cover rent through the end of 2019. But when sales slowed after the holidays, and with his mother’s health declining, things looked bleak. 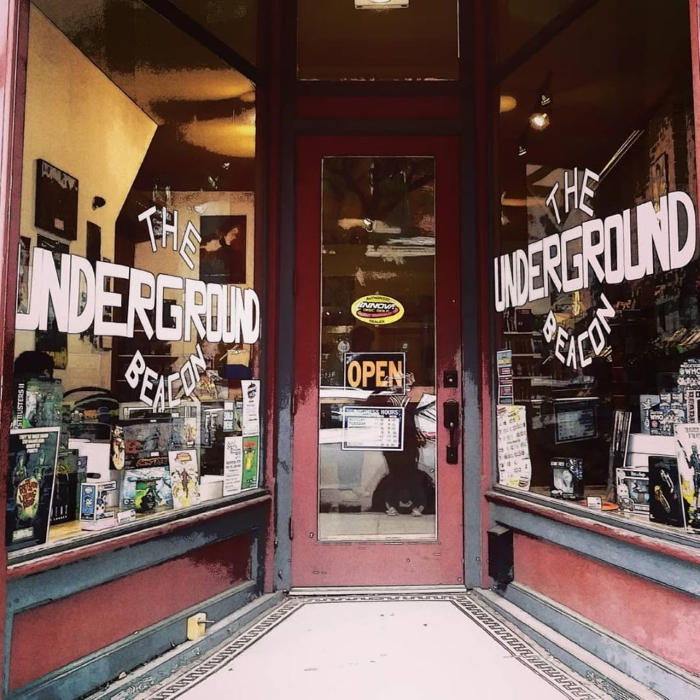 The Underground Beacon is located at 462 Main St. (Photo provided)

With comics, “you have to guess one to two months ahead of time,” which titles will be popular, he said. But consumers’ tastes also change quickly, and “if the books don’t sell, they just sit here,” he said, pointing to boxes he said held as much as $20,000 in unsold merchandise.

Mas’s mother, Anne, died on Sunday (Feb. 23). He was resigned to closing, but said on Facebook he was open to partners or buyers.

He found the response to be remarkable. “Tons of well-wishers” asked how they could help. Many were parents who saw The Underground as a safe place for their children and teenagers to hang out.

A group, including Beacon mom Julie Shiroishi, organized a Magic: the Gathering party-turned-fundraiser at the shop last weekend.

“Ever since it opened, The Underground has been like a second home to my Magic-loving son,” Shiroishi explained. “He plays there twice a week with his friends. Albert and [his wife] Courtney have created a warm, welcoming space for Beacon’s nerds.”

Children and teenagers routinely spend hours after school and on the weekends in the shop, playing video games, reading comics or using the free-for-all game room for Magic, Pokémon and other role-playing games.

“They’re free and autonomous to have fun in here,” Mas said. “I don’t kick them off if they just want to play video games, and the game room is always open. They may buy sodas or lollipops, but I don’t charge them anything [for game use]. Half the time I’m playing games with them.

“I’m not watching their kids, but parents know I’m not going to let anything bad happen here. I just want a fun place where people can come in and enjoy themselves.” 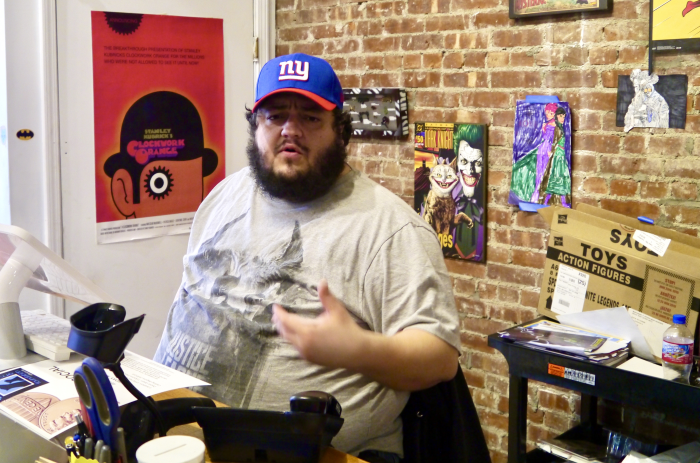 Albert Mas at The Underground (Photo by J. Simms)

After seeing the Facebook post, another friend of the shop, Beacon resident Michael Lioce, contacted Mas about joining him as a partner.

“When I heard that the store was having difficulty, I was ready to jump in,” said Lioce, a freelance television editor and comic collector who had returned to the hobby as his children began reading the books.

They reached an agreement within days; it turned out Lioce several years earlier had his own plans to open a comic shop in Beacon. He said he will work at The Underground and give Mas some much-needed time off.

“That’s part of the excitement of it,” Lioce said, “that now we’ll both be able to enjoy doing this without having to run ourselves ragged.”

Mas expects to make an official announcement any day now. He dropped a hint in another Facebook post this week.

“I didn’t expect the magnitude of the positivity that I got from people,” he said on Wednesday. “I was in a dark place, and it changed my whole attitude.”

2 thoughts on “A Lifeline for The Underground”