The qualities that entice people to move to the Highlands, such as privacy, can become problems as people age. Even older people who live on or near a community’s Main Street can feel alone.

That sense of isolation is one of the catalysts behind a newly formed nonprofit called Philipstown Aging at Home. Its organizers — Lynda Ann Ewen, Susan Freeman, Sheila Rauch and Ellyn Varela-Burstein — introduced themselves on Monday (Feb. 24) at the Desmond-Fish Public Library in Garrison.

“One thing we’ve discovered talking with people is that Philipstown has a high level of homeownership by seniors,” Ewen said. “Many are isolated and we need help identifying these people, because they’re not here — they don’t come to meetings.” 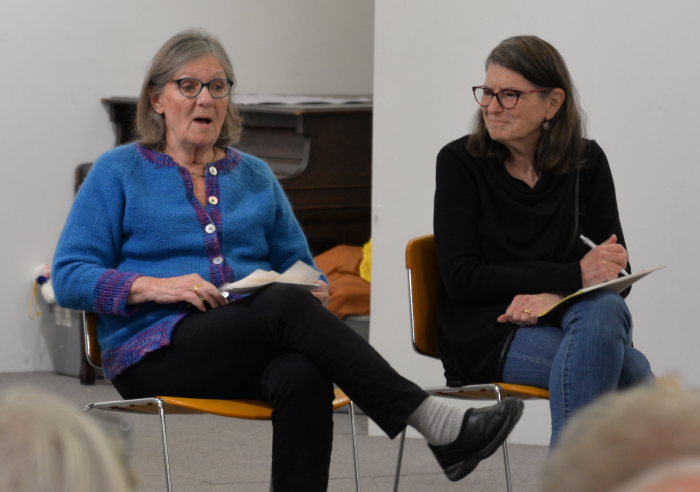 The Philipstown group is part of a national “village movement” in which volunteer organizations coordinate services for older residents, with the goal of keeping them in their homes and the community. The first was established in the Beacon Hill section of Boston nearly 20 years ago. If a group has expenses such as paid staff or office rent, they are typically paid with dues collected from its members.

The Village to Village Network, a clearinghouse, lists nearly 300 aging-in-place groups around the country, including in Westchester (five locations), Rockland (Nyack) and Dutchess (Rhinebeck), but none in Putnam. The network says its goal is to turn what has been called the “silver tsunami” of baby boomers into a “silver reservoir.”

In repeated surveys, most people say that, as they age, they would prefer to remain in their homes, or at least in their community. But that can be challenging for a variety of reasons. In the Highlands, transportation is a major concern, whether to medical appointments, the grocery store or classes and events.

Rauch, who is the group’s chair, noted that she and her husband, Ru (who is a Current board member), “suddenly realized we were older. But we didn’t want to leave our community or our house.” 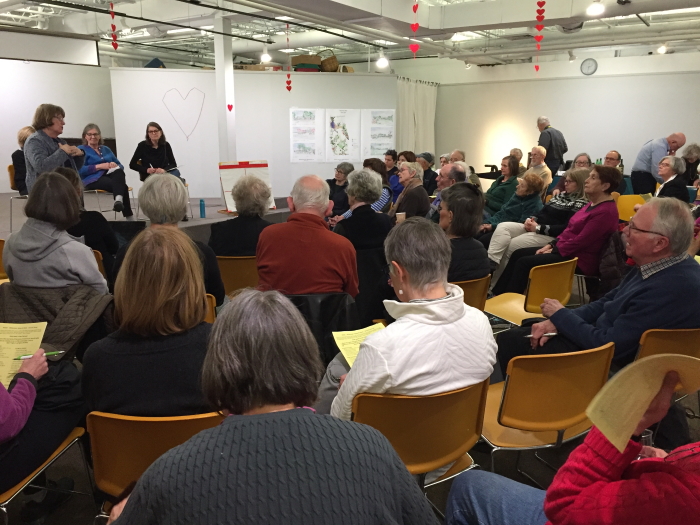 Lynda Ann Ewen (standing at left) speaks at the Desmond-Fish Library about Philipstown Aging at Home. (Photo by A. Rooney)

She said the immediate goal of Philipstown Aging at Home is “to find a network of people who are able to express their needs, along with others able to meet those needs; a cooperative of giving and receiving. Some people can do both. It’s hard to ask for a favor, and really hard to ask several times. This takes the sting out of it.”

The Philipstown organizers distributed to the audience of about 60 people a list of tasks that could be especially challenging for older residents, such as changing light bulbs, deciphering insurance forms, programming a television remote, changing a litter box, watering plants or arranging a chat over tea or the phone.

(A comment from an audience member reflected the reluctance some community members may feel about accepting help when she observed, with a smile: “At 82 I don’t consider myself that old. That’s why I’ve never darkened the door of the [Philipstown] Friendship Center.”)

The idea behind a “village” of support is “an old concept, but people have lost sight of it,” Freeman explained. “Using my own situation, I live in a house in the woods; my nearby neighbors are often not home and there’s nobody I can call. I’m pretty isolated. I would like to have more friends here.

“There are many things we can offer: making a phone call to each other to see how we are doing, bringing someone along with us to Foodtown or Drug World, just sitting with someone for a while, organizing things like card games, writing classes, speakers — the sky’s the limit.” 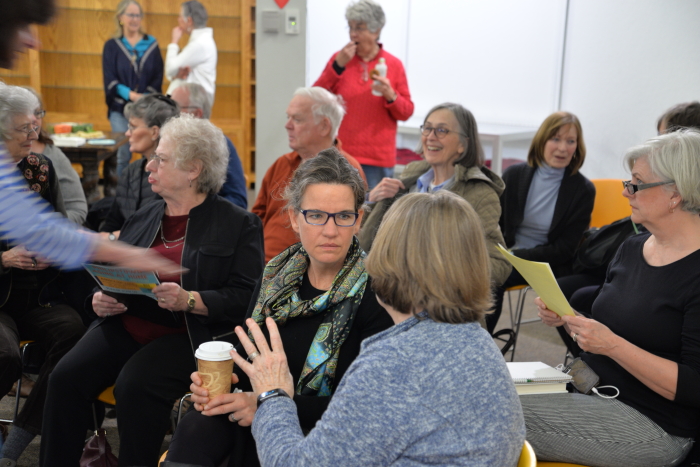 Varela-Burstein said that “transportation started us off on this. There is limited transportation in Putnam County. Most people don’t know this, but the county does have an option of providing a car for transportation services, but it’s tremendously underused.

“We can build upon the infrastructure that’s out there,” she said. “We can provide volunteer drivers, and maybe you need to be driven to an appointment, but when you’re well enough maybe you can drive someone else. The current infrastructure isn’t exactly meeting all our needs, though Rec [Philipstown Recreation] and the libraries meet many needs.”

Rauch said that for non-medical appointments, the organization will need to obtain insurance for drivers. A medical driver for the county uses its insurance but also is restricted in what he or she can do. “For example, it’s OK [to take someone] for a doctor’s appointment, but not for dialysis,” Ewen said.

“We want to talk with the county about a lot of things, particularly about the Friendship Center, which is underutilized,” she added.

Philipstown Aging at Home is building a website at paah.net that will contain links and information to services for members. For more information about the group, email [email protected]