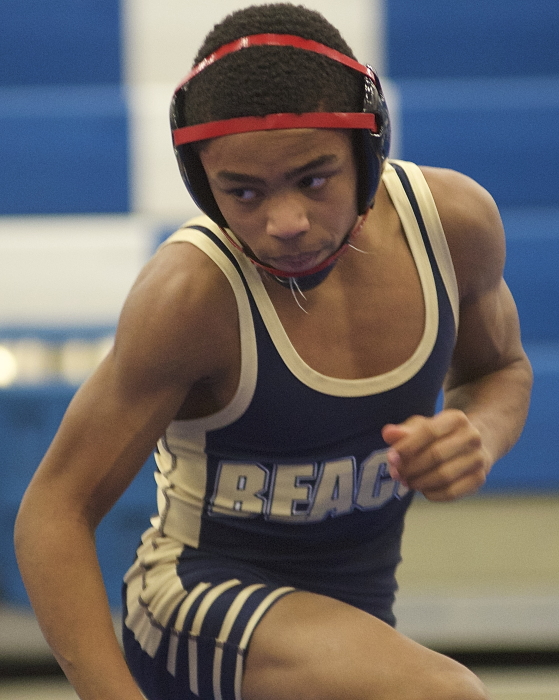 Chris Crawford, a freshman wrestler at Beacon High School who won the Section 1 title at 106 pounds, finished fifth at the state tournament on Feb. 29.

Crawford, who finished the season with a record of 39-5, defeated Shane Meenaghan of Chaminade, 6-1, in the opening round and Vincent Zaccardi of Kings Park at 4:27 before losing in the semifinals to Tyler Ferrara of Chenango Forks, 7-5. Crawford then defeated Justin Morales of Middletown, 4-3, in the fifth-place match.

In the 99-pound division, P.J. Duke, 13, a seventh-grader at George Fischer Middle School in Carmel, won the state title and finished his season at 45-0.