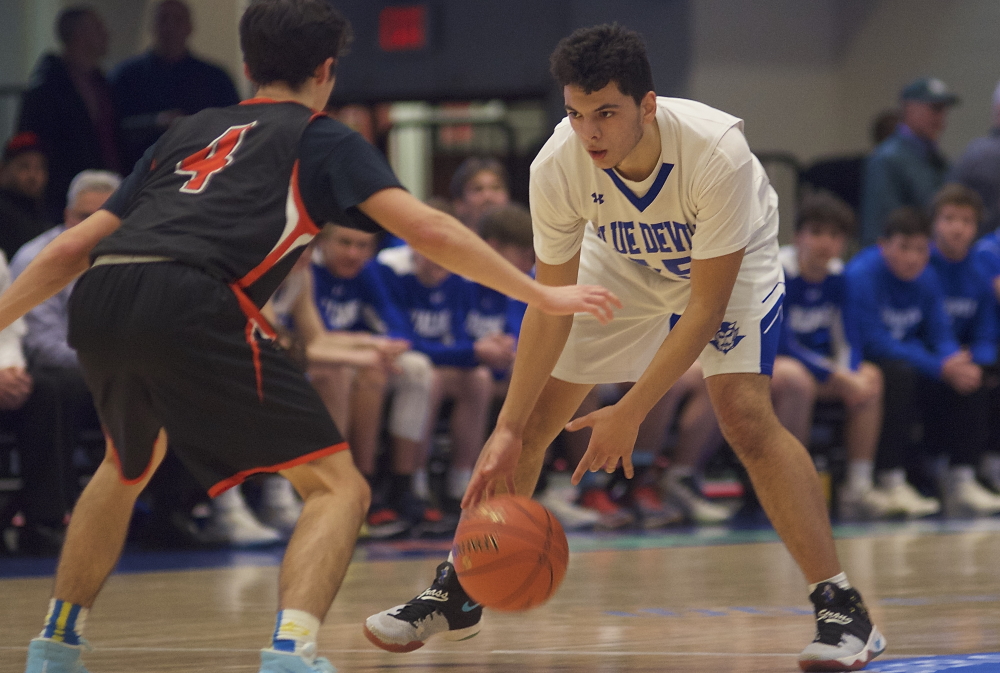 Nothing went the way the Haldane boys were hoping it would go in the sectional semifinal of the state basketball tournament on Monday (March 2) against Tuckahoe at the Westchester County Center in White Plains. 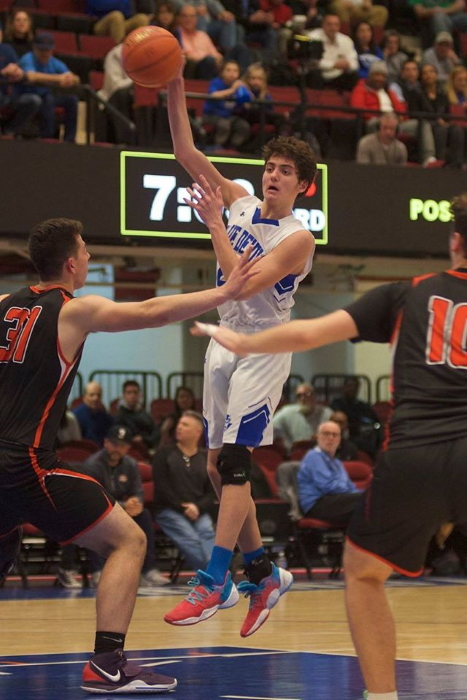 The Blue Devils were the No. 2 seed of the four qualifying Class C teams in Section 1, with the Tigers at No. 3. Haldane had defeated Tuckahoe (11-10) by 15 points during the regular season.

But the Eastchester school used that loss as motivation and kept Monday’s game close before pushing ahead just enough in the final seconds to win, 42-38.

Tuckahoe will play in Saturday’s title game against No. 1 Hamilton, which, like Haldane, defeated the Tigers by 15 points during the regular season. Haldane ends its season at 15-6.

The Blue Devils, who had not played since their regular season ended on Feb. 10 with a win at Putnam Valley, didn’t look comfortable from the start and never got into an offensive flow. But they played good defense, and that kept the game close.

Haldane led by a point with two minutes to play, but Tuckahoe went up 36-34 with 1:30 left and never trailed again.

Tuckahoe increased its lead to four with 24 seconds left, then hurt Haldane by hitting two free throws to make it a 40-34 game seconds later.

Haldane got it back to two (40-38) with 6.7 seconds left on a Mame Diba bucket, but Tuckahoe hit its free throws to close it out. 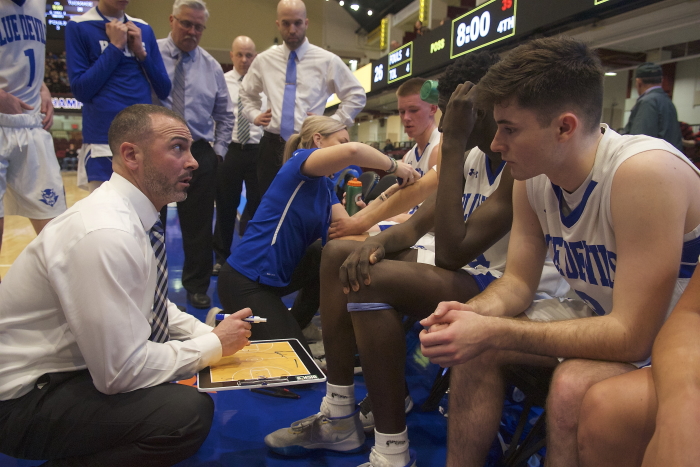 Coach Joe Virgadamo talks strategy with the team before the start of the fourth quarter. (Photo by S. Pearlman)

“The 50-50 balls [when a rebound or loose ball could go to either team] went their way, and they hit big shots in key situations,” said Coach Joe Virgadamo.

The coach said his team never found its scoring rhythm. “We struggled in the second half,” he said. “We turned the ball over a bit, and that hurt us in the long run.

“We wanted [the final score] to be in the 60s,” Virgadamo said. “But for some reason we didn’t run. It was a defensive game, and we played good defense at times. It was an extremely disappointing loss. We had four seniors committed all year, but we couldn’t get the big win tonight.”

The girls’ team, seeded No. 2 of four qualifying Class C teams in the section, made short work of No. 3 Leffell on Feb. 29 in the semifinal at the Westchester County Center, winning 63-20. 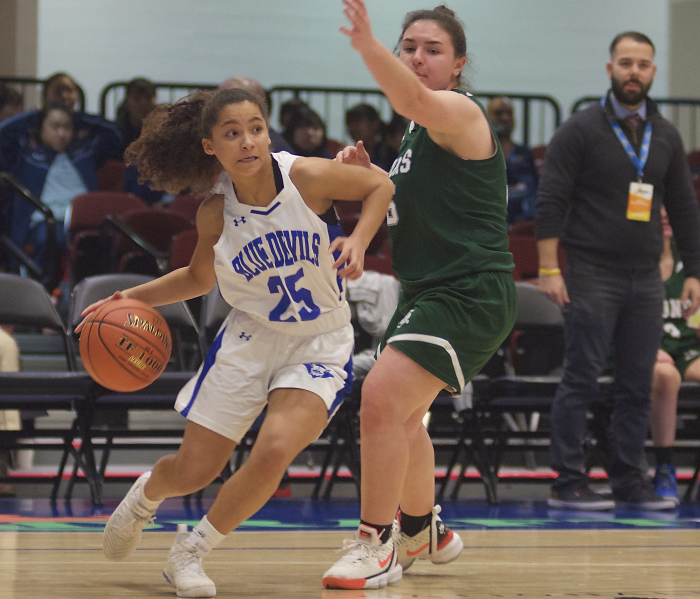 With Haldane having won six Section 1 titles in a row, and Leffell a first-year varsity program, few expected a competitive game. But a combination of Haldane’s defense and Leffell’s nerves resulted in the Lions scoring just a single basket in the first half and only four points by the end of the third quarter.

Bela Monteleone lead the Blue Devils with 15 points, Liv Monteleone added 12 and Maddie Chiera had 10. Coach Jessica Perrone said it was good for the Blue Devils to get everyone in the game, including three players brought up from the junior varsity, so they could get experience playing at the County Center.

Perrone said “the girls are pretty excited” about Saturday’s game, “and there’s a little bit of pressure because we don’t want to be the ones to snap the streak. But they respond well to pressure, and we’re ready to go.”