Every time Fiddler on the Roof is performed, the comment is inevitably made that it couldn’t be more topical or relevant. Or melodic, or funny, or wrenching. It’s a shared global experience.

Despite being set in a (fictional) traditional Jewish Russian village, the story’s tug-at-the-heart universality is acknowledged to be the primary reason for its consistent popularity since its 1964 debut on Broadway. A contingent of Haldane drama students will call Anatevka their home when the musical is performed on March 13, 14 and 15 at the high school in Cold Spring.

Fiddler’s success was unexpected. In fact, the production had difficulties attracting producers. According to Alisa Solomon, in her cultural history of the play, Wonder of Wonders, the concern was that “a story about a Jewish family set in Czarist Russia in 1905” would not be a wide draw. 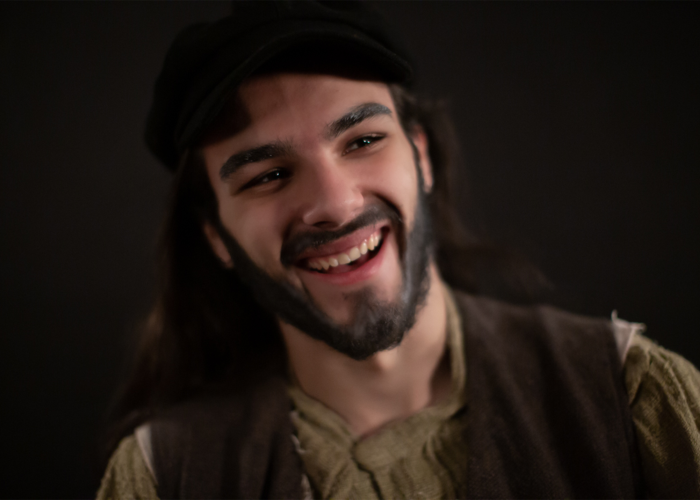 Those fears proved groundless; the show was an instant hit, running eight years on Broadway. Hundreds of productions have taken place around the world since.

The creators of the production based the musical on short stories by Yiddish writer Sholom Aleichem, which they found full of “humor and humanity,” according to Solomon. Still, it faced early criticism from Jews who felt Fiddler betrayed the Aleichem stories “by presenting audiences with a phony image of shtetl life,” she wrote.

Few others seemed to mind, moved by the family drama sprinkled with comedy and its depiction of displacement and the forces always threatening — as its most well-known song states — tradition. Though Fiddler may not be historically correct, it has, as is frequently described, become Jewish mythology.

Timing played a role in its success, as well, Solomon noted. “The civil rights movement lent urgency to the theme of tolerance even as it ignited a widespread passion for reclaiming ethnic roots.” 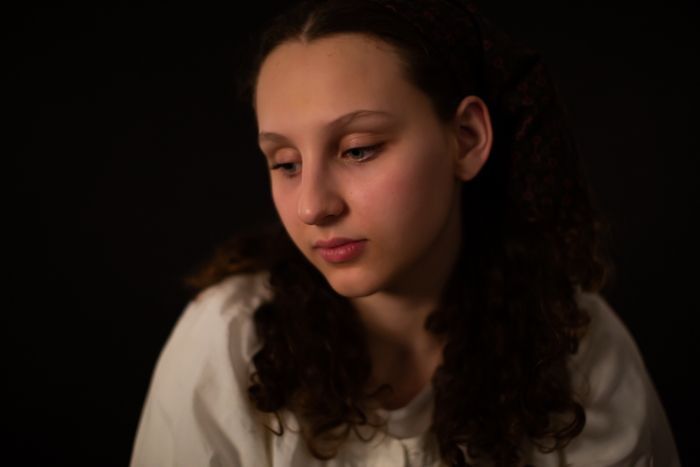 And there is the music. Many of its songs have entered the collective consciousness, including “Sunrise, Sunset,” “Matchmaker” and “If I Were a Rich Man.” The famous Bottle Dance, performed with precariously balanced glass bottles, is forever a crowd-pleaser.

The central character is Tevye, a milkman who first appeared in an Aleichem story in 1895. Tevye was at the center of a play performed at the Yiddish Art Theatre in Manhattan’s Lower East Side in 1919, and took the stage again in an off-Broadway production in the 1950s, before being claimed forever by the creators of Fiddler.

Quinn Petkus is putting on the full Tevye beard for the Haldane production. Like other cast members, he said he was able to connect the family story in Fiddler to his own heritage.

“I come from a few different parts of the world, but I’m predominantly Italian American,” he says. “My great-grandparents lived pretty similarly to the people of Anatevka — Tevye in particular. They had little money and possessions, so they relied a lot on family togetherness and traditions. One thing my great-grandfather did have was musical ability. In fact, the violin used in the show was his!”

Other cast members who have a Jewish heritage connect even more intimately to the story. “In the early 1900s my great-grandmother lived through the pogroms,” says Sophie Sabin. “Russian soldiers beat up her brothers and stole their food. Before she emigrated to America, her family was starving. She survived but, because of hunger, she was always very small.” 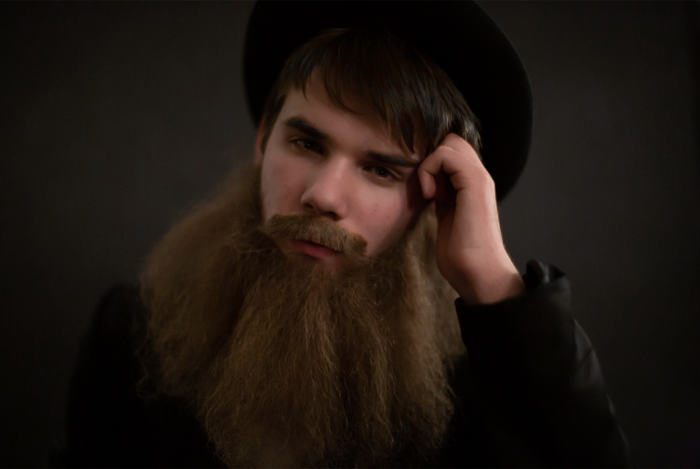 Curtis Huber’s family story resonates, too. “My great-grandfather, Sam Gurland, lived in a small town in Lithuania very much like Anatevka. There were frequent pogroms and his family was eventually driven out. One of his grandfathers was a butcher. The other was a rabbi, as was Sam’s father. Some of the family emigrated to South Africa via England. In 1918 Sam came to New York when he was 16 years old. He came by himself and lived in the Bronx with an uncle who taught him to be an electrician. He loved Fiddler on the Roof and saw it at least twice.”

Familial ties aren’t a prerequisite for connecting with Fiddler. A hit in Japan, it has been produced there countless times since its 1967 debut. As Solomon wrote: “The librettist, the late Joe Stein, loved to tell about a producer there who asked how Americans could understand a story that was ‘so Japanese.’ ”

Fiddler on the Roof, which is directed by Martha Mechalakos, with choreography by Katie Bissinger, will be performed on March 13 and 14 at 7 p.m. and March 15 at 2 p.m. Tickets are $15 for adults and $8 for students at haldanedrama.ticketspice.com, or at the door. Seniors are admitted free. Children under 8 will be admitted free with a paying adult at the Sunday matinee.