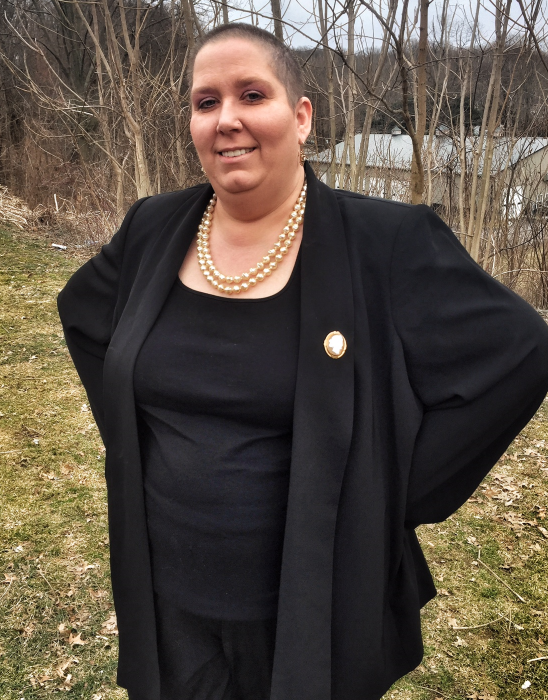 Galina Krasskova, who lives in Beacon, practices heathenry, a polytheistic religion that honors Norse gods such as Odin and Thor. She is also a spiritual counselor.

How would you describe your belief system?
I believe in many gods, although I’m dedicated to Odin and have been for 30 years. Heathenry teaches you to honor your gods, honor your ancestors, don’t be obnoxious to other people’s gods or ancestors, and honor the land, which is a living thing; it’s filled with spirits. Also, that you should take care of your family and your community, and that your word is your bond.

Were you a heathen from the start?
I grew up a devout Catholic, so the idea of being deeply engaged with one’s religion, of prayer and contemplation, that the holy powers are able to interact with us — none of that was foreign to me. I had good devotional models that taught me about discernment and the need to stay grounded and to pray. But I knew by age 12 that, while I believe all gods exist, Jesus was not my deity. So I refused to be confirmed.

What kinds of issues bring people for counseling?
It depends on the person. I don’t just counsel heathens. I have different polytheists. I have a few Christian clients. At one point, I had a few Jewish clients; I had a few Muslim clients. The questions are the questions. How do I do this right? I’m hurting and feeling isolated from my god or gods. They want to know what they can do to feel connected. Or they might be having specific problems in which the question is, Does my god care for me?

What do you think of the Marvel portrayals of Odin and Thor?
I love you so much for asking that question. I have seen one movie and bits and pieces of others. They are problematic, although the actors are marvelous. I have a problem with the way that popular culture creates a sense that we are better than our gods and that humans should put the gods in their place. I find it impious and obscene, a violation of the natural order. Those movies are entertainment. They should in no way be taken as theology.

What do you think of the use of pagan mythology by white supremacists?
It’s horrible. Neo-Nazis took the Rune Othala and use it on their flag. When I first saw that, it made me sick, because the runes are sacred to Odin. Othala is about home and family; it is your connection to your ancestors. It has nothing to do with race. I look for opportunities to have these conversations with people, where I can say, “Yes, these symbols have been misused. But so has the cross, and so has the crescent.”