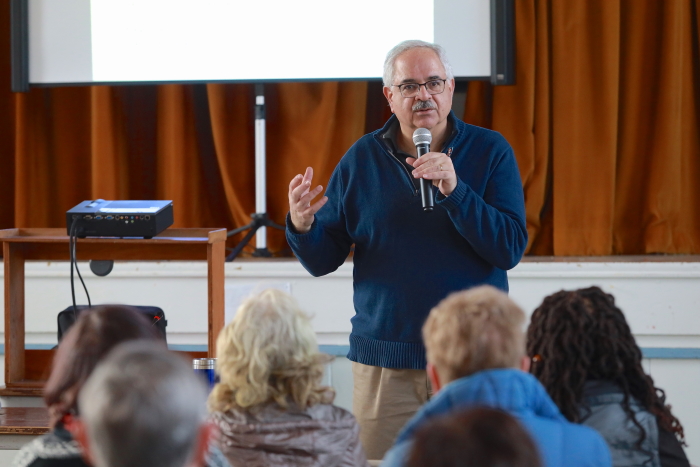 BEACON’S FUTURE — Mayor Lee Kyriacou led a two-hour discussion on Feb. 29 about development in the city. He was joined by City Planner John Clarke. Residents voiced concerns about rising rents, disappearing galleries and artists, the lack of sidewalks on side streets and a shortage of parking. (Photo by Ross Corsair) 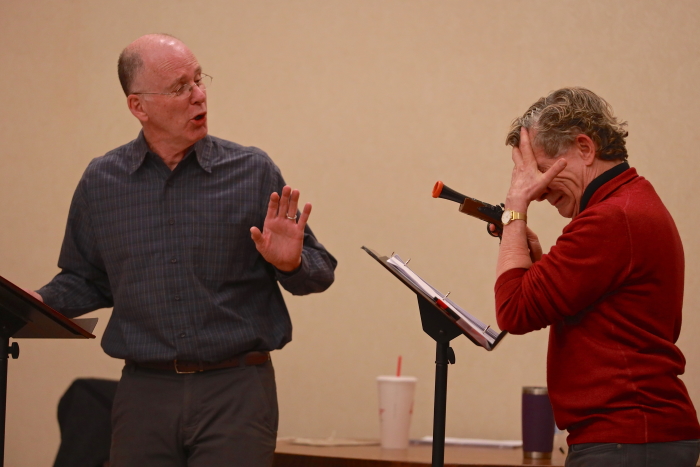 BUTTERFIELD FOLLIES — Mike Heintzman and John Pielmeier presented an evening of short, humorous plays to a packed house on Feb. 29 at the Butterfield Library in Cold Spring. The free event came with a money-back guarantee for anyone who was not amused. (Photo by Ross Corsair) 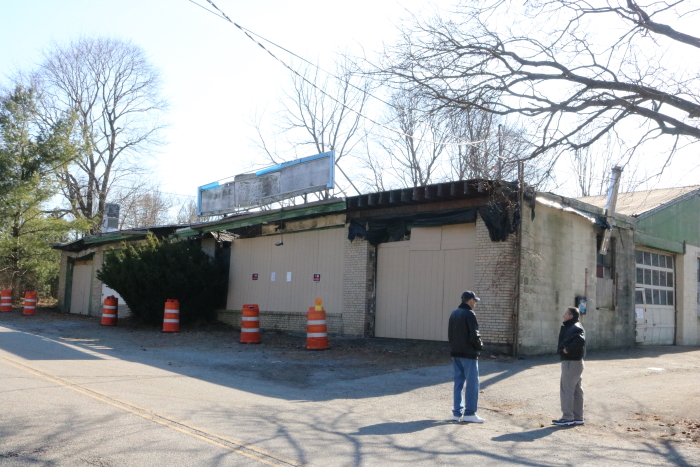 FORMER DEALERSHIP SOLD — The quarter-acre property at 37 Fair St. in Cold Spring, formerly Impellittiere Motors, was sold on March 2. It was listed for $795,000. The new owner, artist Nina Chanel Abney of New York City, plans to create a live-work space and gallery on the site. The Ford dealership opened in the 1950s and operated for about 40 years. (Photo by Michael Turton) 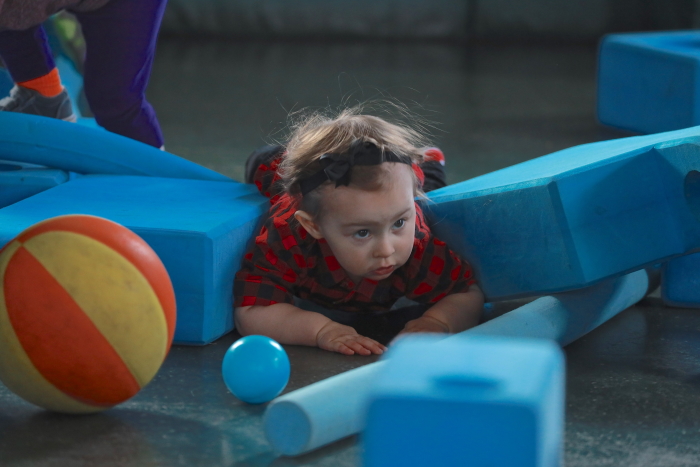 FINALLY WORN OUT — The Wee Play Community Project hosted its weekly block party for toddlers at the Beacon Recreation Center on Feb. 28. (Photo by Ross Corsair)