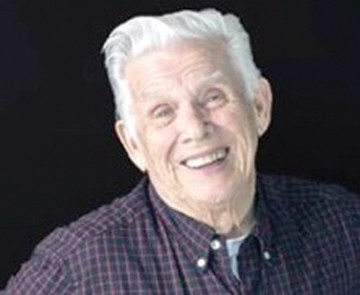 Gary M. Ritchie Sr., 88, of Southington, Connecticut, and formerly of Cold Spring, died Feb. 18 at his home, surrounded by his family.

He was born Dec. 21, 1931, in North Russell, New York, the son of George and Ina (Parker) Ritchie. Until his retirement, he was a corrections officer for the State of New York. He also was proprietor of Ritchie’s Valet Service and served as the assessor for the Town of Philipstown for 31 years.

Gary was a commissioner for the North Highlands Fire District in Philipstown and active in the Cold Spring Lions Club, where he was awarded an outstanding service award. He enjoyed golf, bowling and bingo, but mostly, his family said, he enjoyed spending time with his grandchildren and family. He was known for his sparkling blue eyes, charismatic smile, quick wit and contagious laugh.

He is survived by the mother of his children and friend, Lydia Ritchie; and his children, Deidre Benitez (Abe) of Southington; Gary M. Ritchie Jr. (Kerri) of Highland Mills; and Alyce Orr (Bill) of Danbury, Connecticut. He also is survived by his grandchildren: Keith, Pepper, Alyssa, Kaela, Taylor, Kara, William, Andreah, Abigail and Harper; and his great-grandchildren: Madeline and Adeline. In addition, he is survived by a sister, Dixie Gilby (Joe) of Las Vegas.

A funeral service will be held March 14 at DellaVecchia Funeral Home in Southington, followed by private burial.

Memorial donations may be made to the St. Jude’s Children’s Research Hospital (stjude.org) or the Shriners Hospital for Children (shrinershospitalsforchildren.org), or Care for Our Wounded Soldiers (caregivingfoundation.org).