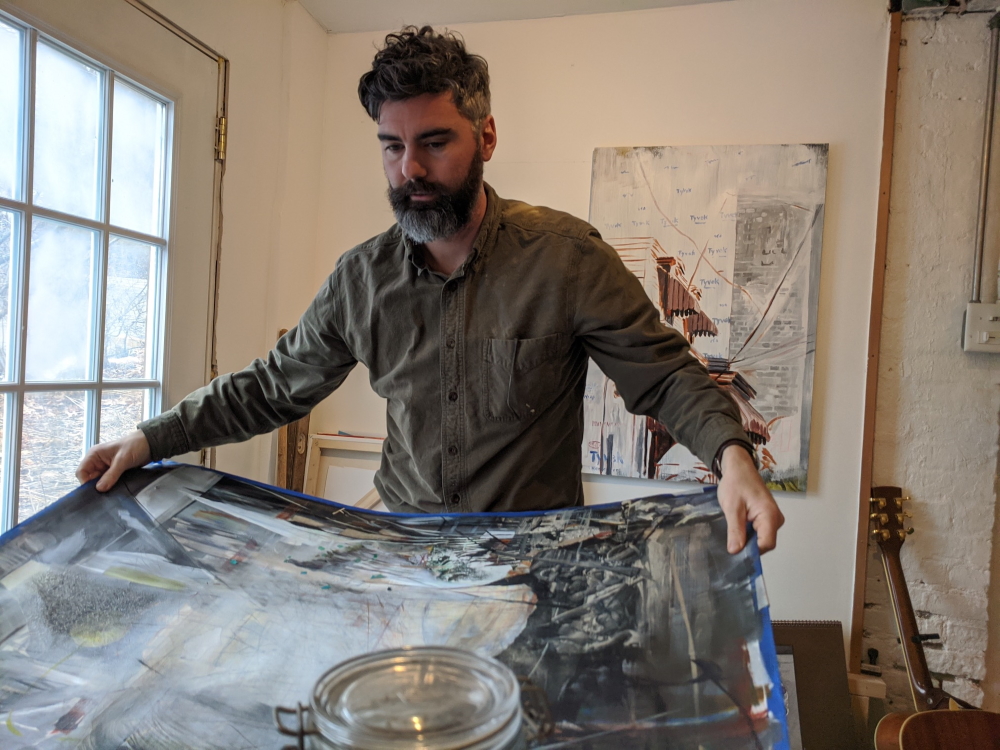 Matthew William Robinson, holding one of his works (Photo provided)

He does this on canvas, using string, cut-up magazines, paint and ink, energizing the architecture with new rhythms and spatial dimensions.

The structures in Robinson’s paintings are abstract but take their cues from awnings, tarps or Tyvec or other, more innate, features. Some are imagined, others inspired by actual sites. They’re designed so that the elements join with colored pencil lines to create the illusion of depth.

Robinson’s work will be on display in a solo exhibit, Everything, 2020, that opens at the BAU Gallery on Second Saturday, March 14, with a reception from 6 to 9 p.m. It continues through April 5.

Robinson says he has been influenced over the years by architecture that intruded. When he grew up in Connecticut, “there was a lot of nature and space,” he recalls. “My dad and I used to hike on the tractor paths through the woods and make wreaths out of spruce.” But the fields were eventually overtaken by “McMansions that looked so large and foreign,” he says. “They were just plopped into a field, almost like towers.” 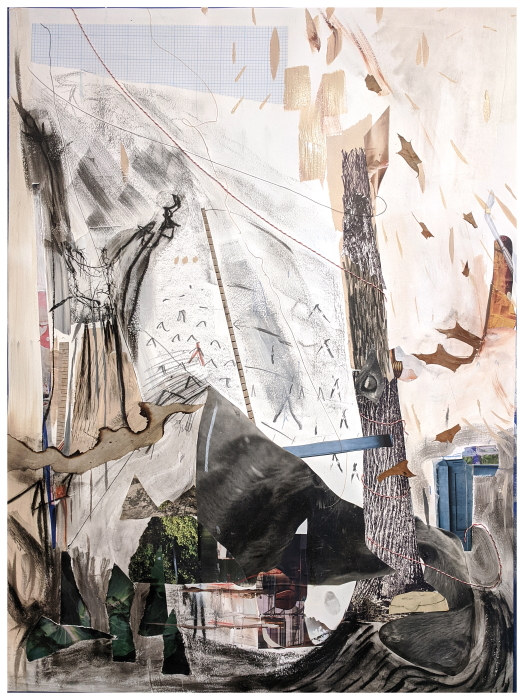 Attending Montgomery Community College near Gloversville, in upstate Fulton County, he saw another type of architecture: distressed. “There was a lot of beauty in the leather-making buildings,” he says. “There was a plant built, then it just stopped. A dam too. It was an eye-opener.”

He continued his studies at Central Connecticut State University, in New Britain, which he describes as a “Stanley tools town, a city built around an industry.” There he observed “the idea of the neglected — these booming places, once so elevated, with large Victorian houses, people riding carriages to massive church buildings, beautiful street lighting, an amazing infrastructure. Then a big flood, and later much of it was ripped down to build towers.”

All of these meditations proved compelling. After graduation, he moved to Brooklyn and savored the architecture of his neighborhood around the Pratt Institute, where he earned an MFA in painting and art education. “There was lots of urban renewal, towers built during the Robert Moses era, many closed-up areas,” he says. “These things fed into the artwork.”

In the city, Robinson found himself “influenced by the urban time capsule and the alteration to the city structure that was happening, like the Barclay Center, built over the train tracks, and epic, beautiful structures being used for a cool flea market. Nowadays it might be a boutique hotel or condos.”

His work from that time reflects his fascination. “I’d take collage elements of structures and piles of stuff I saw that I was drawn to and create a painting around these fragments,” he says. “They were like disorienting collages which lost a lot of their original intent, but they were recognizable as abstracted buildings.” 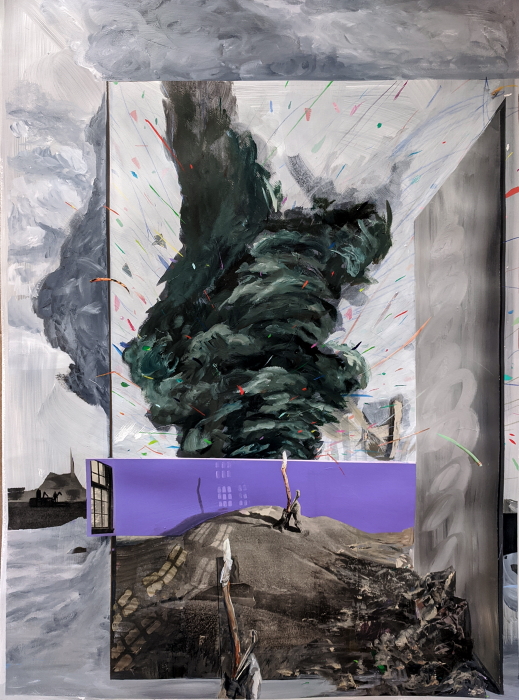 After graduation, Robinson taught at public schools. He and his wife, Romina, whom he met at Pratt (the couple is expecting their second child), relocated to Beacon after discovering it through visits to Dia. After spending a few years working on their new home, Robinson found the time and space to begin painting again about 18 months ago.

He began by drawing, then in the spring turned to painting. “I made a series based on digital collages of Beacon architecture,” he says. “It referenced my earlier work, but I dealt with more interiors and experimented with the limitations of my painting skills.”

Robinson began to construct his abstracted buildings from photographs that he manipulated digitally, then painting from those images. “Because the work had already been made, I found it not as organic, and instead very rigid,” he says. “I discovered that I don’t really love just doing photography. It’s more fun responding to things in a live, spur-of-the-moment way — getting into strange problems that you have to solve aesthetically.”

“I’m grateful to be able to show work,” he says. “It lets you know that you’re communicating effectively, or at all, and you’re not just speaking to yourself in your studio. It drives it further, having people see your vision.”

The BAU Gallery, at 506 Main St. in Beacon, is open from noon to 6 p.m. on Saturdays and Sundays.