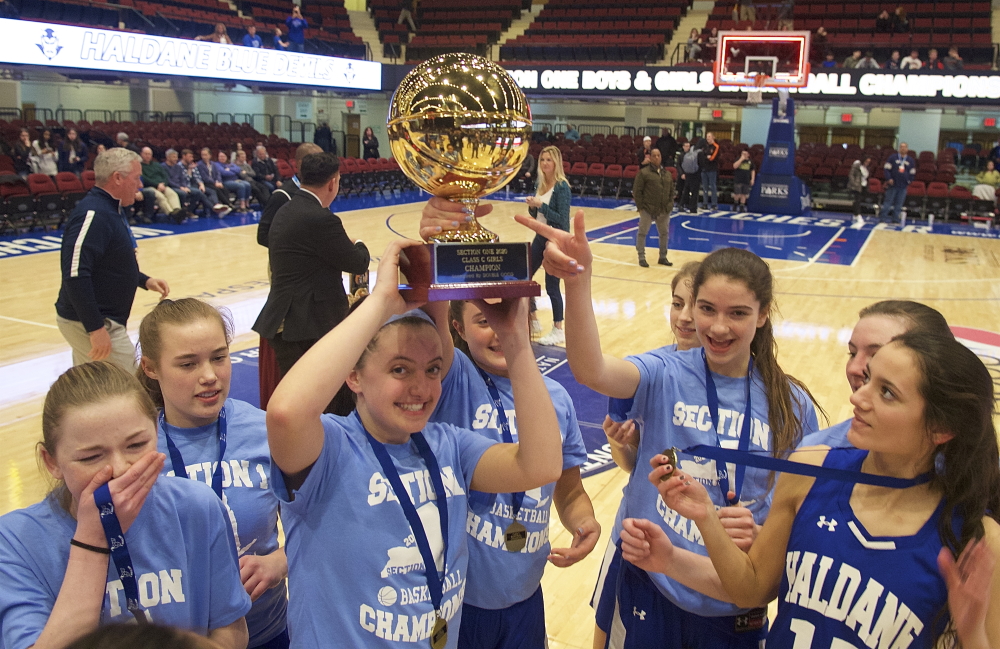 The team with its trophy (Photo by Skip Pearlman)

Seventh crown in a row; play Tuesday in regional

The Blue Devils (12-10) had been scheduled to play Section 9 champ Millbrook (19-3) on Tuesday (March 10) at Horace Greeley High School in Chappaqua, but the school withdrew its venue on March 9 because of concerns about the coronavirus. The game was moved to Mount Saint Mary College in Newburgh but has yet to be rescheduled.

Liv Monteleone, who scored 11 in the title game, and Shianne Twoguns, who had nine, were also named to the All-Tournament team. Maddie Chiera scored nine points and Abigail Platt had seven rebounds.

The Putnam Valley High School girls’ team took the Section 1, Class B crown after defeating Irvington, 52-49, for its first sectional title. Putnam Valley (20-3) was scheduled to play Section 9 champion Marlboro on Wednesday at Mount Saint Mary College in Newburgh but that game also was postponed.