Why more films are being shot in the Hudson Valley

In show business, it’s all about who you know.

That’s how the six-part HBO miniseries I Know This Much Is True, based on the bestselling novel by Wally Lamb, came to be filmed in the Hudson Valley. A producer on Jim Jarmusch’s zombie movie The Dead Don’t Die mentioned to someone working on the series what a positive experience they’d had filming here.

That comment led to the series, in which Mark Ruffalo plays twin brothers, being shot entirely in the Hudson Valley for more than a year, through November. Even with the series set to premiere next month, the crew was still out locally this week getting a few last shots.

A member of the production team on I Know This Much Is True mentioned to a production member of another upcoming HBO series, The Undoing, starring Nicole Kidman, how easy it was to close down a road here for filming. As a result, The Undoing was filmed in Dutchess County, as well. 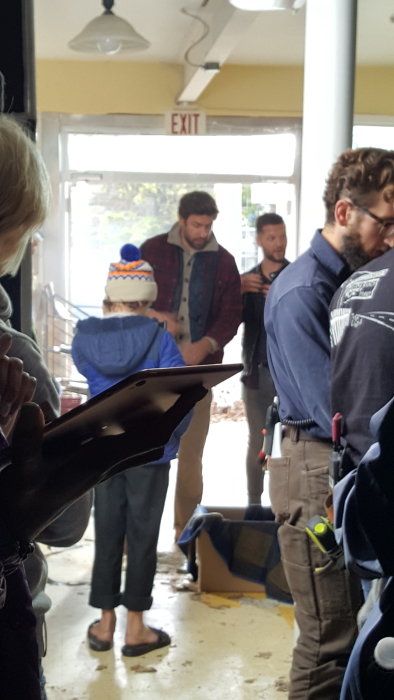 Actor and director John Krasinski (center) prepares to shoot a scene in 2018 at the Beacon Natural Market for A Quiet Place.

“I’ve never met anyone who didn’t love filming here,” said Laurent Rejto, the founder and director of the Hudson Valley Film Commission, at a seminar about the local film industry presented at CineHub in Beacon on Wednesday (March 5) to a standing-room-only crowd. “And the film business is very small. Everybody knows each other.”

Over the past few years, film and TV production has exploded in the Hudson Valley, Rejto said, increasing by 55 percent in 2019 over the previous year. That translates to $46 million in spending and 42,000 booked hotel rooms.

And that’s only the direct impact of the film industry, he said. There’s also the indirect impact, that’s harder to quantify, of tourists who want to see where their favorite films were made.

“We’re already getting those calls,” said Melanie Rottkamp, the vice president of Dutchess Tourism. “A Quiet Place has been huge for us,” she said, referring to the 2018 thriller that had scenes filmed in Beacon. A sequel, also filmed locally, is due out this month.

The Hudson Valley has numerous qualities that make it attractive to movie-makers, such as its stunning landscapes, stately mansions and picturesque mountain towns, Rejto said. Its proximity to New York City also means that an unusually high number of qualified, union professionals live here, including actors.

But the boom in local filming has to do with something a lot less glamorous, he said: The bottom line, which until recently didn’t work in our favor. 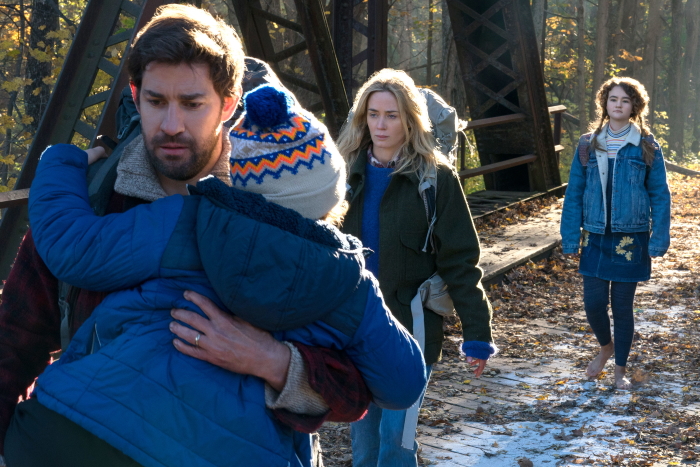 In its final credits, the producers of A Quiet Place thanked residents of Beacon, Pawling and New Paltz for their help in making the film. This scene was shot on the Wallkill Valley Rail Trail Bridge. By one estimate, the filmmakers spent $18 million in the region during seven months of filming. (Paramount)

For decades, film unions required additional fees for anything shot outside a 25-mile radius of Manhattan’s Columbus Circle. The state tried to offset the costs by offering a tax break to filmmakers who worked upstate, but defined “upstate” as “north or west of Albany.”

New York has since extended the tax breaks to include the Hudson Valley. And for the production of I Know This Much Is True, producers were able to convince the unions to not charge additional fees within a 25-mile radius of the IBM campus in Poughkeepsie, where the film’s production office was based. HBO then hired many Hudson Valley union members.

How to Become a Star

Submit your property as a possible film location
dutchesstourism.com/film-in-dutchess

Learn about films being shot in the Hudson Valley that need actors, crew, locations or props such as classic cars
hudsonvalleyfilmcommission.org

Nevertheless, “we still lose films every day,” said Rejto. Canada’s favorable exchange rate makes it an attractive option; the TBS comedy People of Earth, despite being set in Beacon, was filmed near Toronto. And state tax credits only reimburse productions for a percentage of crew costs, not for actors and directors. That’s why the state lost the film Joy to Massachusetts, which was willing to cover 30 percent of Jennifer Lawrence’s $15 million salary.