The Cold Spring Police Department has been waiting since the fall for Putnam County to fund the purchase of four license-plate readers for its officers, but legislators say they first want to establish a policy to guide how the data is used.

The readers are high-speed camera systems mounted on squad cars that can capture and store license plate images to help track vehicles, which has raised privacy concerns.

At a meeting on Tuesday (March 10), the three-member Protective Services Committee voted unanimously to send a policy drafted by the Putnam County Sheriff’s Department to the full Legislature to consider at its April meeting.

However, committee members referred to the draft as still rough and stipulated that any final version considered by the Legislature should address concerns raised Tuesday with Sheriff Robert Langley Jr.; Larry Burke, the Cold Spring department’s officer-in-charge; and Conrad Paquale, the senior deputy county attorney. 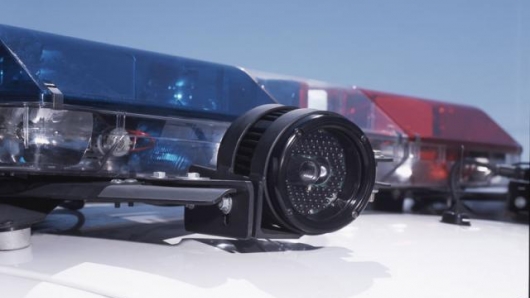 A license-plate reader on a police car in Minnesota. (VCN Capital News Service)

Those concerns included how long data collected by plate readers could be stored (legislators said three years; the sheriff suggested six); whether the public and businesses can get the data; and penalties that would be assessed for abuses.

The text of the draft was not made public, nor was a six-page analysis prepared by Pasquale.

Burke described the Sheriff’s Department draft as “great” but acknowledged that the committee review process had been “a little frustrating, coming over here hoping to get the funds a while ago — and now I’m getting caught up in a policy.”

In November, the Sheriff’s Department and the Cold Spring police proposed that the county help the village buy four readers. Capt. James Babcock, who accompanied Langley to Tuesday’s meeting, said state grant money had been earmarked for the purchase.

According to the Sheriff’s Department, police in Carmel, Kent and Brewster, the state police and the sheriff’s deputies already use readers. In December, Putnam County District Attorney Robert Tendy reminded the committee that the county had helped fund readers for the Carmel police.

“These are out there right now, with no policy” from the county governing the use of the data, noted Legislator Paul Jonke (R-Southeast), who chairs the Protective Services Committee.

He backed a policy but opposed further delays in order to perfect one. “We’ve been kicking this thing around for quite some time. I’d like to see some motion and get these things out on the road,” he said.

But another committee member, Neal Sullivan (R-Carmel), argued that there was no reason to rush. “It’s better to get these things done right the first time and not have to be continuing to tweak” them, he said. “Just because towns and villages have not caught up with us does not mean we should lower our standards” and fail “to create a comprehensive policy,” he said.

What Are the Rules?

The American Civil Liberties Union and other organizations have expressed concern about the data collected by police using license-plate readers and how it is used. It suggests that policies include principles such as:

The government must not store data about innocent people for any lengthy period. Unless plate data has been flagged, retention periods should be measured in days or weeks, not months and certainly not years.

People should be able to find out if plate data of vehicles registered to them are contained in a law enforcement agency’s database.

Any entity that uses license plate readers should be required to report its usage publicly on at least an annual basis.

He told Burke: “We want you to get your LPRs in Cold Spring; don’t doubt that.” However, “we want to do this the right way.” He said that his view is shared by County Executive MaryEllen Odell, who last fall removed funding for license plate readers from the 2020 county budget.

The third committee member, Ginny Nacerino (R-Patterson), proposed sending the draft to the full Legislature with further changes to be discussed.

Originally, Burke told the committee, he had planned to use license plate readers only inside Cold Spring, “which means I wouldn’t have to follow anybody’s policy but the policy I came up with, for my village.”