Does not meet standard for bail under law

In a case cited as an example by opponents of the flaws in a newly enacted state bail-reform law, a town judge for the third time released a New Hampshire man accused of stalking a Putnam County woman. 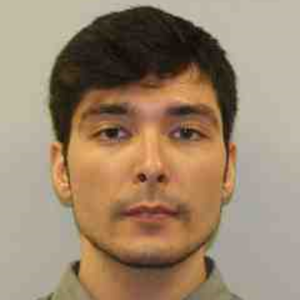 The Town of Southeast judge cited the law on Tuesday (March 11) in declining to set bail for Rattana Phimmavongsa, who was charged in January with stalking a woman he met while gaming online and then again in February with violating an order of protection by repeatedly contacting her by email and phone.

Lean and clean-cut, and wearing glasses, Phimmavongsa resembled a young professional as he stood before Judge Richard Vercollone.

Vercollone said the reform law, which went into effect on Jan. 1 and mandates that people charged with misdemeanors and most nonviolent felonies be released, prevented him from requiring bail, despite his two arrests.

“My client is here,” said his attorney, Elizabeth Costello of the Putnam County Legal Aid Society. “The primary purpose is that he show up in court.”

Glasser asked Vercollone to order Phimmavongsa jailed with bail under a statute that dates to before the reform that allowed judges to revoke release conditions for “failure to obey a lawful order.”

The statute was “completely unaffected” by bail reform, Glasser argued. “This court has authority to enforce its own orders, independent of whether they [defendants] show up in court.”

Putnam County sheriff’s deputies arrested Phimmavongsa on Jan. 18; he was charged with fourth-degree stalking, a misdemeanor, after he showed up uninvited at the woman’s home in Southeast.

The woman said she met Phimmavongsa online while playing a game called Ark Survival. She said she stopped speaking to him about two years ago “due to his ‘jealous’ behavior toward her,” according to the Sheriff’s Office.

The woman said her gaming account was hacked on Jan. 16, and two days later, Phimmavongsa showed up at her door. “She never provided him her home address,” Glasser said. She called the police, and Phimmavongsa was arrested at a nearby motel.

Glasser said Phimmavongsa contacted the woman at least 60 times, including after the order of protection was issued.

Phimmavongsa was arrested a second time on Feb. 11, the date of his court appearance on the stalking charge, and accused of calling the woman five times that day. He was charged with multiple counts of felony and misdemeanor criminal contempt. A different town judge said he could not set bail under the law but did order electronic monitoring and told Phimmavongsa to stay out of New York until his court appearance.

Under bail reform, a defendant can be jailed for violating a protective order, but only in a domestic violence case. The Phimmavongsa case is not defined as “domestic” because he and the woman are not spouses or partners.