Suzie Gilbert was stuck, inside and out.

Holed up in solitude in a house in the woods, she spent two years trying to write a book which just wasn’t flowing. While “whining” to her agent about “how badly this book was going”, she stopped and told him a funny wildlife rehabber story.

“He stopped me, and said ‘Why are you writing what you’re writing?’ ” she recalls. “That story you just told me — why don’t you write a novel instead? Go figure it out.”

So Gilbert, who first book was a 2006 memoir titled Flyaway: How a Wild Bird Rehabber Sought Adventure and Found Her Wings, made her first attempt at fiction. The first of four attempts, as it turned out. 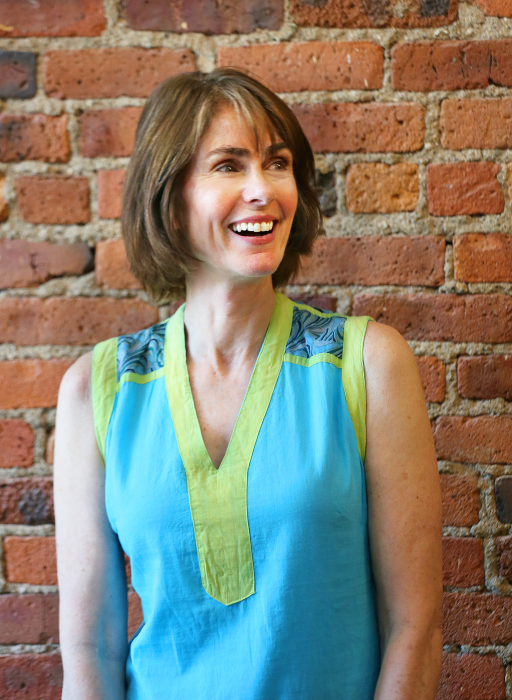 “The first draft was all over the place,” she says. “So was the next. I did three full drafts, sent each to my agent thinking, ‘Oh, he’s just going to love this’ and hearing back from him that there were big problems.

“I wasn’t hopeful about the fourth. Instead, he called me and said ‘I absolutely love this,’ which shows that I should not be an agent.”

The result is Unflappable, which will be released on March 24. (It is actually her second work of fiction, but Hawk Hill, published in 1996, was written for children.) Gilbert, who is scheduled to read from the novel at the Desmond-Fish Public Library in Garrison on April 26, has posted the first chapter on her website.

At first, Gilbert attempted to write a murder mystery, but found she was “terrible at it,” she says. Dissatisfied with the “depressing, lyrical, introspective nature of environmental stories,” she “wanted to tell an adventure — a fast-paced, funny story that had a heart as well, and also to show what wildlife rehabbers really do. It has wound up more like Thelma and Louise — a road trip with suspense, thrills, chills, sex, violence, everything, thrown in there.

“It’s not completely slapstick, there are dark parts in it,” she says. “I hope it appeals to a bigger audience than the environmental crowd. It’s hard to spread the word when our culture is so driven by gadgets.”

Gilbert describes the caffeinated plot this way: “A young woman, Luna, wildlife rehabilitator, is smuggling a full-grown bald eagle out of her billionaire estranged husband’s private zoo in Florida, hoping to reunite the bird with its mate, and transport them from Key West up to Ontario, where there’s an eagle sanctuary …

“There’s a large cast of characters, some helping her, and some trying to stop her, as she moves up through the country through an underground network of wildlife rehabbers. A tech guy is dragged along with her.” 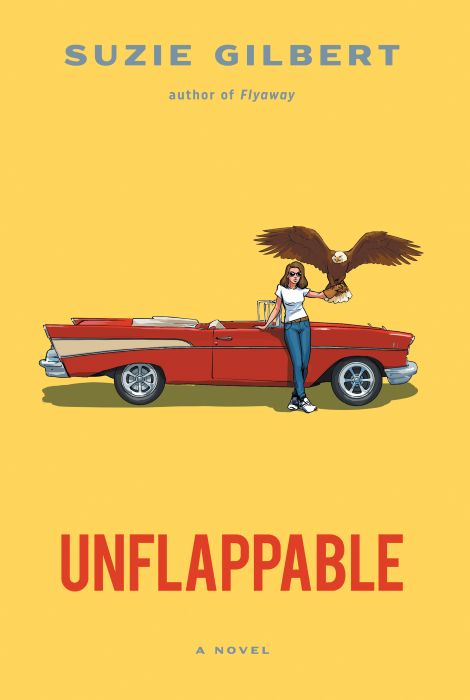 Gilbert’s novel will be published on March 24.

After growing up in Oyster Bay on Long Island, Gilbert lived in New York City for a long time, something she doesn’t want to do again. “I could never live in the city,” she says. “I’m too much of a woodsy girl. I don’t know that I could ever move from this area. You can still find places here to walk for miles and not see anybody.”

Moving to Garrison in 1990, Gilbert connected with wildlife right away. “I was always into animals, though not necessarily birds,” she says. “A friend said, ‘You should go to Rhinebeck and check out the Hudson Valley Raptor Center.’ That was it — I worked there for 11 years, then opened my own rehab in my home.”

She doesn’t do rehab anymore but still does rescues and still considers wildlife rehabilitators her “tribe,” saying: “They want to save their corner of the world, and almost kill themselves doing so.”

Asked why birds capture her heart, Gilbert’s answer is to the point: “They can fly.” She adds: “Birds are magical. They’re beautiful creatures. People think of birds as little robots with wings, yet every wild bird I’ve ever rehabbed, of which there are many, had a distinct personality — from great blue herons to sparrows.”

Her favorite? Surprisingly, it’s the crow. “They’re so smart, so funny, and have such extreme personalities,” she explains.