Painters Alex Bradley Cohen (born 1989) and Rafael Ferrer (born 1933), are the seventh and eighth artists paired off by Parts & Labor Beacon in their gallery template that teams the works of a contemporary artist with works done by another in earlier years.

In this instance, Cohen’s more recent paintings share space with art created in the early 1980s by Ferrer, who is still painting.

“This is the first show where you really get confused as to which work was done earlier,” says Nicelle Beauchene, who co-owns the gallery at 1154 North Ave. with Kent Henricksen and Franklin Parrasch. 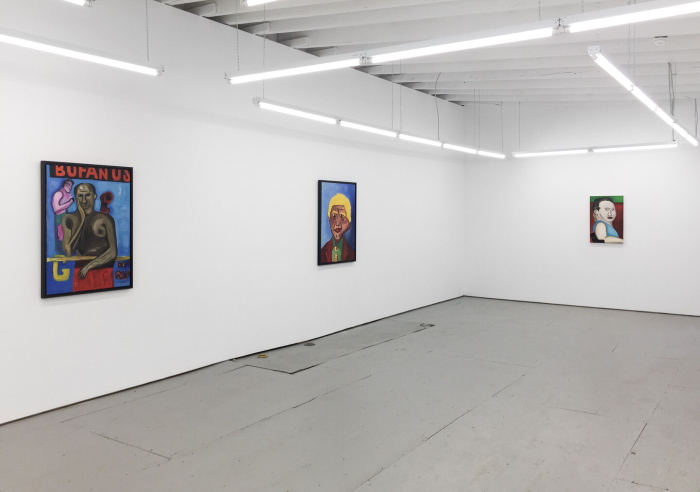 This is the fourth show at Parts & Labor has mounted since it opened in May. “I hope we’re bringing something to Beacon that’s fun and different,” Beauchene says. “Hopefully, through this collaborative project, people will see the differences between ‘historical’ art and work being done now. We know that someone off the street isn’t going to know who either artist is, and that’s totally fine.”

As with other Parts & Labor shows, this one will run for several months. It opened in early February and runs through May 3, although because of concerns about the coronavirus, it is open only by appointment (email [email protected]).

Beauchene says portraits by Cohen, whom her eponymous New York City gallery represents, are about the “kinship and the interior lives” of his subjects. He paints “friends, family members and colleagues in scenes of everyday moments of connection. He spends hang-out time with them. So, in a way he’s painting a self-portrait. They’ve become autobiographical as he’s grown into his practice and his own language. They visualize the complexities of belonging in relation to others.” 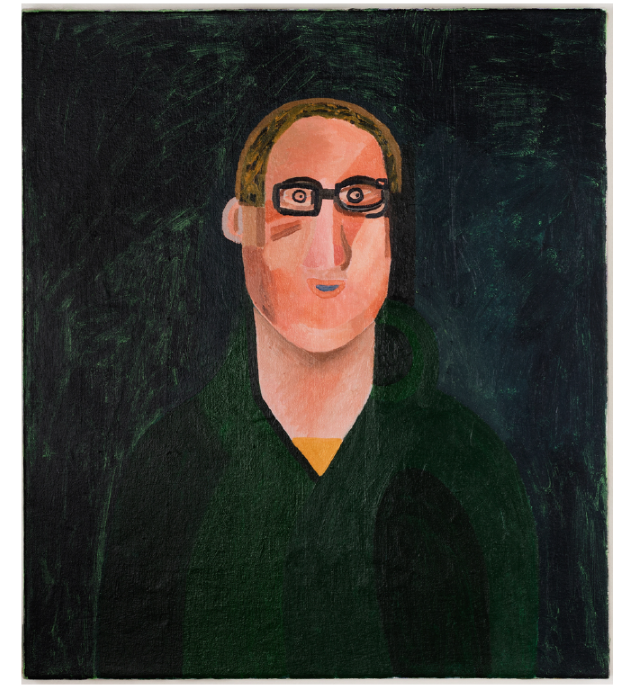 The portraits are made from personal photographs and memories rather than direct observation, she notes. “Friends appear across shared lunch tables or relaxed in their living rooms, either gazing at the artist, caught mid-conversation, or lost in their own thoughts.”

Ferrer’s work was more conceptual when he first emerged as an artist in the 1960s. Initially a musician, the native of Puerto Rico began to draw and paint while at college, galvanized by a 1953 trip to Paris. By the late 1950s he was experiencing success as a process-based artist, and was a part of a groundbreaking 1970 exhibit, Information, at the Museum of Modern Art. 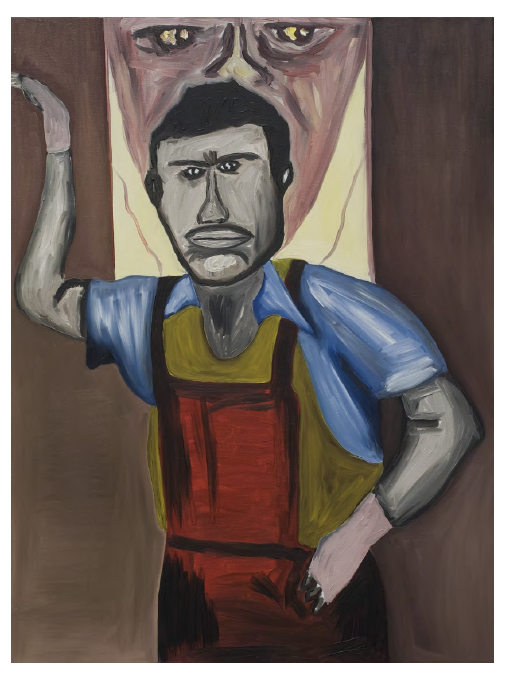 “Ferrer began to weave more personal elements into his work, a shift seen in his solo exhibition Museo (1972) at the Museum of Contemporary Art in Chicago,” Beauchene says. “He was greatly stimulated by Chicago’s scene. That exposure helped to confirm for him the course he had intuitively been taking in his work.”

By the late 1970s, Ferrer had returned to figurative painting, and the Parts & Labor show features neo-expressionist portraits he did in Puerto Rico in the early 1980s. “He’s painting the people from where he grew up, and he’s skewing the figures, making arms tiny and taking other liberties when rendering them,” Beauchene explains.

Ferrer spends part of the year in Puerto Rico and the remainder in Greenport, New York. Beauchene thought she would like to see his work paired with “a young contemporary artist with a little more street credit and grit.”

While pitching the idea to Ferrer, Beauchene spent a lot of time talking with him about the premise and visiting his studio. She didn’t need to do much coaxing with Cohen. “Although Rafael fell off the page a little — history can swallow older artists up — Alex knew who he was and was excited about being in the dialogue. These collaborations are just so rare — the opportunity to show like this.”