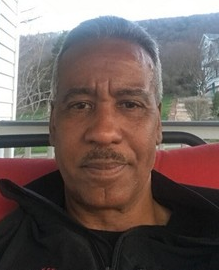 Donald C. McNeal, 62, who owned and operated the Beacon Barkery in Beacon, died on March 17 at his home in Hopewell Junction.

He was an avid animal lover who bought the Beacon Barkery from Libby Faison and Nanci Pate in 2016. His son, Jonathan McNeal, an employee at the shop, which specializes in natural pet foods and treats, told him it was on the market.

“We always liked the store,” McNeal told A Little Beacon Blog in 2016. “After Jon told my wife and I that it was for sale, my wife kept at me. ‘When we going to buy the Barkery?’ ” In 2017, Don opened a second store, the New Windsor Barkery.

In addition to operating the stores, Don enjoyed playing the drums. He also had worked as an exterminator for Orkin/Craig Thomas Pest Control.

Besides his wife, he survived by his sons, Donald C. McNeal III (Julie) of Wappingers Falls and Jonathan E. McNeal of Hopewell Junction.

The family will have calling hours, a funeral service and interment at Fishkill Rural Cemetery at a later date.