Congressman working from home in Philipstown

As the COVID-19 threat spread across the Hudson Valley and the nation, Rep. Sean Patrick Maloney, the Democrat whose district includes the Highlands, traded his House office on Capitol Hill for his house office in Philipstown. 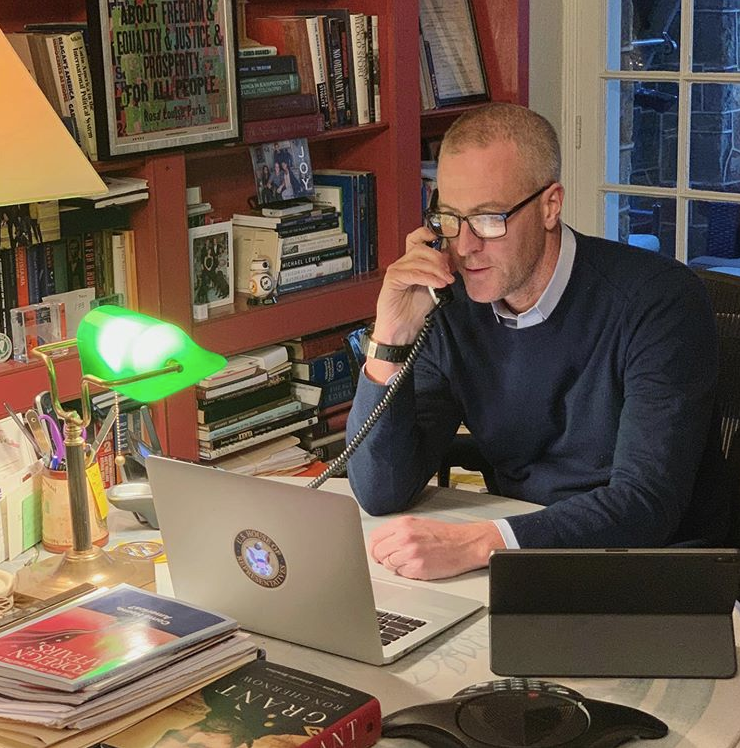 In a photo taken from Instagram, Rep. Sean Patrick Maloney conducts a telephone town hall on March 19 from his home in Philipstown. (Photo provided)

He returned briefly to Washington, D.C., to vote on key legislation but otherwise, with the House in recess, has been working from home, where his daughters, Daley, a 2019 Haldane graduate now at the John Jay College of Criminal Justice in New York City, and Essie, a Haldane junior, dig into their own assignments after schools closed. Maloney’s husband, Randy Florke, is a real estate broker and also homebound.

The Current spoke with Maloney by phone on Wednesday (April 1).

President Trump has avoided calling a nationwide quarantine. He also has been reluctant to use the Defense Production Act to compel industries to manufacture ventilators and other equipment. What, if anything, can Congress do?

If you’re asking whether the 435 members of the House and 100 members of the Senate can become the president of the U.S. because Donald Trump isn’t using the tools he’s been given, the answer is, “No, we can’t.” He isn’t using the authority he already has. The Defense Production Act is the most glaring example. The question is, why? The delay is inexcusable and the consequences are horrific, when you listen to governors having to compete with one another, bidding up the price of ventilators and personal protective equipment, for no reason. There should be a centralized, coordinated, forceful presidential command and control structure. It’s frustrating. What’s missing is leadership.

So what about Congress?
Congress needs to fund this effort and we have done so — more than $2 trillion of critically needed relief measures, with billions of research and technical funding for testing and vaccine production and all the things necessary to combat the virus. That funding and those measures need tobe implemented by the president. Help is on the way, with a scope and level greater than anything in American history. Yet there are more things Congress needs to do, particularly in economic recovery.

When the threat ends, will Congress investigate the White House’s response to the pandemic?
Absolutely. There should be a bipartisan, independent commission that looks at all aspects of the pandemic and our response, to learn, and to demand accountability, so we are never in this position again. 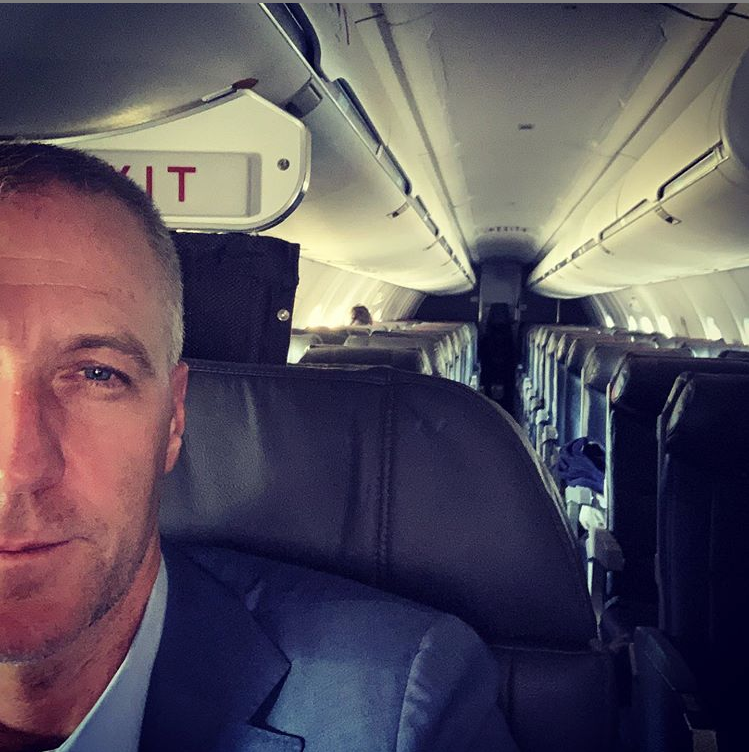 A photo posted last week on Maloney’s Instagram account: “Returning to Washington to pass the relief bill. Social distancing not a problem.”

If one of the committees you sit on holds hearings, what question would you most want to ask a White House official?
Several areas cry out for answers. First: How have we failed so spectacularly to have a national testing system in time to do some good? What changes do we need to make to fix that? And why did we not work with the Chinese and South Koreans to share data? We had weeks and weeks of lead time, to get organized, that we squandered. I want to know why that responsibility wasn’t better handled.

Health officials have been attacked online for their statements about COVID-19. Do you think the Russians could be behind some of it, creating fake social media accounts to disseminate disinformation?
We are absolutely concerned about malign foreign influence on social media. We’ve seen it as an issue for the last four years, at least. I haven’t seen any evidence that they are trying to spread COVID disinformation or to divide us, but it wouldn’t surprise me. It would be completely in line with the Russian playbook.

Where are you these days?
I’m in Cold Spring. My kids haven’t left our property, except to go for a walk, for the last two weeks, since school got out. We are playing by the rules, the Centers for Disease Control guidelines [on staying home and practicing social distancing outdoors]. We’re taking this very seriously. We’re doing fine. I have to give my kids credit. They’re still doing their homework. They have a positive attitude. They’ve been helping out around the house. We’ve been getting a lot of projects done. And I’ve been able to focus as I need to.

What else would you say to the public?
It’s not going to be over in a couple of weeks. All of us, doing a little, will ultimately mean more than a few people doing a lot. The only silver lining is that we do have to support one another and work together because we are all affected. We have an opportunity to rediscover the power in our common humanity and common vulnerability and recommit ourselves to building a better community where we are more supportive of one another and more committed to the things that really matter in this life. Hopefully, that small bit of good can come out of this whole terrible thing.