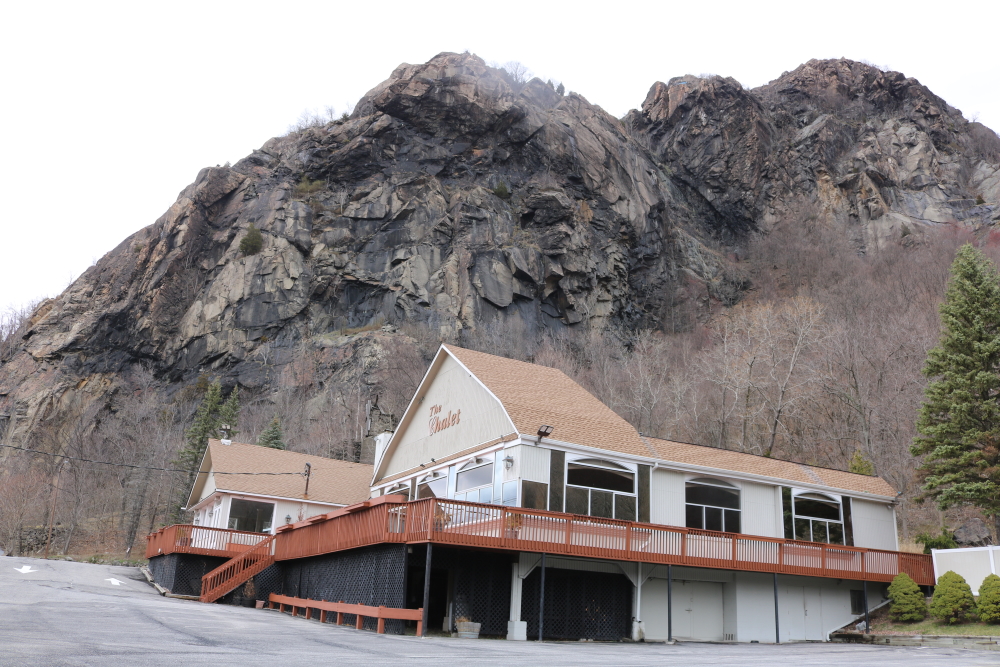 The Chalet on the Hudson was sold to the Open Space Institute for $1.875 million. (Photo by Michael Turton)

The catering chalet just south of the Breakneck Ridge Tunnel on Route 9D in Philipstown has a new owner.

On March 18, the nonprofit Open Space Institute purchased the property from Inncredible Caterers & Events for $1.875 million, according to Putnam County records. The site was formerly the home of the Breakneck Lodge, which opened in 1935 and operated through the 1990s.

Located just steps from the Breakneck trailhead and the Metro-North train stop, with an unobstructed view of Storm King Mountain across the Hudson River, the building at 3250 Route 9D had been operated for the past 20 years as a banquet hall by Inncredible, which called it The Chalet on the Hudson.

But the building often was closed, getting more use as an unauthorized parking for hikers and a speed trap for state troopers. The parking lot was barricaded off after the sale. 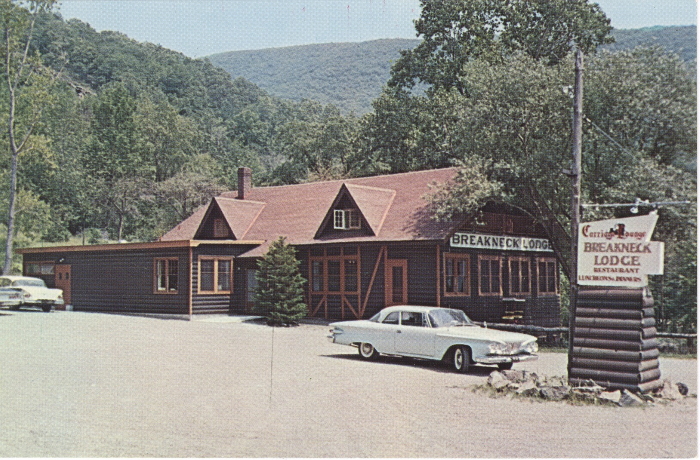 Breakneck Lodge, seen here at mid-century, operated on the site from 1935 through the 1990s.

Eileen Larabee of the Open Space Institute said that the property had been on its wish list for some time. “We’re active in the landscape,” she said. “We’re aware of properties that are near parks that we care about.”

She declined to comment on the institute’s plans for the parcel, including whether it would keep the building, saying only that the purchase “is consistent with our long-term commitment to conservation and access in the Hudson Highlands.”

Inncredible continues to own and operate the 1839 Restaurant and Bar across the river in Washingtonville, in Orange County. It also has managed other venues, such as the Bird & Bottle Inn in Garrison and the Bear Mountain Inn. The firm’s owner, Frank DeBari Sr., could not immediately be reached for comment.