Even before Claribel Ortega’s novel, Ghost Squad, written for students in middle school, was released on Wednesday (April 7), its film rights had been sold.

The Peekskill author’s debut is the May selection for the Middle Reader Book Club at Split Rock Books in Cold Spring. Anyone who orders the book at splitrockbks.com will receive a signed, personalized copy.

Set in St. Augustine, Florida, just before Halloween, Ghost Squad follows Lucely and her best friend Syd as they cast a spell that accidentally awakens spirits who cause a lot of trouble. As it happens, Syd’s grandmother, Babette, is a witch. She and her cat, Chunk, work to reverse the curse and save the town. 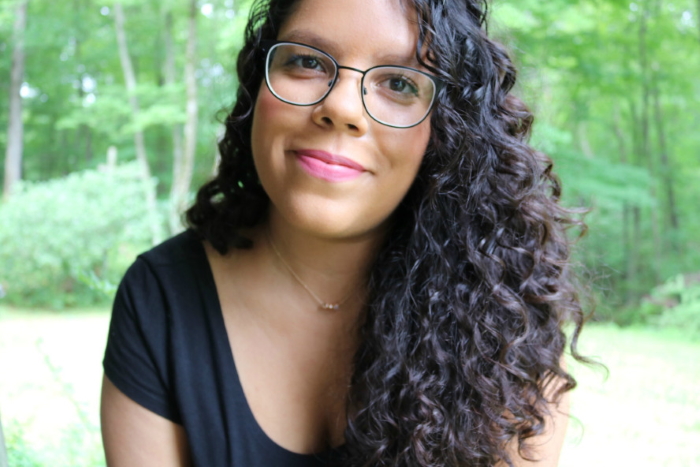 Ortega, who was a big reader from an early age (a favorite was Sandra Cisneros’s The House on Mango Street), grew up writing poetry, song lyrics and stories which she put together in homemade books. Later, after being rejected by several creative writing programs, she enrolled at SUNY Purchase and became a reporter.

Ortega says she didn’t seriously consider creative writing until after the death of her older brother from cancer. During his illness, she moved to Florida to help her parents with his care. After he died, and she returned home, she began commuting to a job in New York City, scribbling in a notebook to fill the time. 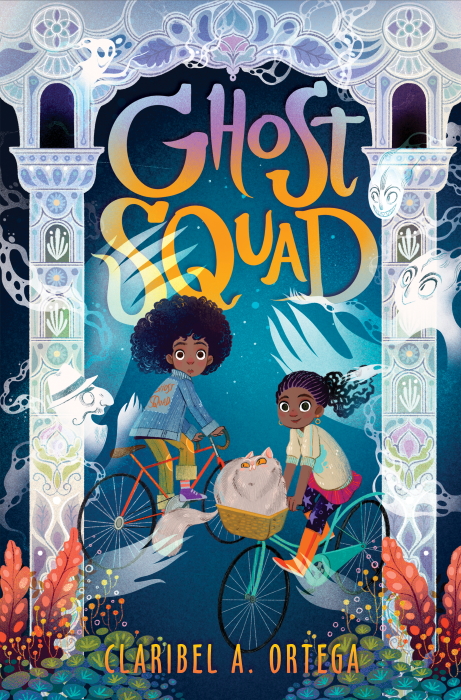 “It was a quick transition from losing someone in my life to having a high-stress job,” she says. “I got a big idea for a story, while I was on the subway, of a rebellious, lost witch. I envisioned her as a manifestation of all the things I was feeling. My brother had always encouraged me to write, so this was a method of honoring his memory, plus dealing with my own.”

Eighteen months later, she found an agent. That draft is still on the back burner, but it helped her to begin writing for the middle grades.

“My voice really lends itself to that,” she says. “There’s something charming and intoxicating about the possibility and magic of kids that age. While some middle grade books deal with heavier topics, for me the crux is finding your place in the world, plus adventure.”

Ghost Squad is based on Dominican folklore — “particularly the belief that fireflies are the ghosts of those watching us, protecting us,” she says. “That spoke to me, because my whole writing career has been inspired by the ghost of a loved one, and my brother and I used to catch fireflies together. In Ghost Squad, Lucely lives in a haunted house; fireflies live in Mason jars attached to a tree.”

Ortega’s family moved from the Dominican Republic to the U.S. in 1984, a year before her birth. They lived in the Bronx until she was 14, then relocated to Yorktown.

“The neighborhood where we lived was getting more and more dangerous, with drug violence,” she says. “It was getting harder to go about our daily lives without encountering horrible things. While I obviously understood the need to relocate, it was a culture shock. The way kids related to each other was very different. There were different social cues. It was a huge transition.”

Ortega says she is experiencing the strange pandemic lull of a book launch devoid of the usual engagement with readers through signings and readings. 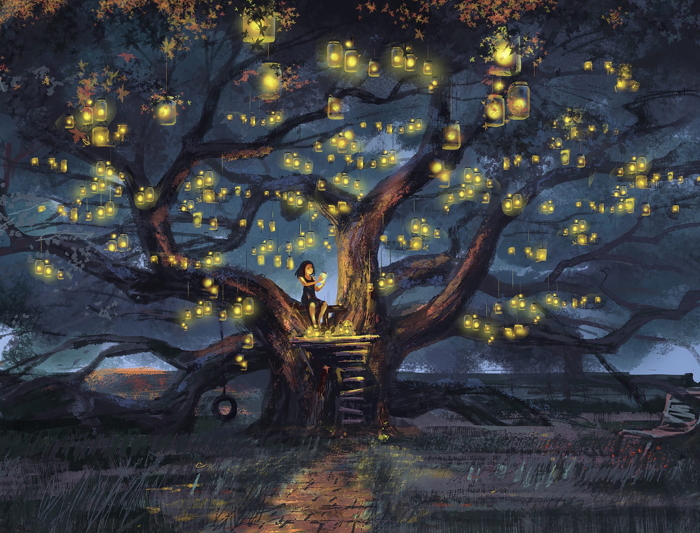 “I had a whole calendar full of launch events canceled,” she says. “I’m still working with indie bookstores to do what we can in a virtual launch, but of course people won’t be able to get to the shelves. But people are home and audiobook sales are up. There are a lot of things to be hopeful for.”

Surely that includes the film, which is being written and directed by Brenda Chapman, who directed The Prince of Egypt for DreamWorks Animation, Brave for Disney/Pixar and Come Away, with Angelina Jolie.

Ortega, meanwhile, is juggling projects, including a graphic novel called Frizzy, for which she’s providing the text, and a middle grade and a young adult series. She also hosts a podcast called Write or Die and owns GIFGRRL, a graphic design business. “I love going to the Peekskill coffeehouse, sitting there and writing,” she says.