While sports, and just about everything else, take a back seat to health during the COVID-19 crisis, area high school athletes — specifically the seniors — had high hopes for, and had long anticipated, the spring of 2020.

This week, The Current spoke with seniors from the Beacon High School girls’ lacrosse team, along with Coach Brian Lange.

“We’re still very hopeful that we will have some sort of season, whatever that may look like,” Lange said. “We understand that in the larger scope of things, it’s only a season, but it was their season. And the feelings of that being taken from them are valid. Many of these girls are multi-sport athletes, but this was their last season of their final year. Teams become families. I hope they get the chance to put it all on the field.”

This is the second in a series of articles in which The Current will profile senior athletes at Haldane and Beacon high schools who are likely to miss their spring seasons. Last week we profiled the schools’ baseball players.

Lange said there were — and are — many hopes for the spring season, from individuals who have worked for years to reach this point, to the addition of a junior varsity team.

“This is the first season in program history that we would have had varsity, JV and modified teams,” the coach said. “These girls have worked hard and fought against the odds for years. Many of them spent their first years of high school lacrosse as practice players, or small role players. They put in the time and effort over the last four years. They worked hard in the offseason, and there was a feeling in the air that this was our year.

“We had no seniors last season. We were a young team. This year, we have nine seniors, and most of them have been on the team since they were freshmen. They deserve this opportunity to show the section all of their hard work.”

While Lange and his senior players still hold out hope that part of the season will be played, optimism is fading. Section 1 and state officials said they will reassess the shutdown at the end of April.

Tessa Nilsen, a midfielder who last season was named to the All-Section team, said she had been looking forward to her senior season “since the day of my first practice on the team as a freshman. I started playing lacrosse in seventh grade and I immediately fell in love with the sport. 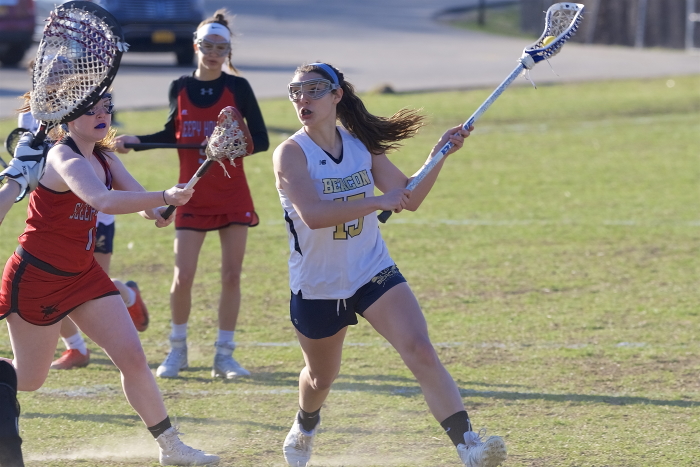 “I didn’t want to believe that I played my last high school varsity lacrosse game last year without even knowing it,” Nilsen said. “I can only describe the feeling as pure heartbreak.”

Olivia Lynch also began playing the sport in the seventh grade and said she had looked forward to this season “since we held Senior Night my freshman year. I would love to be practicing and playing. Winning some games would be nice, too, but as of right now, playing with my teammates is all I could ask for.”

Grace Affeldt, a midfielder, said she was “completely devastated because my school and sports teams mean absolutely everything to me. Thinking about the possibility that I can’t experience them for the last time ever makes me tear up every time.” 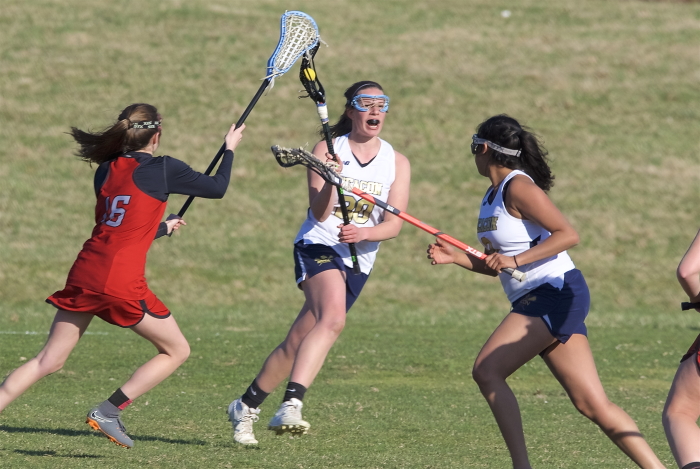 Skyler Kurtz, the team’s goalie, who hopes to play lacrosse next year for Manhattanville College, said she was especially disappointed because, “after years of being a ‘young’ team, it was supposed to be our time to dominate” with nine seniors.

Lila Young, a defender, said it is hard to accept what might not be after she watched older teammates in past years “have their Senior Night, prom, graduation and class trips.

“It saddens me to think I was not going to be able to participate in any of it,” she said.

“The hardest part is not being able to be with my ‘lax’ family,” said midfielder Nayelie Vasquez. “We’re this giant, goofy puzzle of a family, and we miss playing as the team we are.”

Attacker Victoria Albra agreed: “The hardest part of this situation is realizing that I might never have the chance to play lacrosse again,” she said. “It was all taken away very quickly.” 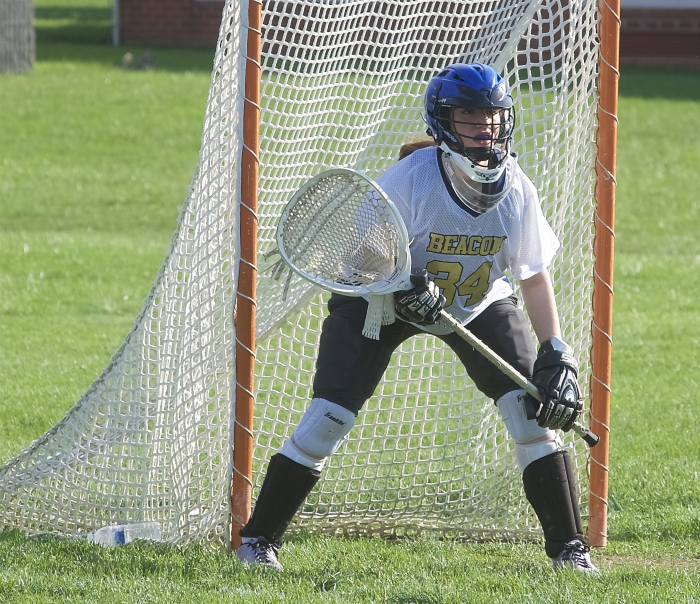 Goalie Skyler Kurtz: “It was supposed to be our time.” (File photo by S. Pearlman)

Like many people during this stay-at-home time, the seniors said they have learned to appreciate things they previously took for granted.

“Lacrosse has taught me that dedication can get you very far,” said midfielder Siara Hernandez. “When I first started playing, I didn’t know how to throw or catch. I was shy. Throughout my years of playing, my sticks skills grew, my confidence grew. It gave me a sense of responsibility.”

“I’m starting to realize how much I was taking for granted,” added attacker Samantha McDowell. “I miss the practices with friends, the bus rides, us laughing together. And the hardest part is we can’t do anything about it, and it’s our last season. This is it for us.”

Kurtz added that she’s learned that “not everything is guaranteed. Things happen, so it’s how you react and adapt that matters. Ever since I was a kid, ‘Always look on the bright side of life’ has been a motto of mine. A major part of my senior year has been stripped away, but it’s for the greater good. We’re all living through a huge part of history right now, and our lives will resume.”