Unemployed struggle to file for benefits

Sharon Cutler is unemployed, but went to work each day.

Hundreds of times since March 23 the Garrison resident dialed a state Department of Labor number in hopes of speaking with someone to complete her application for unemployment benefits.

Hundreds of times, she had to call back.

Waiting is the only option for Cutler and many of the record 17 million Americans who have filed unemployment claims in recent weeks as businesses were ordered to close due to the COVID-19 pandemic.

In New York, Gov. Andrew Cuomo on March 22 ordered “non-essential” businesses, including retail stores, to close, and on April 6 renewed the order until at least April 29. As a result, many businesses began dismissing employees, at least temporarily. 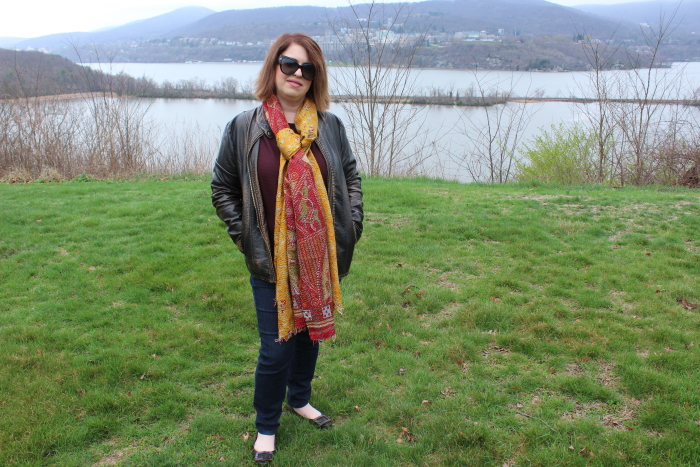 Sharon Cutler of Garrison says she did not have a pleasant experience attempting to file for unemployment after losing her job because of the coronavirus shutdown. (Photo by L. Sparks)

In the seven-county Hudson Valley region, which includes Dutchess and Putnam, 73,764 people have filed for benefits over the previous four weeks, compared to 4,679 during the same period last year.

Faced with sudden and widespread layoffs, on March 27, President Trump enacted a $2 trillion stimulus bill that includes $600 in additional weekly payments to people receiving unemployment; an extension of the period a person can be covered by 13 weeks, to 39 weeks; and a benefits program for those who would not typically qualify, such as freelancers.

On Wednesday (April 8) Cuomo ordered the state Department of Labor to make the extra payment available immediately using state money, rather than waiting for the federal government to disburse funding.

But New York’s unemployed have been stymied by computer and telephone systems overwhelmed by claimants.

Call volume was up 16,000 percent and website traffic up nearly 900 percent in recent weeks, according to the Department of Labor, which is racing to hire representatives and expand its capacity.

Cutler and Stacey Gibson, who also lives in Garrison, are among the people who have initiated their claims either online or through an automated phone call and were instructed to call the Department of Labor’s claims center to speak with a representative in order to complete the application. 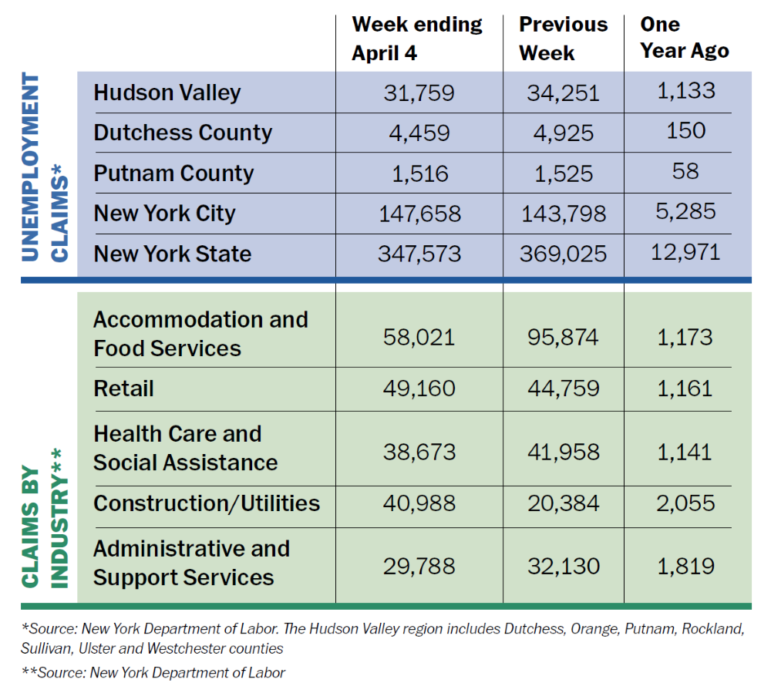 Gibson, who was furloughed for at least two months from a retail job, started her claim on April 1 and finally reached a representative on Tuesday (April 7). Before that, she called “at least 100 times” each day, starting five minutes before the claims center opened at 8 a.m.

“Just bypass Step 2 of this process [getting someone at the agency on the phone], even temporarily, to get people through the system,” said Gibson, who said she was not in immediate financial difficulty. “People need their checks.”

The state said the four industries with the highest number of claims are: accommodation and food services; retail; health care and social assistance; and administrative and support services. Still, workers from every industry are filing claims at a significantly higher rate, according to the agency.

Cutler was the surgical coordinator for an ophthalmology practice where she worked for 23 years. The practice began canceling dozens of surgeries in response to the pandemic and then received notice that they could only see emergency patients as Cuomo ordered businesses to close.

Cutler’s last day at work was Friday, March 20. She began her unemployment claim the following Monday.

“It’s either busy or you get through to the menu and you enter your Social Security number and your PIN and it says, ‘We have an extremely high volume of calls; please call back’ and disconnects you,” said Cutler, who expects to return to the same job.

“Out of desperation,” she began calling local elected officials, including state Sen. Sue Serino, whose district includes the Highlands. On Friday (April 10), she received on Friday (April 10) an automated message from the Department of Labor alerting her that a representative would be calling Saturday.

The call came just before noon, with the representative specifically mentioning that “Sen. Sue Serino’s office had reached out to us,” said Cutler. It took 10 minutes to complete the application, and now comes the wait for the first check.

Cuomo on March 12 temporarily suspended a requirement that the newly unemployed wait seven days before applying for benefits. On March 26, the Department of Labor reported that it had received more than 1.7 million calls and 2.2 million website visits between March 16 and 21.

To meet the sudden demand, the agency expanded the hours for its claims center, and operates on Saturdays and Sundays. It also designated specific days, based on the first letter of the last name, for people to file (see top right).

On Thursday (April 9), the Department of Labor announced a “tech surge,” in partnership with Google Cloud, Deloitte and Verizon, that will result in a new online application system and a new “call back” system that will eliminate the need for people to reach a representative to complete their application.

The state Department of Labor has established designated filing days depending on the first initial of your last name.

If you miss your designated day, file Thursday to Saturday. Claims will be backdated to the date you became unemployed.

Applications can be filed at dol.ny.gov. For instructions, see bit.ly/UI-instructions.

■ 39 weeks of benefits instead of the standard 26.
■ An extra $600 a week through July 31.
■ The self-employed, freelancers, independent contractors and people with a short work history, who typically would not qualify, could be eligible for benefits if they are out of work for coronavirus-related reasons.
■ Anyone who exhausted his or her 26 weeks of benefits after July 1, 2019, is eligible for the additional 13 weeks, plus the extra $600.
■ For more information, see labor.ny.gov.

Filers who need to supply additional information will instead be called within 72 hours by a state representative, the agency said.

Deloitte is opening an additional call center that will be staffed with hundreds of representatives. The state says it has 1,000 people answering phones and processing claims, with plans to add over 1,200 more.

It has also expanded from four to more than 60 computer servers and is adding telephone capacity, with Verizon increasing the number of phone ports to 10,000 from 1,750.

On Tuesday (April 7), Gibson started calling again at 7:55 a.m. She got through, was placed on hold for 30 minutes and then spoke with a representative, who wanted to verify her Social Security number and address and get a phone number for her employer.

“I was glad — if it indicated that New York State had fixed the problem,” she said. “I was just concerned for the hundreds of thousands of people out there who are depending on these checks.”