The New York State Police continue to investigate the killing in 1971 of gas station attendant in Wappinger.

At about midnight on Wednesday, Nov. 17, 1971, troopers responded to Eddie’s Service Station at the intersection of Route 9 and Old Hopewell Road (Route 28) in Wappinger. There they found Leonard Monette, 54, of Wingdale, dead in a dark storeroom. 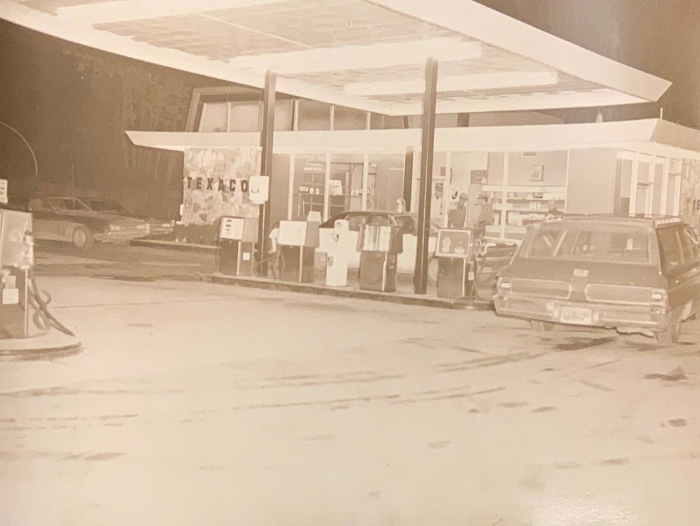 The Texaco station as it appeared in 1971.

Monette, the night attendant at the Texaco station, suffered from head injuries and had been stabbed in the back. Police believe he was killed during a robbery.

Anyone with information regarding Monette’s death is asked to contact the state police by calling 845-677-7300. REference SJS #3018564. All calls may be kept confidential.