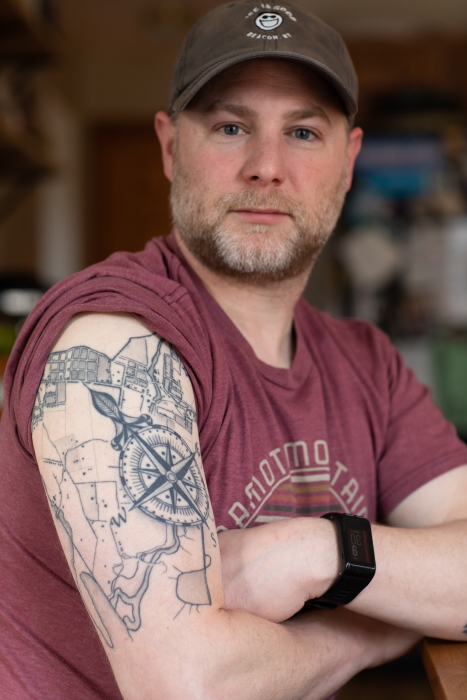 In 2017, Tom Cerchiara decided to get a tattoo.

It wouldn’t be his first. He had gotten a tribal design on his back when he was 19 (later covered up with an eagle) and two more in his late 30s on his arm representing electronic music, which he says was important to him.

But this piece of art would be more of a commitment for Cerchiara, who owns TEC Land Surveying in Beacon. He wanted a reproduction of an 1867 map of Fishkill Landing and Matteawan, which in 1913 combined to form Beacon.

“In our profession we use old maps for historical research and context,” he explains. “We have surveyed most of the Fishkill Creek for developers and the 1867 map was a good starting point to understand who owned properties, how the roads were laid out — for instance, Tioronda Avenue was moved in the 1860s to make way for the railroad tracks — and how the buildings and lots were laid out. 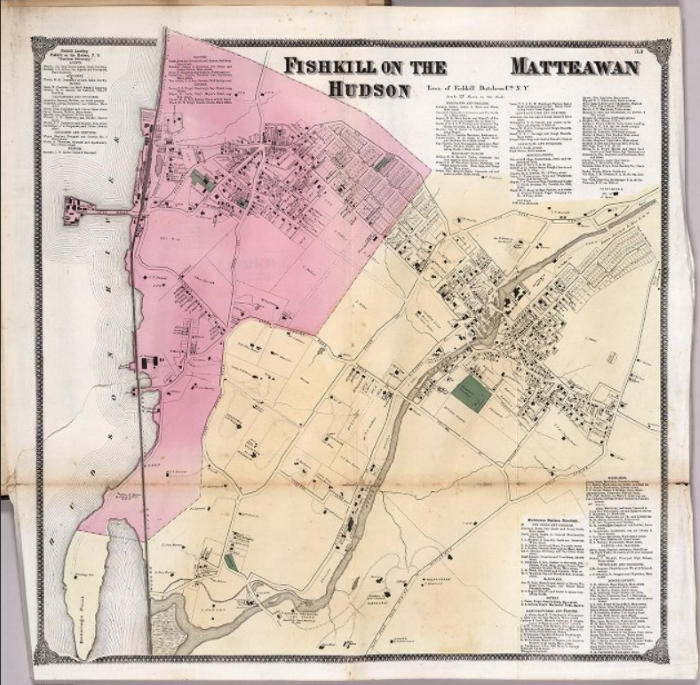 “I also live in Beacon, so it seemed appropriate,” Cerchiara says.

Over three sessions of about two hours each, Evan McGuigan of Graceland Tattoo in Wappingers Falls recreated the map on Cerchiara’s right arm. “I want to add a few more things — mountain shading, trails — but just haven’t gotten back to it,” Cerchiara said.

We wondered if anyone else had Hudson Valley ink. After surveying local tattoo artists, here are a few we found.

One thought on “Beacon Ink”