Susan Grey Crofoot, 97, a journalist who turned a 19th-century townhouse on Main Street in Cold Spring into an antiques shop and bed-and-breakfast, died April 7 in Westwood, New Jersey, of complications of COVID-19.

Susan was born Dec. 7, 1922, in Utica, the daughter of George and Jessie (Grey) Hopp. She graduated from Iowa State College with a bachelor’s degree in food and nutrition and journalism.

During World War II, she and her father worked at the Union Fork & Hoe in Rome, New York, producing parts for the war. After the war she worked at the American Honey Institute in Madison, Wisconsin.

She married George Crofoot in 1946 and, after multiple career-driven moves, moved to Nanuet in 1955, where she was an organizer and officer in the Nanuet Women’s Club.

Susan was the first paid employee of The Rockland Review, where she wrote columns such as “Cooking with Sue” and “Viewpoint Through a Jaundiced Eye.” She also took joy in writing ditties for friends and family members under her pen name, Penelope Penwiper.

In 1984, after her husband died, she bought a townhouse at 11 Main St. in Cold Spring. After extensive renovations she opened the Front Parlour, a Victorian antiques-and-collectibles shop. In 1992 she transformed it into a bed-and-breakfast.

During the 30 years she lived in Cold Spring, Susan volunteered with the Putnam County Historical Society (now the Putnam History Museum) and from 1998 to 2012 was a docent on Constitution Island. She received many achievement awards from West Point.

She was a member of the Red Hats of Cold Spring and was known to gather friends and drive to restaurants near and far. She was an avid reader of suspense novels, as well as a huge football fan, always rooting for the underdog.

Susan is survived by her children: Gerald Crofoot (Tanja) and their children, Kye, Genevieve, Hannah and Kristi, and her great-granddaughter, Josephine; Donn Crofoot (Diana) and their sons Will and Eli; Alan Crofoot and his children, Reed and Jennifer; Bruce Crofoot (Loriann) and their children, Ashley, George and Shannon; Janice Kehr (George); Allison Crofoot (Ed) and her daughter Jessica; and a sister, Barbara Kesauer.

Memorial donations may be made to the Desmond-Fish Public Library (desmondfishlibrary.org); the Memorial Sloan Kettering Cancer Center (mskcc.org); or a charity of your choice. 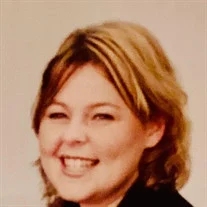 Kerri was born Aug. 4, 1971, in Yonkers to Paul and Eileen (Kilduff) Kennedy. She graduated from Franciscan High School in 1989 and from Mercy College in 1993.

Besides her mother, Kerri is survived by her husband, Richard Tompkins; her stepchildren, Mackenzie Tompkins and Adrian Tompkins; a brother, Paul Kennedy Jr.; a sister, Colleen Kennedy; and a nephew, Colin Kennedy.

A memorial Mass will be held at a later date.