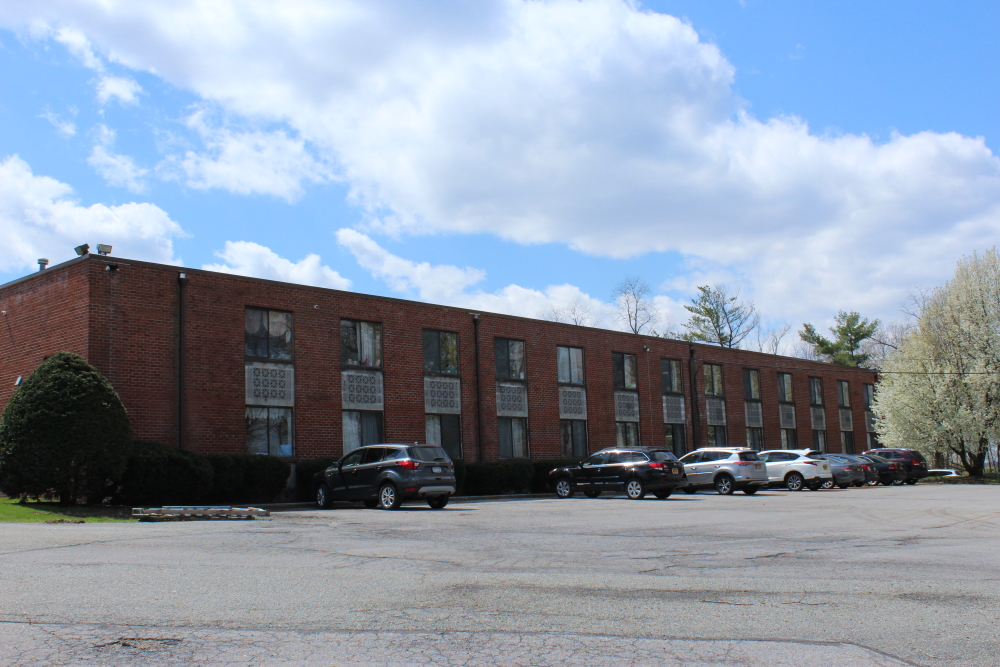 The Fishkill Center for Rehabilitation and Nursing in Beacon (Photo by L. Sparks)

Coronavirus deaths among vulnerable residents at hundreds of nursing homes continue to rise in New York despite a month-old state order banning visits and requiring employees to wear surgical masks, and as the homes meet a state mandate to admit people discharged from hospitals after being treated for the virus.

As of Wednesday (April 15), the state reported that 2,477 residents at nursing homes had died from complications of COVID-19, which is particularly deadly for older people with weakened immune systems and underlying conditions.

On March 25, the state told nursing homes that, to free up beds in hospitals,  they must admit people discharged after being treated for coronavirus and readmit residents who had been hospitalized as long as doctors determined they were “medically stable.”

A representative at Fishkill Rehabilitation said on April 5 that it was isolating several “hospital-admitted COVID-positive residents,” none of whom had been infected at the facility. It said two staff members who tested positive were confirmed to also have been infected outside the facility.

Stephen Hanse, president and CEO of the New York State Health Facilities Association, which represents more than 450 nursing and assisted-living facilities,  said he received a “multitude of calls” from nursing home operators in response to the notice, which raised fears about admitting infected people.

“It raised significant concerns among nursing homes because they recognize that their population — the men and women who are residents in nursing homes — are the least able to defend themselves against this virus,” he said. “We’re dealing with a highly contagious, invisible virus that knows no boundaries.”

On April 17, Jonathan Jacobson, whose district in the state Assembly includes Beacon, called on the Department of Health to reverse its March 25 directive requiring nursing homes to accept patients with a confirmed or suspected diagnosis.

“Nursing homes are simply not equipped to act as hospitals and should not be used as depositories for infected individuals,” he wrote in a letter to the agency. “Instead, they should rehabilitate in a facility specifically designated for recovering COVID-19 patients and separate from any nursing homes or anywhere large populations of elderly residents are housed.”

The state lists 13 licensed nursing homes in Dutchess County, including Fishkill Rehabilitation and Nursing Center in Beacon and Wingate at Beacon. There are two in Putnam: Putnam Ridge in Brewster and Putnam Nursing and Rehabilitation, which is located in Putnam on the border with Dutchess. 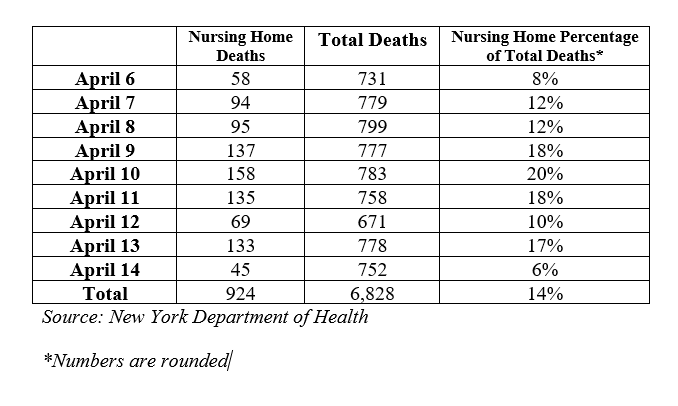 Fishkill Rehabilitation is not the only local nursing home with cases. The Lutheran Care Center at Concord Village in Poughkeepsie notified residents and families on April 9 that it had “isolated cases of COVID-19 in a section of a designated unit with designated staff.”

“They’re designated in one area with dedicated staff,” she said.

Nursing homes cannot be “hermetically sealed,” and one infected staff member can trigger an outbreak like “fire through dry grass,” Gov. Andrew Cuomo said during his daily briefing on Tuesday (April 14).

“You cannot stop it,” he said. “That population is so vulnerable, it just takes one staff member, who didn’t have a temperature but did have the virus, to walk in and now you’re going to have a serious problem.”

Of the state’s 11,586 deaths through Wednesday, 65 percent involved people over 70 years old, the state said. Nearly two-thirds of the people in that group had high blood pressure, the most common underlying condition in coronavirus fatalities, and more than a third had diabetes, the second-most common condition.

New York’s 613 nursing homes care for 95,000 patients, according to the state Department of Health, and as of Wednesday there were 5,894 cases at 346 facilities.

On March 13, Cuomo announced that nursing home visits would be limited to those deemed “medically necessary,” and that facility owners would have to set up ways for families to communicate with residents, including via videoconferencing.

New York also required that employees have their temperature checked when arriving for work and wear surgical masks while on duty. A fever is one of the symptoms of COVID-19.

Infections among employees have exacerbated staffing shortages that pre-dated the outbreak, and facilities have faced challenges getting the necessary protective equipment, Hanse said.

Dutchess County’s Department of Emergency Response has been coordinating the sourcing and delivery of supplies for nursing homes, including surgical masks, N95 respirators, isolation suits and gowns and hand sanitizer, said Colleen Pillus, a county representative.

Cuomo said on Wednesday that he will be issuing another order requiring nursing homes to report positive cases and deaths to the families of other residents within 24 hours. The Department of Health had recommended the measure, but his order will make it mandatory.

Fishkill Rehabilitation issued a notification to families on April 5, posting a message on its website about its cases among residents and staff. Putnam Ridge also notifies families about positive cases, Levine said.

“We share that with the individual family members and then, of course, anyone that has a loved one here,” she said.

New York is also being asked to be more transparent.

Monday was the first day the state began publicizing county-level data on deaths at nursing homes and adult care facilities, and on Wednesday it began to release the number of deaths at individual facilities, but only if there have been more than five.

Cuomo said the state has to weigh the need to release data with the need to protect the privacy of nursing-home residents.