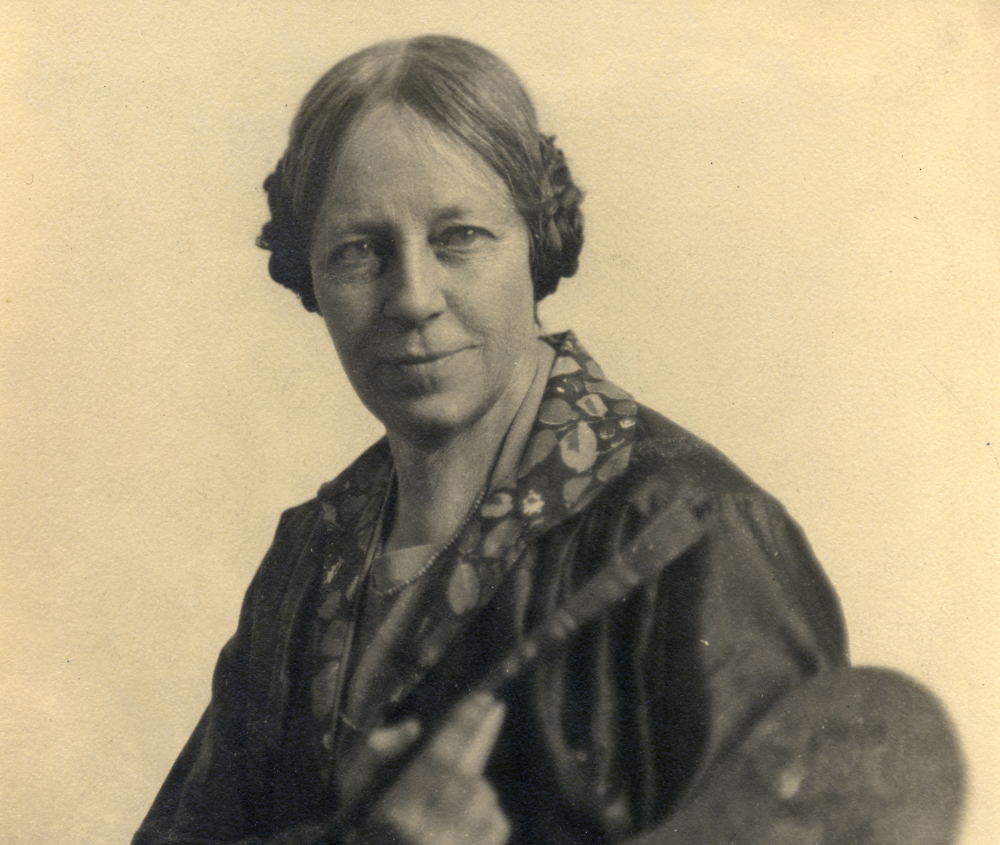 Alice Judson would be surprised to find that her hometown of Beacon has turned into such an art mecca.

Yet, she pioneered it.

The most prominent artist in Beacon’s history, Judson was born in 1867 in what was then known as Matteawan. After graduating from Matteawan High School (her sister, Jane, taught drawing and painting at the Sargent School), Judson attended the Albany State Teachers College, then headed to New York City.

There she studied at The Art Students League of New York under John Henry Twachtman, who fused techniques of the Impressionists with Tonalism, in which dark, neutral hues dominated compositions.

Judson next returned to the capital district to teach oil portraiture and drawing from cast at the Emma Willard Art School in Troy, according to a biography compiled by Diane Lapis, the president of the Beacon Historical Society, from which many of the biographical details in this story were taken. 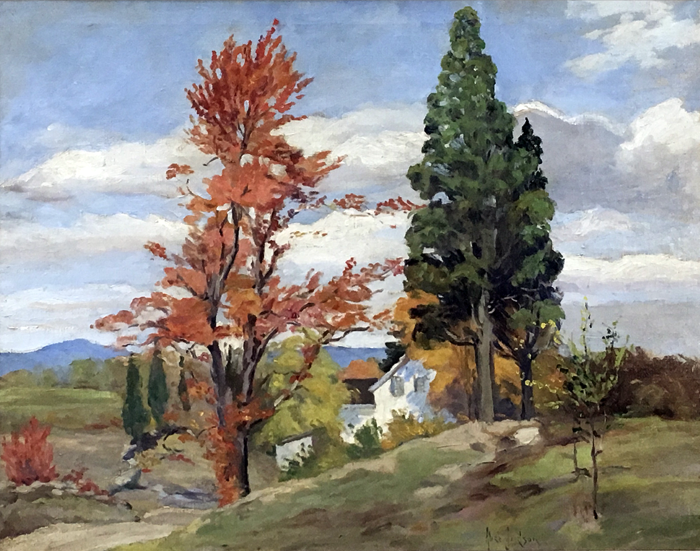 Judson’s Hudson River roots provided her with a grounding in landscape painting to which she frequently returned; she called the river her greatest inspiration. Her body of work contains many familiar Highlands scenes: Haystacks at Glenham, Lengthening Shadows at Cold Spring, and depictions of dirt roads still traveled today in Pawling and Hopewell. Several of Judson’s canvases were used by Town and Country and other magazines as cover illustrations.

She established her Forge Studio on 17 Tioronda Ave. over a blacksmith shop, near the present-day Howland Cultural Center. An undated local newspaper clipping in the Historical Society collection invited those who were “tired of modernistic art and long to see a boat which is a boat and a plowed field which looks as if it would muddy your shoes” to pay her a visit.

The writer went on to call Judson’s work “a revelation to Beaconites who little imagined that this quiet, unpretentious person is really such a genius.” 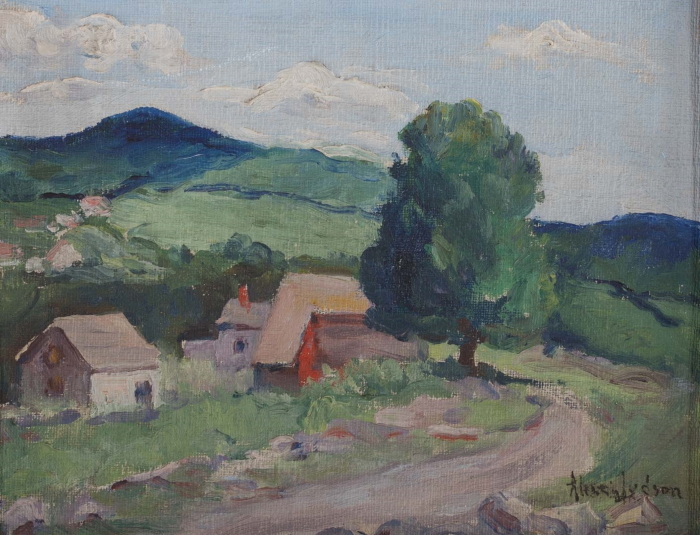 Alice was the youngest of three daughters born to Roswell and Harriet Judson ,who lived at 9 Leonard St. He was an engineer and ice dealer, and ran a livery stable; his machine shop was located near where the Roundhouse is today. He also served as “president” of Matteawan for a while. (Judson Street in Beacon is named for him.)

Over a span of decades, Alice Judson enjoyed solo shows and participated in exhibitions at galleries, historical societies, museums, municipal associations and cultural centers across the country. She was best known for her Dutchess County landscapes and her seascapes of Gloucester, Massachusetts, reaching the height of her fame in the 1920s and 1930s.

Positive reviews were a staple. In 1921, the art critic at the Philadelphia Inquirer wrote that her pastels and watercolors were “so light in texture, and so unpretending in themes, that the garrulous tongue is in check and the ready metaphor baffled. She’s anything but impulsive, and is as considered and deft as a butterfly wing and as airy as thistledown.”

Still, it was common throughout Judson’s working life for female artists to be denied professional reckonings. A New York World Telegram article in 1933 noted that six women painters, including Judson, had united as the Gotham Painters “to prove they are artists, not female daubers.” In a statement, the women said they wanted “the world to know that we banded together as a group of artists, not a group of women artists; it’s purely accidental that there isn’t a man in the number.” 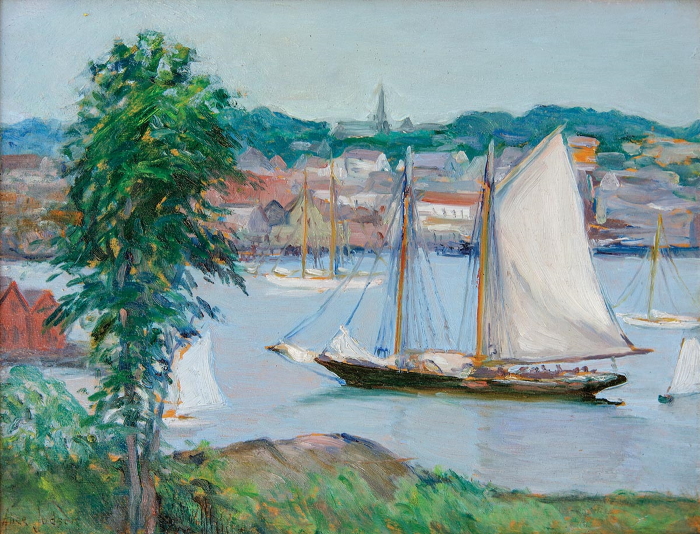 A year later, the New York Post praised Judson’s marine paintings, calling her “the most striking illustration of an artist who has trained herself in the study of a field usually associated with painters of the other sex. Considering that most women have no more than a casual interest in ships, Miss Judson’s achievement is something approaching a miracle.” Judson attributed her “marine preoccupation” to the fact that “one of my ancestors was a pirate.”

While Judson maintained a studio apartment at Manhattan from 1927 through 1947, she had a summer home in Beacon and opened a gallery at what is now the offices of Miller’s Minutemen Construction. She curated a show there with a dozen artists, including the president of the National Academy and a curator from the Brooklyn Museum.

In 2014, while cleaning out her family’s Poughkeepsie home after five generations, Linda Hubbard discovered a large collection of Alice Judson’s paintings, many of them rolled up canvases in a box, others in piles. Hubbard’s mother, Edith, had been a longtime friend of Judson.

The works were restored by Paul Gould of Cornwall-on-Hudson and became the focus of a 2013 exhibit at RiverWinds Gallery (where Linda Hubbard was then a co-owner); it paired Judson’s paintings with prints restored by Joe Diebboll of the Highland Studio in Philipstown.

In 2000, the Beacon Historical Society received a letter from a former resident, Jean Heichelbech Seamen. Her family had moved to Beacon in 1944 and rented the 9 Leonard St. house from Judson, who had attended the School of Applied Design in New York City with Seamen’s aunt. The family agreed to clean out the house for the artist and move the contents to her studio. 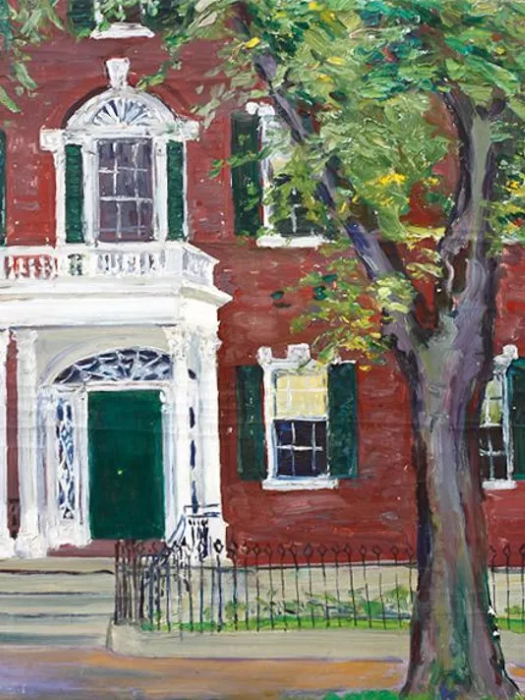 “The house had little furniture in it, though there was an oak dining table, covered with empty food tins, and a fine rocking chair, which she sold us,” Seamen recalled. “The rest of the stuff to be moved to the studio consisted of a great deal of useless-looking junk, such as old candy boxes, cheap baskets and lots of odd rolls of wallpaper.

“After Alice was moved we worked long and hard to clean up the place to make it livable and we girls always wondered what treasure still lay upstairs, in those forbidden attic rooms — Alice must have been satisfied because she gave Mama two oil paintings.” (The paintings were later donated to the Historical Society.)

In 1947 Judson lost her lease and was forced to move out of her Manhattan studio. Unable to find other quarters, she put many of her works up for sale. She died on April 3, 1948, and was buried in St. Luke’s Cemetery in Beacon, outside the church where she sang as a child.

One thought on “The Artist Next Door: Alice Judson”