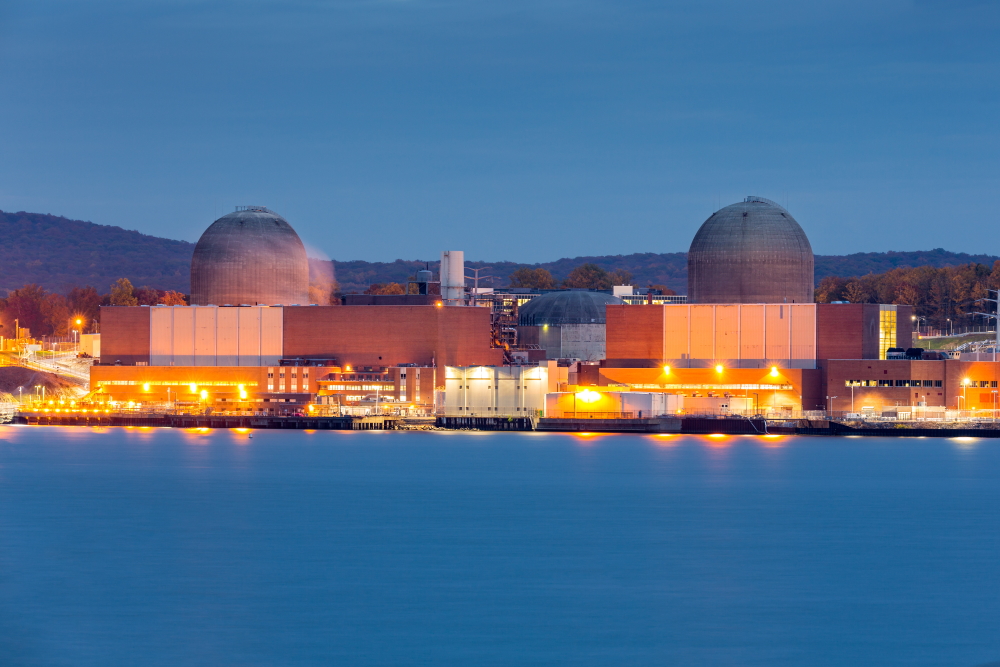 First of two reactors will go offline next week

After decades of production and protests, the Indian Point nuclear power plant will begin to shut down next week with the closure of one of its two remaining reactors.

The scheduled closure was announced three years ago by Gov. Andrew Cuomo and Entergy, which owns and operates the plant on the Hudson River near Peekskill.

The question of who will be decommissioning Indian Point to secure its radioactive material is unresolved. Entergy wants to transfer its license to operate the plant to a firm called Holtec International but has met opposition.

Under guidelines established by the federal Nuclear Regulatory Commission (NRC), a nuclear plant that closes must be decommissioned within 60 years. Many plants do this through a procedure called SAFSTOR, in which the facility is mothballed for 50 years to allow the radioactive material to decay. Holtec wants to begin work immediately to have the plant free of nuclear material within 15 years.

Although Holtec’s finances and some of its business dealings have drawn criticism, the Ossining-based environmental group Riverkeeper said it would like to see a quicker decommissioning process, in part to provide immediate employment for plant workers.

“We want this to be a win for everybody, and we don’t want to see some communities left behind,” said Richard Webster, its legal program director. In the meantime, Riverkeeper has joined forces with other organizations to launch a Beyond Indian Point campaign for renewable energy. Webster said that since the shutdown was announced, a reactor’s worth of renewable energy has come onto the state grid.

Although some level of risk will remain as long as radioactive material is on the site, the risk of an accident will fall significantly when Indian Point is no longer operational, said Richard Chang, a representative for the NRC. “The highest classification of an emergency for a permanently shut-down nuclear power plant would be an ‘alert,’ which is the second-lowest of the four levels of emergency classification used by the NRC,” he said.

Chang said that although the plant will still have emergency procedures after 2021, “changes in reduction and scope will occur.”

What About the Pipeline?

Even with the Indian Point plant closing, there remain concerns about the Algonquin Incremental Market (AIM) pipeline. The 37.6-mile, 42-inch-wide natural gas pipeline, which came online in early 2017 and transports more than 3 billion cubic feet of natural gas every day, passes through the Indian Point site.

In February, the Nuclear Regulatory Commission was told to conduct a new safety review after the agency’s inspector general found that an initial study touting the pipeline’s safety used “backward engineering.” The new report, created with specialists from outside the agency and released on April 8, said that although the first report made “optimistic assumptions,” the pipeline is indeed safe.

The new report says that a rupture in the pipeline is unlikely because it “was installed using modern techniques, stringent quality standards and construction precautions.” Even if a break were to occur, the power plant would remain protected because its safety systems are far from the pipeline, the investigators concluded.

Given that both reactors will be offline in about a year, it said, the risk of a rupture affecting them is “very small,” the report said.

The report drew immediate condemnation from local lawmakers. “An independent risk assessment will provide a modicum of reassurance,” said Sandy Galef, whose state Assembly district includes Philipstown and Indian Point. “It is truly the least we can ask for.”

At Riverkeeper, Richard Webster said that while the risk of a rupture is low, the lack of an independent, peer-reviewed study is troubling. “This is an assurance from an agency that has repeatedly said in the past that something wasn’t a problem, and has then had to backtrack,” he said. “When they say the risk is not excessive, what does that mean? At the moment there’s no review and no clear standard.

“The bottom line is that the AIM Pipeline reduces safety. It’s bound to reduce safety, you can’t put a pressurized pipeline next to a nuclear plant and not reduce safety,” he said. “The question is, does it reduce safety to the point where it’s a problem?”