A file cutter named Hafferman who recently had moved from Matteawan to Newburgh disappeared after setting out from his business to collect bills, including one for $70 [about $1,400 today].

J.W. Masters of Matteawan was appointed to the faculty of Williams College in Vermont. 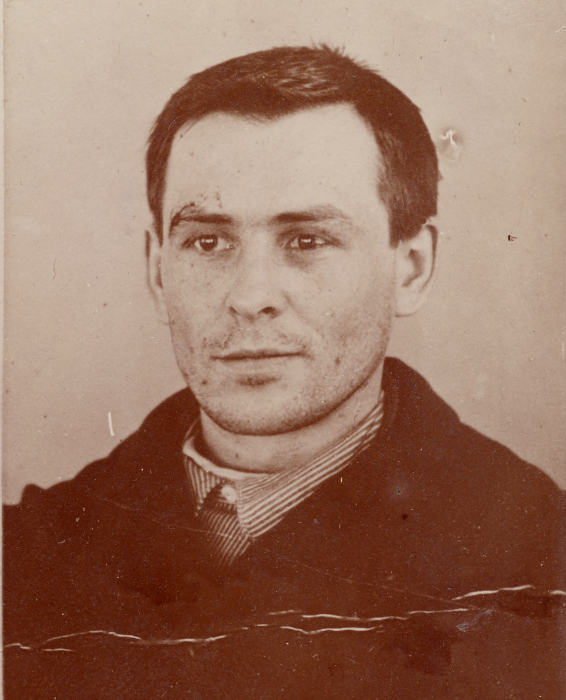 Oliver Curtis Perry, 29, who three years earlier had notoriously attempted to rob the American Express “money” car on the New York Central Railroad at gunpoint, escaped with four other inmates from the Matteawan State Asylum, where he was serving a 49-year sentence. The men fashioned skeleton keys from cafeteria spoons and overwhelmed a guard. Each was quickly captured, although Perry managed to travel the farthest, to New Jersey. “They call it an insane asylum,” Perry told reporters. “Well, I tell you that a quarter of the men in there are not insane and never were, although there’s no doubt that they will be.” [Following his extradition to New York, Perry was declared sane by a judge and sent to another prison, but there deliberately blinded himself and was returned to Matteawan. In 1901 he was moved to the Dannemora State Hospital for Insane Convicts, where he remained until his death in 1930 at age 64.]

A judge ruled that Fannie Korn, who had been sent to Matteawan after she shot and killed her young daughter in 1893, had regained her reason and could be released.

The Rev. Howard Kingdon, who had been working at the Carroll hat shop for four months to supplement his salary, quit after the Baptist church gave him a raise.

More than 400 businesses joined the Beacon Chamber of Commerce during a membership drive organized by Henry Hoag.

James Galvin was indicted for assault for alleging hitting a junk dealer named Aronchick over the head with a milk bottle.

The Convent of the Presentation Sisters of St. Michael’s Church, which was used only as a summer retreat, burned to the ground. Officials believed the blaze was started by sparks from a passing New York Central locomotive.

Police arrested George Poguse on suspicion of robbing a fellow worker, Joseph Vodock, of $1,000. Poguse came under suspicion after he quit his job, then was observed purchasing two guns and a Victrola record player and putting a deposit on a motorcycle. Police found $720 in his rented room.

Young Jack Dempsey, a 128-pound boxer from Newark, defeated Sapper Cohen, “Battling Sapacone,” of England in a 10-round fight at the Beacon Athletic Club. In another bout, the Peekskill heavyweight champ, Dan Rogers, knocked out Lew Belky of Newburgh to claim the title for the Beacon section of the river.

The physicians of Beacon and Fishkill decided to raise the price of office calls but maintain their standard rate for house calls.

The superintendent of schools visited Poughkeepsie to inspect its district dental clinic and open-air school with the thought of installing them in Beacon.

Hamilton Knapp petitioned the Beacon City Council to operate a bus line between Beacon and Nelsonville. He had applied a year before but the Fishkill Electric Railway Co. and the Palisi Brothers Taxi Co. both opposed the plan. Knapp was already operating a bus line under a war emergency act that allowed him to transport workers but wanted to take other passengers. Knapp’s attorney claimed that, because the village boards of Nelsonville and Cold Spring failed to act the previous year on his petition, they now had no say in the matter. Under his revised application, buses would leave Nelsonville five times a day between 6:15 a.m. and 7 p.m. and Beacon six times a day between 9:15 a.m. and 11:15 p.m.

Four Beacon residents died in the war: Pvt. Richard Sutton of North Avenue was killed in action in Europe; Sgt. Joseph Usifer and Sgt. George Perrault died on Iwo Jima; and Technical 5th Grade Michael Maskewicz, a member of a ship’s repair crew, drowned in Belgium. In addition, Pvt. Charles Hunt of Glenham, a father of four, was killed in Germany, while Staff Sgt. Luigi Bettina, one of five Bettina brothers in the service, and Radioman Second Class Earl Mead were reported missing in action in the Pacific.

Word arrived that Pvt. First Class James Babcock had been shot seven times in the legs during a battle in Italy.

Staff Sgt. Steve Sereda was awarded the Silver Star for destroying a 20-millimeter gun position during the Marianas Islands campaign in the Pacific.

The Hudson Valley Volunteer Firemen’s Association postponed its annual meeting to be held in Beacon because of wartime restrictions on travel.

Burglars stole 11 truck tires overnight from the basement of North Avenue Motors. They also removed three tires from cars they jacked up in the garage.

Henenda Rakhit, the secretary of the India League of America, spoke at Beacon High School on India’s contribution to the war. He gave his talk to members of the Fortnightly Club, which was observing its 50th anniversary.

A fire destroyed 300 feet of the Mount Beacon incline trestle and about 50 acres of timberland. The blaze, which began near a switch in the tracks, burned for five hours and attracted hundreds of spectators.

Ralph Di Menza, a peanut and hot wienie vendor, was fined $35 after he pleaded guilty to slapping Charles Fowler, a New York Central railroad baggage master, during an argument. A Fishkill man was sentenced to 30 days in the county jail after a fight at the Bank Square tavern. And a woman was released on $25 bail after being accused of hitting another woman in the back with a bottle.

The City Council declined to add the streets of the Groveville Park section to the city highway system until residents repaired them. It also rejected a proposal that all dogs in the city be muzzled. 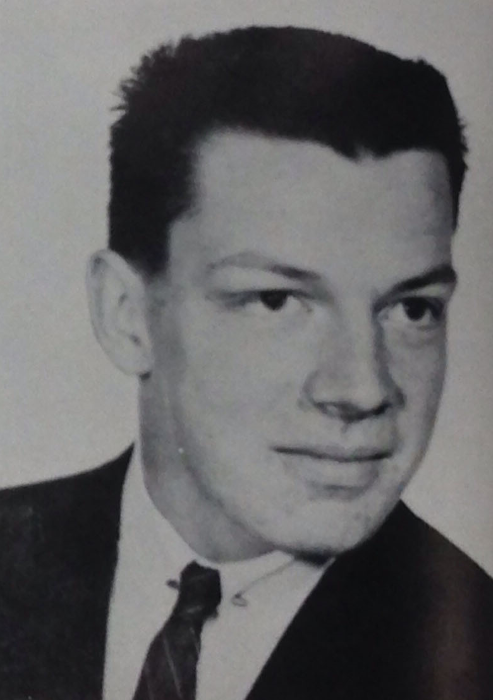 Dick Phelps, 28, a 1959 Beacon High School graduate known as “Digger” because his father was an undertaker, was named the head basketball coach at Fordham. [In his one season at Fordham before departing to coach for 20 seasons at Notre Dame, Phelps led the Rams to a 26-3 record and a No. 9 national ranking.]

John Humeston, who nearly tied a national high school record for most pins in a season, was named to the All-Dutchess County Scholastic League wrestling team. The 97-pound senior finished with 23 pins in 25 matches.

A 28-year-old man employed in the shipping department of the Skyline Clothing Co. was shot and mortally wounded inside a Newburgh tavern.

On a Monday afternoon, Superintendent Donald Sipe closed Beacon High School early because of what he said was an escalating “racial situation.” On Tuesday, 400 of the 950 students were absent, while about 50 black students picketed outside, singing “We Shall Overcome.” The Poughkeepsie Journal reported that a meeting of about 500 residents that night “broke down when parents began arguing about interracial dating.” On Wednesday, 300 students were absent, and during a two-hour assembly led by Sipe, 100 white students left to march around the building. Authorities believe tensions had escalated after a fight the previous Friday between two girls at Rombout Middle School. [At the time, 82 percent of BHS students were white, 14 percent black and 4 percent Puerto Rican. Today it’s 51 percent white, 30 percent Hispanic and 19 percent black.] 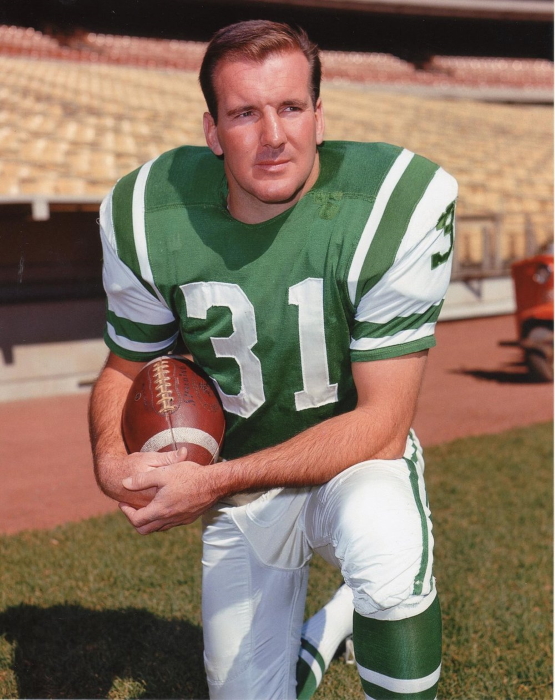 Bill Mathis of the New York Jets spoke at the Beacon Pop Warner awards banquet in 1969.

Bill Mathis, the New York Jets running back, spoke at the Beacon Pop Warner Football League awards banquet. Mathis answered Coach Weeb Ewbank’s call to come out of retirement and had his best season since 1965, rushing for 355 yards. He held the Jets record for the most career carries, at 1,044, in 137 games. [It’s now held by Curtis Martin, with 2,560 in 123 games. In 2012, Mathis sued the NFL for negligence, saying it knew of the dangers of concussions far sooner than it admits.]

Two police officers rescued a 14-year-old babysitter and four children from the second floor of a burning apartment house on Beekman Street but were not able to save a 7-month-old boy and an 18-month-old girl. The mother of the victims was working the third shift in a factory about a block away. The patrolmen, Joseph Lotsko and John Johnson, spotted the blaze at about 11 p.m.; they climbed a ladder to a balcony, where Lotsko climbed through a window and handed the children to his partner until he was forced out by the heavy smoke. The basement and first-floor apartments were both empty, officials said.

The New York State Bridge Authority began discussions about adding a second Newburgh-Beacon bridge because of heavy traffic on the two-lane span (5 million crossings annually), with more expected when Interstate 84 and a Macy’s shopping complex in Fishkill were completed. [A second two-lane span was finished in 1980; the bridge today has 25 million crossings annually.] 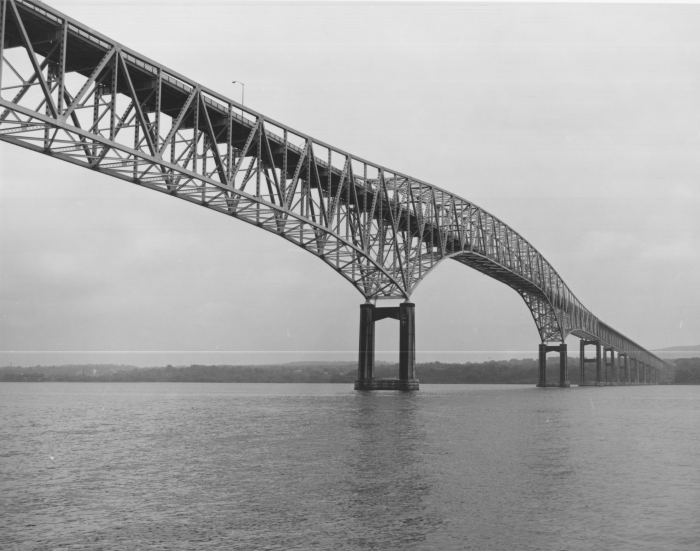 Ten students who attended a two-hour meeting with city officials asked for a public swimming pool and a riverfront park. The vice chairman of the Recreation Commission responded: “We’ll help you in any way we can, but don’t come to us for any money. We don’t have it.” Another commission member told the students that the Beacon Recreation Center Association had raised $20,000 in a campaign to build a facility at Memorial Park but the fundraising chair was dead and no one knew what happened to the money.

School district officials said that a new electronic device, which they would not describe, helped them trace four callers who, over five days, made bomb threats to the high school.