Julie Mastrine, of Beacon, is the director of marketing for AllSides.com. 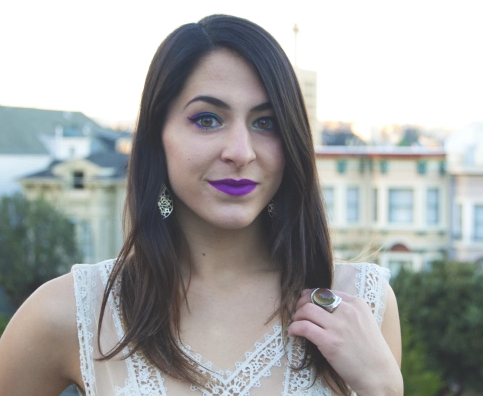 AllSides.com is best known for its Media Bias Ratings chart. How is that compiled?
We have multiple methodologies. We have editorial team members from all over the country and different places on the political spectrum, and they reach a consensus. We also do surveys where we strip identifying info from content and have people rate how biased they think it is. We’ve done ratings for about 600 media outlets. Bias isn’t the problem; it’s when sources try to hide their bias.

So the ideal would be to end up in the center?
Our center doesn’t mean a source is unbiased or neutral or reasonable or even credible. It just means it doesn’t predictably favor either side of the political perspective. In fact, a source with a center rating might omit certain perspectives.

How did the site get started?
John Gable, who worked for Republicans, including Sen. Mitch McConnell, and then went into tech, gave a speech about 15 years ago where he expressed his concern that the internet would polarize us and train our brains to discriminate against each other in new ways, and that’s exactly what happened. He teamed up with Joan Blades, who co-founded Moveon.org, and in 2012 they created the site to help people break out of their filter bubbles — that is, when someone is only exposed to news and information that confirms their beliefs, or they only interact with like-minded people to the point where you may view the other side as evil. We see a lot of that on the internet. Even search engines keep you in your bubble based on what you click on.

You compiled a list of 11 types of media bias. Is there one that drives you particularly crazy as a news consumer?
For me, it’s “spin,” when a fact is presented in a way that makes it vague or tilts one way or another. For instance, the phrase “Trump rages” jumps out. To me, that’s colored language. But I’ve had the argument with people who say, “That’s a fact. He’s raging.” It can be difficult. You also often see media bias, I think, in rural versus urban. A lot of media is written by people who live in Los Angeles, New York and Washington, D.C., so middle America can be omitted or misrepresented.

You also are a fire dancer. When did that begin?
That’s something I got into when I lived in San Francisco. It’s part of flow arts, when people perform with props, such as hula hoops. You can set them on fire, although you don’t have to. There’s a community of fire dancers around Beacon, actually. We do a lot of practicing without fire, but the fire is the fun part.