The Garrison school board announced on Wednesday (April 22) that it has hired a superintendent to succeed Laura Mitchell, who left in December.

Carl Albano, who was most recently superintendent of the Tuckahoe school district in Westchester County, will begin July 1, the board said. If the board approves a three-year contract at its May 6 meeting, as is expected, Albano will receive a salary of $198,000; he earned $255,000 in his last year at Tuckahoe, and Mitchell made $184,000. The Garrison district has had an interim superintendent, Debra Jackson, since January. 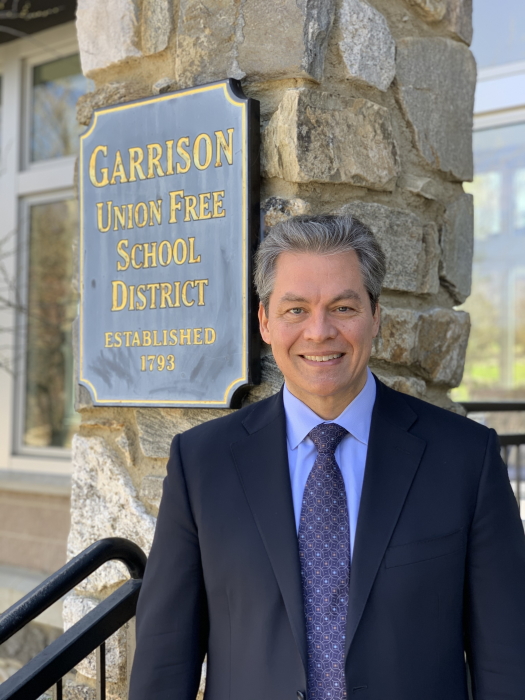 “One of his noteworthy accomplishments was leading the district through a comprehensive strategic planning process, which resulted in revised K-12 curricula, new and innovative course offerings, expanded co-curricula programs and increased student achievement,” the Garrison board said in a statement. “In addition, Mr. Albano successfully planned and managed a $9,987,000 capital project, which added instructional space, repaired infrastructure and enhanced safety.”

Added James Hoch, the school board president: “We are excited someone of Mr. Albano’s depth of experience will be joining the Garrison community.”

In a letter to the community dated April 27, Albano wrote: “My highest priority will be providing stability and continuity of education until the current COVID-19 pandemic is behind us.”

He informed the Tuckahoe board in June 2019 that he planned to leave his position at the end of the 2019-2020 school year. Instead, he left Dec. 2 and was replaced by an interim, Amy Goodman, who on April 22 was named by the Tuckahoe district as his successor.

Albano lives in Larchmont with his wife, Maria, who is a special education teacher in the Mamaroneck district, and their two children, Ava and Carl, the district said. His father, George Albano, is a longtime educator in Mount Vernon, and a cousin, also named Carl, is a Putnam County legislator.

Mitchell, who was hired as the Garrison superintendent in 2014, said in an email to parents last fall that she and the board had reached an “amicable mutual agreement” for her departure. In a statement dated Nov. 1, the board wrote that “after many months of deliberation” the district and Mitchell had “agreed to move in a new direction.”