The chart below shows the average percentage of people in Putnam, Dutchess and other Hudson Valley counties whose phones moved fewer than 330 feet per day during the week that ended April 27. 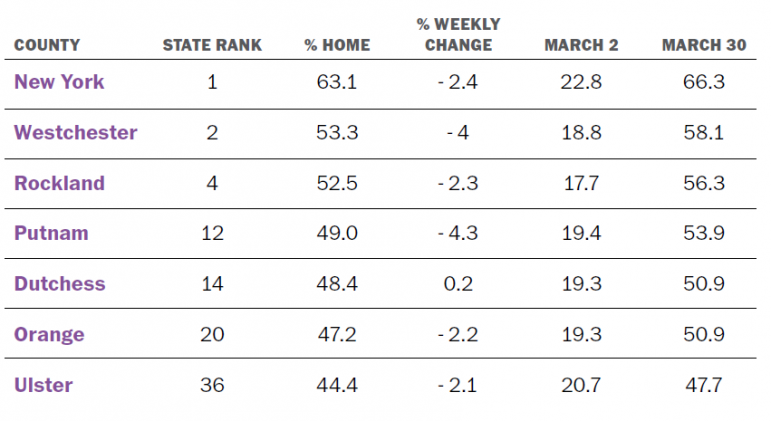 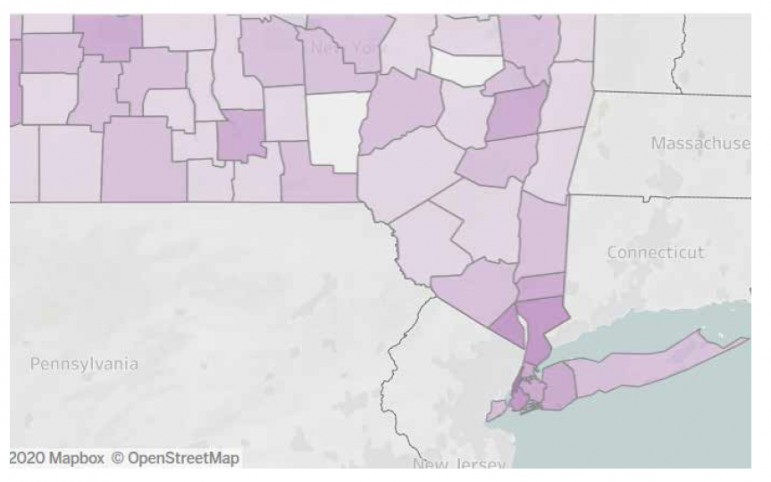 The darker the purple, the more people who are staying close to home.

The peak day of isolation locally was Monday, March 23, when 55 percent of the residents of Dutchess and 60 percent in Putnam did not go far. The data since mid-March suggests that just under half of Highlands residents are staying home on any given day, compared to about 20 percent in January.

2 thoughts on “Moving Around”