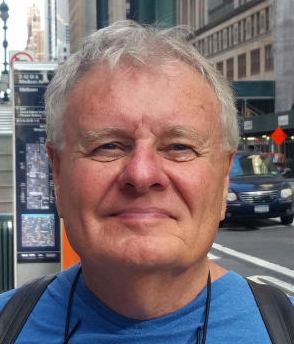 Bill was born on July 8, 1940, into a family of nine children. Being the youngest, and with three deaf sisters, he began to understand life’s injustices and developed a sense of empathy at an early age, according to his family. As a young man, he sailed the Caribbean, hiked to the opening of the St. Lawrence Seaway and traveled to the San Francisco Bay area, inspiring a lifelong attraction to Northern California.

While working full-time, he attended the University of Wisconsin and earned degrees in speech communications and physical education. He taught at schools in the Milwaukee area before fulfilling a long-held dream to move to Australia. He taught in Sydney for three years before returning to Milwaukee to care for his aging parents.

Bill was an admirer of Samuel Johnson, and traveled to England for a long walk through the countryside, pastures and villages — all haunts of the writer. He loved the experience so much he found a job at a village pub, living above it for nearly a year.

He later moved to San Jose, California, where he opened a coffee shop, among other ventures. He moved to the New York area to be closer to his family; his niece, Suzanne, introduced him as her Uncle Bill, which stuck as a nickname.

According to David Dickinson, his partner of more than 50 years, Bill was an uncomplicated man who was passionate about the injustices he saw. His smile made everything good, Dickinson said.

Besides David, Bill is survived by his sisters, Thelma Kamuchey and Evangeline Norton, both of California; a sister-in-law, Susan Kamuchey of Florida; and a brother-in-law, Stan Smith. Shortly before his death, Bill wrote a letter to The Current thanking Dr. Cynthia Ligenza and Terry Alexander for his care.